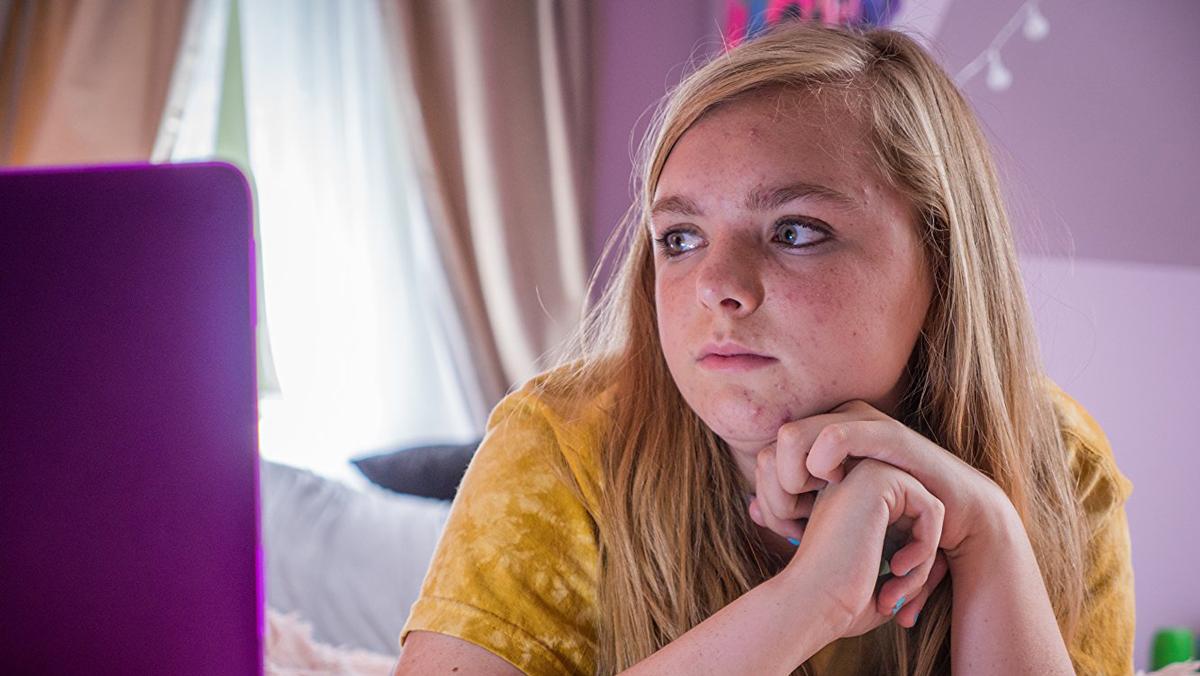 A24
Bo Burnham's directorial debut offers an honest, realistic and loving look at growing up in the age of social media.
By Arleigh Rodgers — Staff Writer
Published: August 28, 2018

It’s easy to mislabel “Eighth Grade” as solely a teenager’s film — it speaks to the burgeoning 14-year-olds in the audience and broadcasts their insecurities on the screen before them. But the honest and loving way writer and director Bo Burnham treats the newly blossomed teen at the focus of his film speaks to all members of the audience. Following the shy protagonist Kayla (Elsie Fisher) in her final year of middle school, the film proves to affect not only the cringing hearts of the teens familiar with Kayla’s situation but also the sympathetic ones of the adults who have already lived it.

Kayla’s story begins with the three trademark trills of Apple Photo Booth. She’s recording a YouTube video while reading an original script from a piece of paper in her hand. Her first video, the one that opens the film, is about being yourself. Full of a teenager’s natural jargon — “um,” “like” and “so … yeah” — Kayla’s speech reaches few viewers, but her desire to be heard is clear. But on the following day at school, her principal announces that Kayla has won “Most Quiet” in her grade’s superlatives. She opens a time capsule, made two years earlier by her sixth-grade self, with the other superlative winners, speaking to no one and keeping her eyes down.

It’s not an act of bullying, necessarily, that her peers have given her this award. But Kayla’s embarrassment is felt all too viscerally through Fisher’s raw talent. Burnham doesn’t attempt to conjure up another cruel, unrealistic way adolescent characters can bully each other. He instead relies on Kayla’s — and, in many ways, our — universal need to be loved, respected or admired by her peers. Slowly, “Eighth Grade” becomes more than just a narrative central to Kayla. It becomes a story about our yearning to be validated by others and about the personalities we develop to adhere to the status quo.

These desires, vital to Kayla’s story, are brought to life by a collection of uncomfortably familiar encounters — the elusive moments with a boy she finds attractive, the unavoidable confrontations with the popular girls in her grade and the equally intense and loving moments with her father (Josh Hamilton). Only when she steps in front of her camera, hands shaking, is she the most vulnerable. These moments are accentuated by Anna Meredith’s impeccable and whimsical score, which calls forth the overwhelming exhilaration and unmistakable melancholy of life in Kayla’s shoes. It’s a life that is thwarted and thrust forward by her own mistakes and inhibitions. It’s called learning. It’s called growing up.

But it is because of her shy disposition that we revel in her triumphs. Layered over with words from another video about controlling your confidence, we see Kayla, who at one point earlier in the film has somehow accepted a parent’s invite to a popular girl’s birthday party, ask to sing karaoke in the middle of a bunch of people. Suddenly, she’s in a different universe, caught up in her happiness and conviction in herself. Perhaps the kids around her don’t feel the same, or maybe they think what she’s doing is odd. But in that moment, the camera doesn’t turn to the bewildered faces of her teenage peers. It stays on Kayla, and it stays on her for a long time. Long enough for the audience to see the joy and light fill her eyes.

Kayla’s story is the perfect picture of a teenager’s life — it’s unpredictable and filled with uncertainty, discomfort and humiliation. But Kayla learns from it. As the film ends with a video for a second time capsule — one to be opened at the end of her senior year — there is a note of hopefulness in her voice. “Stay cool,” she says. “I can’t wait to be you.” The viewer, too, can’t help but feel endeared by her ability to stay positive despite the awkwardness and the pain the year has brought her. She’s quieter, but we’ve seen her confidence bloom alongside her shyness. It’s clear by the end of the film that Kayla is content to be both.