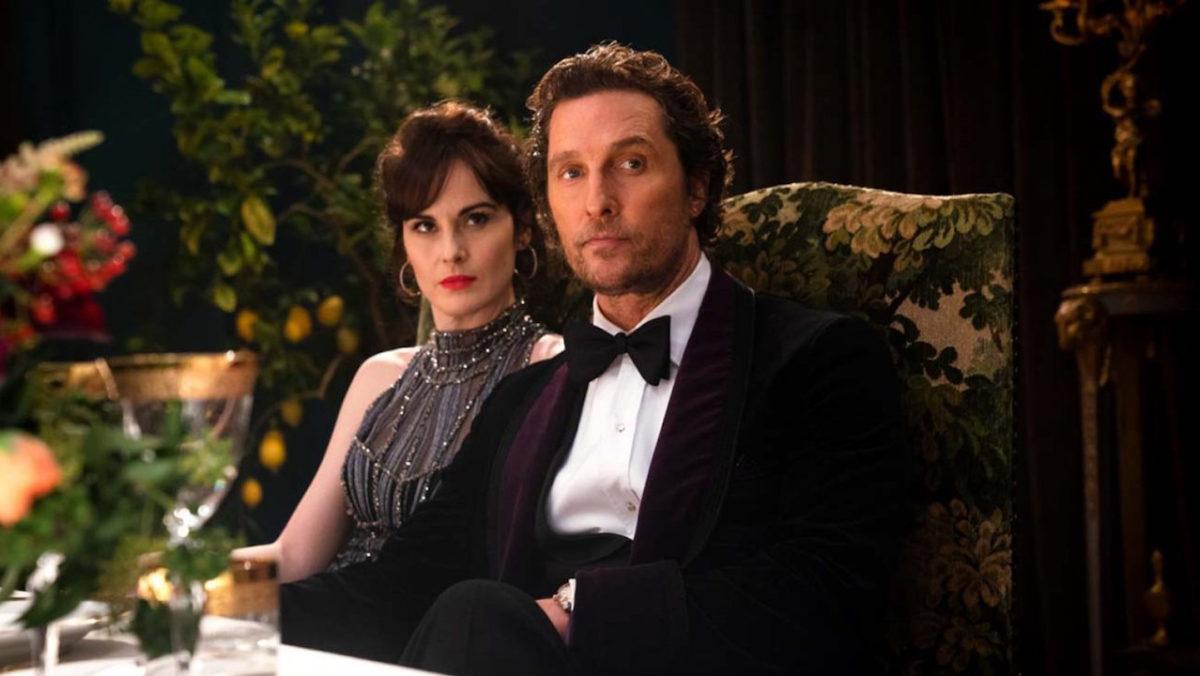 Courtesy of STX Entertainment
"The Gentleman," directed by Guy Ritchie, un unabashedly British in its humor. Unfortunately, the cast of excellent actors cannot make up for the film's disorganized narrative.
By Liam Conway
Published: February 9, 2020

Guy Ritchie is very British. Never has that been more apparent than with his latest film, “The Gentlemen,” a comedic thriller narrated by the character Fletcher (Hugh Grant) as he tells the film’s events to another character Ray (Charlie Hunnam).

Fletcher recounts the actions of wealthy marijuana dealer Mickey Pearson (Matthew McConaughey) as he tries to sell his drug empire to Matthew Berger (Jeremy Strong). While “The Gentlemen” contains absurd British humor that is coupled with energetic performances, the film is entertaining but forgettable.

“The Gentlemen” thrives as a Ritchie film, but Ritchie’s writing flair often makes the story lack cohesion. The problem with the stylized writing is that it often takes priority over the actual story, and it makes the conflict of the film muddled and confusing. Often, it feels like Ritchie prioritizes a joke or a clever metaphor over a real story beat. This is true for much of Mickey’s dialogue, as he uses convoluted colloquialisms instead of saying what he thinks. Sometimes this can add a bit of stylish flavor to the film, but, most of the time, it just feels unnecessary.

Although the film might be jumbled, Ritchie’s quick and witty writing style occasionally works. Fletcher’s constant narration contains moments of metahumor about the cinematic process. This humor is jarring at first, but, eventually, it is easy enough to settle into the self-aware nature of the dialogue.

In a similar vein, it feels like Ritchie wants to let the audience know that he is British. Thus, Ritchie includes many British celebrities spouting British slang. Sometimes, this can be fun because the characters are so unapologetically British, but other times the characters are offensive and rude just for the sake of it. The constant explicit humor often undercuts the story and confuses the viewer about who they are supposed to be rooting for. Every character is a double-crossing gangster, often with murderous tendencies. They all act in their own self-interest and almost never think twice about others. As a result, it is challenging to empathize with the characters.

Outside the overcomplicated story and overcooked attempts at crude humor, “The Gentlemen” offers some entertainment value in its acting and production design. Every member of the star-studded cast gives it their all and works overtime to sell their lines. Specifically, McConaughey’s swashbuckling swagger helps to make every scene more entertaining, as well as Colin Farrell’s commanding presence as Coach. Coach is like an old wizard who is quiet and subdued but wise enough to beat anyone at their own game. Coach also, well, coaches a gang of boxing trainees at his disposal that furthers his formidability.

The best part of the film, however, is watching Hugh Grant as Fletcher, a character unlike any role he has ever taken. It felt as if Grant was trapped doing romantic comedies forever, and, when he got this role, he blew the doors off with excitement. Fletcher’s flamboyance is a joy to behold, and it’s tough not to giggle as Grant bounces through every scene.

Ritchie’s latest offers a lot in the way of visual stimulation with the colors popping off the screen and the set’s lavish scenery. Characters arrive in every scene wearing outfits that are somehow better than their last. It was rather easy to be entertained just by watching the awesome threads donned by the actors after every cut. Specifically, the patterned jumpsuits the athletes from Coach’s gym wear are highlights of the film. If this movie were played on mute, someone might walk in and be entertained just by looking at it.

Unfortunately, Hollywood has made a habit of making passable movies. “The Gentlemen” is another movie that will do enough financially to justify its release, but it’s not enough to stand the test of time. If someone really wanted to go to the theater, “The Gentlemen” might be worth checking out, but it won’t linger with the viewer afterward. Ritchie managed to create an entertaining ride, but it fails at being anything more.

Matthew McConaughey stars in this biographical drama about an AIDS patient who sells illegal drugs to other patients.