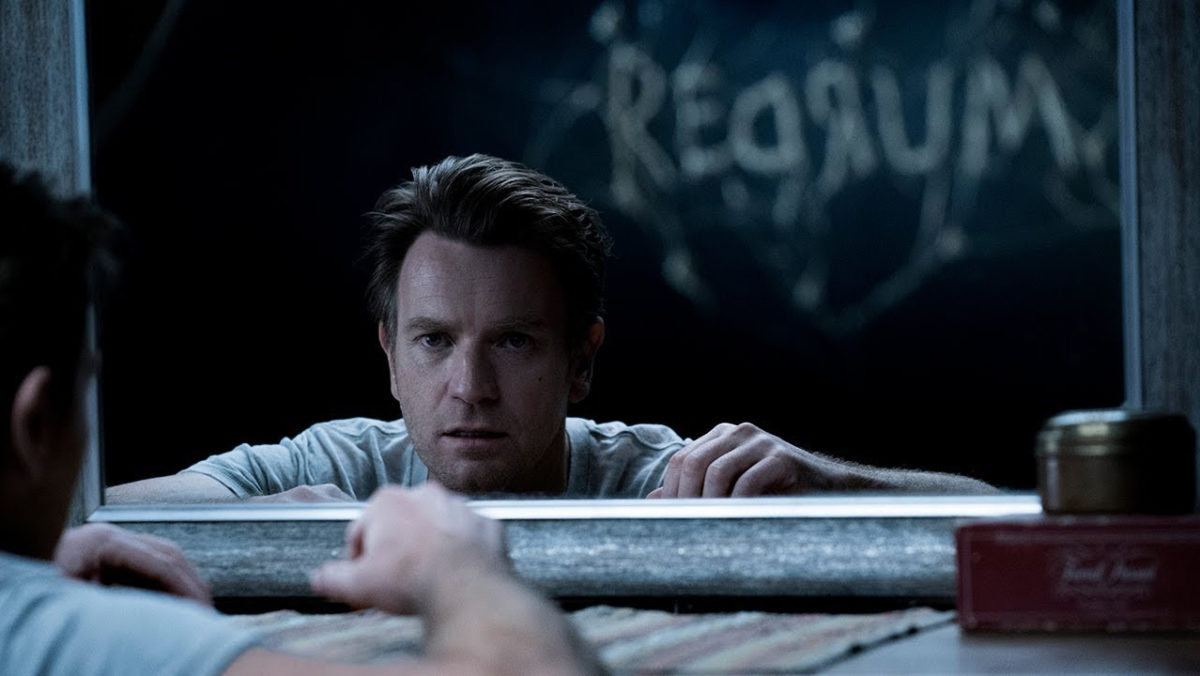 Courtesy of Warner Bros.
Dan Torrance is haunted by ghosts of his past in "Doctor Sleep," a sequel to Stanley Kubrick's "The Shining." While the film draws on parts of Stephen King's novel, its narrative falls short.
By Jake Leary
Published: November 19, 2019

The Overlook Hotel, untended and abandoned, looms out of the Colorado snow. A malignant beacon draws Dan Torrence (Ewan McGregor) back into its waiting, hungry halls. First appearing in Stephen King’s 1977 novel “The Shining,” Dan uses his powers to save himself and his mother from the haunted Overlook Hotel. And then they run far, far away as fast as they can. But no matter where Dan goes, the ghosts always find him.

Over 40 years later, “Doctor Sleep,” directed by Mike Flanagan and based on the novel by King, shows Dan all grown up. In the intervening years, he’s found a way to dull the psychic noise — booze. Destitute and drunk, he hops on a bus and ends up in Anniston, New Hampshire — another stop on Dan’s endless escape from his past. Instead of burning out, he joins an Alcoholics Anonymous group, finds a job and reconnects with his dormant telepathy. He leaps from reprehensible to saintly a bit too fast, but the film has other demons to face.

The True Knot, a vampiric cult, tromps across America, torturing and killing preteen telepaths to steal their life-lengthening psychic essence. Led by the smug, self-centered and terrifying Rose the Hat (Rebecca Ferguson), the group finds and hunts the most powerful child it has encountered: Abra Stone (Kyliegh Curran).

For most of its 153 minutes, “Doctor Sleep” plays at superheroics, gussying the film up with horror iconography and shaping Abra into a Marvel-ready hero. But in the end, Abra and Dan are overshadowed by a misguided play at audience nostalgia.

Rose and Abra possess well-matched power, and both are undone by unchecked egos. Advantage tips back and forth between the two in a tense battle for control and superiority. Ferguson and Curran exude arrogance and flip nimbly between steely and childish.

A showy midmovie mind fight between them dips into surreality and demonstrates Flanagan’s penchant for visual spectacle. Rose astrally projects herself into Abra’s mind. The earth spins beneath Rose, buildings fly by and, eventually, she gracefully lands on Abra’s street. It’s a beautiful scene — ethereal and cold. It’s ominous too. For the first time, Rose has unfettered access to her prey. But Abra, with Dan’s help, gruesomely traps her. Nothing rankles the powerful like facing their better.

It’s well-worn material, especially for King, who takes a whack at this sort of story approximately once a decade. But the film adaptation of “Doctor Sleep” has cache the novel doesn’t. It’s a sequel to two of the most popular horror stories of the 20th century: “The Shining,” written by King and “The Shining” directed by Stanley Kubrick. The similarities between the two stop at the name and premise. Flanagan blends the book and movie, leaning on Kubrick’s version more than King’s original.

The final confrontation among Abra, Dan and Rose swings the trio cross-country, depositing them in the Overlook Hotel. From a hedge maze to heptagonal carpeting, it’s a total re–creation of Kubrick’s expansive haunted house. Dan tours the building, lingering in familiar spots before moving onto the next reference. Familiar faces — or at least approximations of them — show up too. Passable Jack Nicholson and Shelley Duvall look-alikes star in re–creations of famous shots.

King’s “The Shining” ends with the Overlook exploding. His “Doctor Sleep” ends at the site where the hotel once stood with new buildings built on bad ground. Kubrick’s movie leaves the building intact, giving Flanagan license to return there for a nostalgia-packed final bout. Dan fights Rose, but his biggest battle, the one against his past, takes place elsewhere: inside and always.

The film, like so many King adaptations, streamlines and simplifies. King is a messy writer with an infamously dodgy track record, but “Doctor Sleep” is his best book in the last decade. The book is a well-paced, small-scale empowerment fantasy and a well-managed exploration of trauma. Flanagan crafts a story more concerned with re-creating the past than understanding it, and he misses the point of Dan’s struggle.

The complexity of trauma disappears and is replaced by the catharsis of victory. It’s a cleaner narrative, maybe even a more satisfying one, but it’s emptier too.