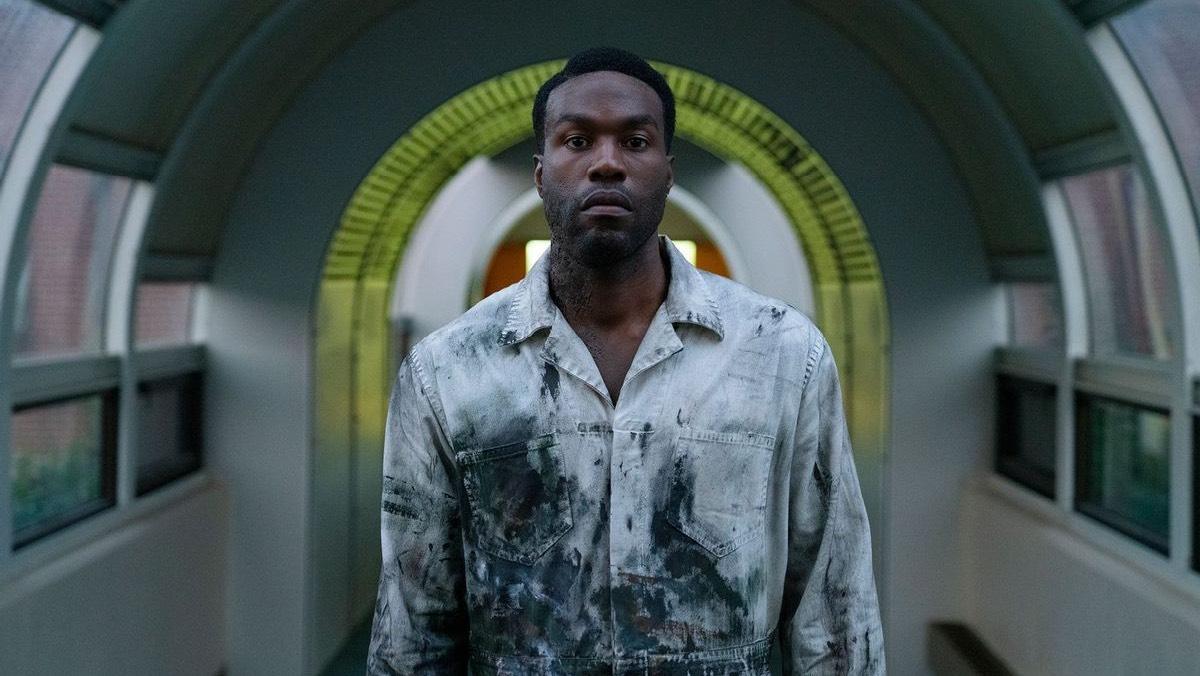 Are people still scared of the boogeyman in 2021? Probably not, and with actual global turmoil affecting our daily lives, little room is left to fear creatures that go bump in the night. However, what if the boogeyman was a direct product of the current environment? What if generational trauma from centuries of racism and violence in America produced a hook-wielding specter? Bernard Rose’s 1992 film “Candyman” waded into horror with social commentary, but Nia DaCosta’s 2021 sequel-cum-remake of the same name crafts a uniquely strange terror out of real–world fears.

To Tony (Yahya Abdul-Mateen II) and Brianna (Teyonah Parris), the plot of the first “Candyman” is simply an urban legend told in the dark and wrapped into a dare; say his name five times in front of a mirror and the Candyman will appear. Depending on who tells the story, the Candyman can be any number of victims coming back for vengeance.

Clive (Brian King) says Candyman is the man he saw beaten to death with candy in hand by police when he was a child. Others tell the story of Candyman as Daniel Robitaille, a Black man that was publicly lynched in the 1800s for falling in love with a white woman. Each version of the story centers around a Black man from Chicago returning to exact revenge after being victimized by racial violence, a notion that draws Tony — a painter undergoing serious creative blockage — into Candyman’s web.

While the original “Candyman” film –– based on a short story by novelist Clive Barker — approaches the ramifications of its heavy subject matter, it ultimately forgoes giving depth to the theme of Candyman’s racist origins in favor of spooky thrills. With this new film, director Nia DaCosta shares screenwriting credit with Jordan Peele and Win Rosenfeld, who bring the commentary to the forefront with bold candor. Anyone familiar with Peele’s directorial work, “Get Out” and “Us,” knows that he hardly cares for subtlety. “Candyman,” like Peele’s previous films, specifically employs its bluntness as a tool for spreading messages to the widest audience. The end result is both confrontational and complex in reckoning with its subject matter of racialized violence.

However, it also helps that “Candyman” is quite scary. Woven between scenes of an art critic deriding Tony’s art for exploiting gentrification and silhouetted retellings of Candyman’s death are brutal outbursts of hook slashings. DaCosta comes to this film after only having directed the drama “Little Woods,” but the precision and intricacy in the direction of “Candyman” feels totally fresh. The film unfolds through nightmare-like, slow–burn sequences intertwined with horrific violence, evoking real–world crimes like police brutality. In other words, the film is not an example of escapist horror.

A common motif in the film is mirrors as the primary haunting ground for Candyman’s terror. Nearly every frame contains some kind of reflection or doubling of its subjects, from a glass-paneled elevator to a pocket-sized makeup mirror being used to manipulate scares.

Much of the film’s central journey through uncovering Candyman’s grasp on Chicago relies on knowledge of the first film — forget about the two terrible subsequent sequels. Even though ample time is given for recap, some of the twists and turns might be lost on newcomers to the film.

In the best way, “Candyman” feels like a type of horror movie that rarely gets released anymore, and certainly not to this wide of an audience. It may be a sequel, but the ideas presented are completely fresh and hard-hitting. If anyone wants to watch this movie and can still muster enough courage to say his name, then maybe they were not paying enough attention.