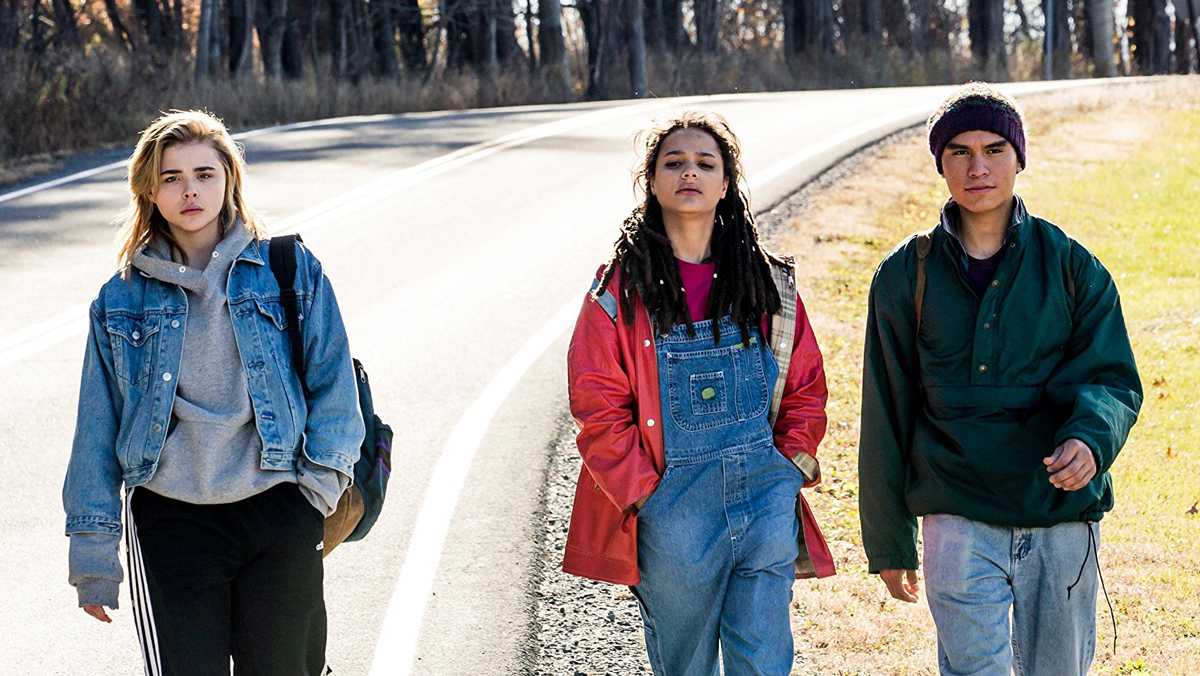 “The Miseducation of Cameron Post” is a messy movie but only because it deals with a messy subject.

Directed by Desiree Akhavan and based on the novel by Emily M. Danforth, “The Miseducation of Cameron Post” examines the contradictions between sexual liberty and religious conservatism. Cameron Post (Chloë Grace Moretz) is sent to God’s Promise, an isolated gay conversion therapy camp, after she’s caught hooking up with a girl from her Bible study group. As the weeks pass, Cameron and the other disciples — the title given to residents of God’s Promise — attempt to reconcile their sexualities with the demands of their conservative guardians and the harsh tactics of the camp’s leaders. While at God’s Promise, Cameron befriends Jane (Sasha Lane) and Adam (Forrest Goodluck), two bitter disciples who dream of escape.

Cameron doesn’t say much. Though she’s the viewpoint character for the story, a significant portion of the film is spent focusing on her body language, not her words. Moretz is expressive in these close, intimate moments. She is able to communicate a range of emotions from amusement to confusion without opening her mouth. During a phone call home, the camera focuses on Cameron’s hands as she anxiously twists the cord around her fingers. Though her face isn’t visible, her nerves are evident. Equally compelling are Cameron’s moments of explosive enthusiasm. An unrestrained scene in which she jumps on a table and sings along to “What’s Up” is juxtaposed with her perpetual stoicism. It’s those moments of contrast that make Cameron not only a compelling character but a believable teenager as well — she’s not like the glamorous, self–assured caricatures of youth that plague teen films, but rather a confused and flawed adolescent.

The leaders of God’s Promise, Reverend Rick (John Gallagher Jr.) and his sister Doctor Lydia Marsh (Jennifer Ehle), are the antagonists of the film, but they’re not portrayed as cartoonishly evil. Lydia believes she’s acting in the disciples’ best interest. She believes that she can improve the teens’ lives by stripping them of their identities. She speaks like an addiction counselor but acts like a Marine — her gentle intonation belies her authoritarian nature. Lydia’s mission and methods result in deep psychological trauma for several of the teens at God’s Promise: One disciple mutilates himself after he loses hope of ever being released from the camp. Even though she believes her mission is just, right and ultimately helpful, the side effects of Lydia’s treatment are horrifying and grim. Lydia’s attempts to help only cause harm, and that irony is the most unsettling aspect of the film. And though Lydia isn’t on screen often, her presence is a constant threat.

Rick is the bubbly balance to Lydia’s harsh bedside manner: He’s jovial and oblivious where she’s strict and observant. But he’s also troubled in a way Lydia is not — Rick was the first disciple of Lydia’s program. A scene set after one of the disciples mutilates himself gives the clearest indication of Rick’s struggle. As he breaks down, the viewer realizes that he’s as much a victim as the other disciples of God’s Promise; he was raised to feel guilty for who he is, and that self-doubt and shame follow him throughout the film. Rick represents the future that awaits the disciples of God’s Promise — lives plagued by doubt, shame and confusion. Unlike Cameron, Jane and Adam, there’s no hope for Rick: He’s trapped by the Church with no chance of escape, no opportunity to fight back. His character is a tragic example of the effect of Lydia’s reprogramming.

Every character is afforded the same nuanced characterization. Each disciple at God’s Promise is given a moment to express concern, doubt or confusion about their situations. Several of the disciples actually believe that their sexualities make them inferior to their heterosexual peers. There isn’t a clear ideological divide between those who lead God’s Promise and those who are trapped there, a conflict which fuels the film’s central question: Does spirituality come at the cost of identity? In the film, the church is as much an ally as an enemy: It simultaneously gives the teens purpose and condemns their identity. It’s a nuanced approach to faith that is often overlooked.

The only disadvantage to the character-focused mode of storytelling is that “The Miseducation of Cameron Post” is a largely plotless experience. There’s no buildup to the climax, and scenes feel more like voyeuristic looks into God’s Promise than important story beats. That isn’t to say the film doesn’t have drive or purpose. Akhavan’s approach is naturalistic and unrefined, just like the lives of the characters she portrays. In most movies, characters service the plot. In “The Miseducation of Cameron Post,” the opposite is true.

Akhavan’s film is a wonderful example of character-first storytelling. “The Miseducation of Cameron Post” provides insight into a messy, complicated and unpleasant side of American life and does so without resorting to childish exaggeration and stereotyping. It’s a painful viewing experience, but a worthwhile one.