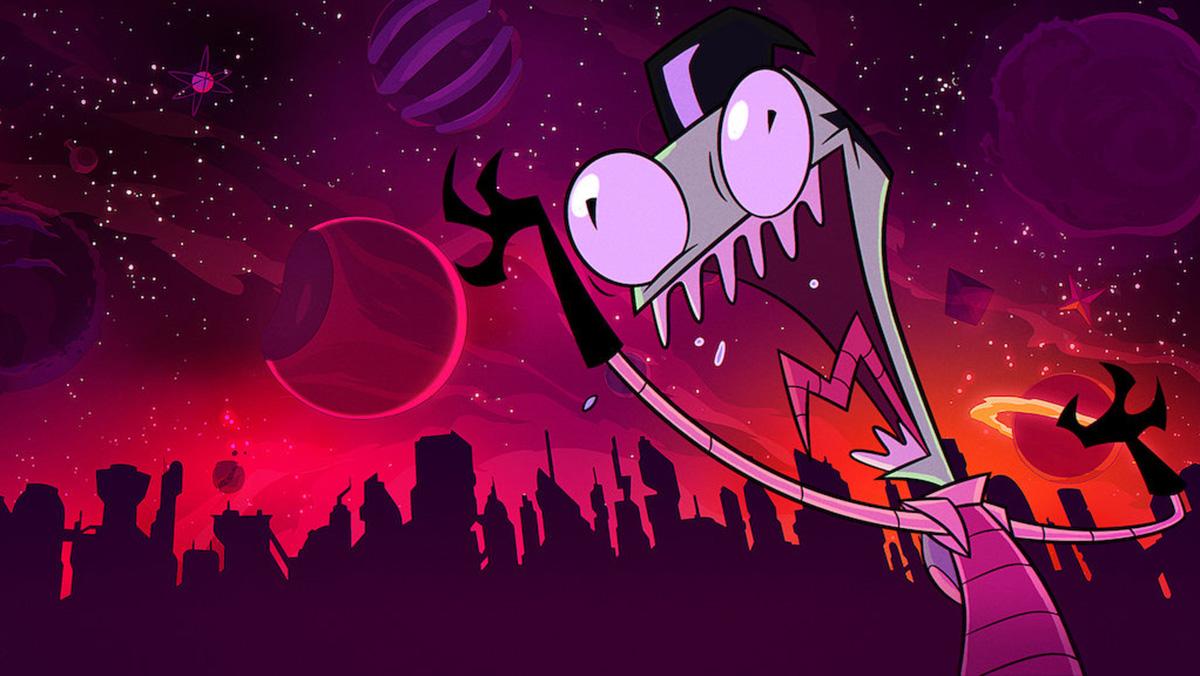 Netflix
It has been 15 years since the last episode of “Invader Zim” aired, and the new “Invader Zim: Enter the Florpus” movie is a welcome addition to the show’s canon. The comedy is dark and wacky, and its jokes are well-executed.
By Alex Hartzog — Staff Writer
Published: September 2, 2019

The last time audiences saw Invader Zim of the Irken Empire, he flushed himself down a toilet, never to be seen again. That was in 2002. Cut to the present, and Zim has finally returned from his hiding toilet, ready to begin phase two of his evil plan to conquer Earth.

Originally canceled part-way through its second season 17 years ago, Nickelodeon began production of “Invader Zim: Enter the Florpus” in April 2017. The movie, which serves as a continuation of the original series, was overseen by series creator Jhonen Vasquez and saw much of the original cast reprising their roles.

Much of “Enter the Florpus” feels like a love letter to not just the original series but to animation in general. Even minor characters like Bloaty the Pizza Hog make an appearance, and the movie is rife with references to the entirety of the “Invader Zim” canon, including a scene of Floopsy Bloops Shmoopsy, a gag from the “Invader Zim” comic book. Various references to other animes, like “JoJo’s Bizarre Adventure” and “Dragon Ball Z,” are sprinkled throughout the movie, allowing for extra gags for fans of those series. The movie’s over–the–top art style, combined with an overly serious speech from main character Dib Membrane, sets the eccentric tone perfectly, letting the audience know that “Enter the Florpus” is going to be extremely self-aware throughout its runtime.

Similar to the original series, “Enter the Florpus” sees Dib attempt to stop Zim and his evil machinations from conquering Earth. The most recent product of these plans is the massive Florpus, an interdimensional black hole, Zim created accidentally as part of phase two of his plan to conquer Earth. The Florpus drives the plot forward and gives a sense of urgency to the story; if Dib and his family cannot save Earth in time, the planet will be absorbed into the Florpus and collide with alternate realities.

The movie also tackles themes of acceptance and family. Dib constantly deals with his father, Professor Membrane, not believing him about Zim’s and other supernatural phenomena’s existences on the premise that they are not scientific. Dib’s little sister, Gaz, also ceaselessly puts him down for his shortcomings. Zim deals with similar feelings, as he realizes he was never meant to conquer Earth on behalf of the Irken Empire. These themes are expressed throughout the entire movie, allowing for character development for both Zim and Dib.

One unsettling aspect of “Enter the Florpus” is the occasional use of entirely computer–generated animations. To someone who watches animated shows or is an animator, the shift between computer–generated and hand–drawn animation can be quite jarring because the scenes move much smoother than other pieces of animation in the rest of the movie. The switch between the two, while slightly unsettling, does not detract from the feel of the movie.

The same wacky and borderline dark comedy that made the original series popular makes a triumphant return in “Enter the Florpus.” Overnight, many jokes from the movie flooded the internet as memes. The humor can get quite dark at times, especially for a movie produced by Nickelodeon, and sometimes the jokes are not executed to their fullest extent. There are times when a joke could go far darker but stops just short of what the audience would expect to happen. Outside of those fringe cases, “Enter the Florpus” executes many of its jokes flawlessly, with hardly any falling flat. “Invader Zim: Enter the Florpus” is an absolute joy to watch for longtime fans of the series and newcomers alike. This love letter to the Invader Zim franchise shows every ounce of effort that went into it and is a worthwhile addition to the series’ canon.