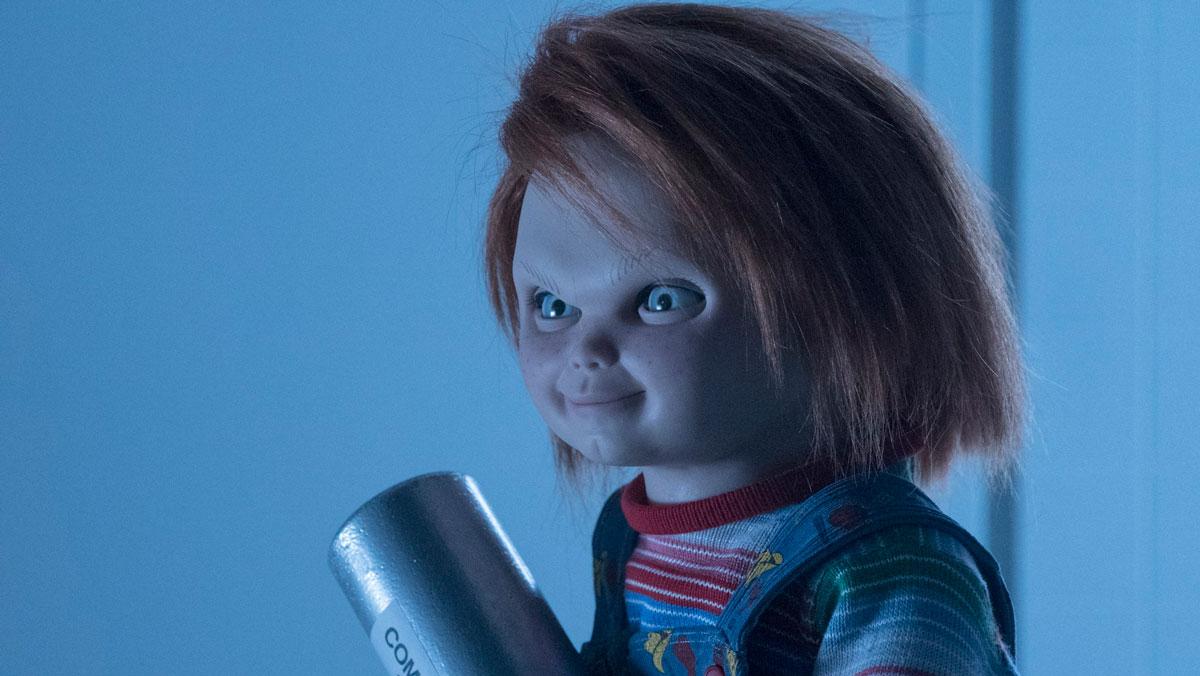 Universal 1440 Entertainment
In the seventh installment of the "Child's Play" series, Chucky (Brad Dourif) develops the ability to possess multiple people at once and uses his new skill to track down Nica (Fiona Dourif).
By Colin Tessier — Staff Writer
Published: October 6, 2017

“Don’t you think it’s time to bury the past once and for all?” Dr. Foley (Michael Therriault) asks as his patients insist Chucky (Brad Dourif) is more than a children’s toy — he’s a manipulative supernatural serial killer. After watching “Cult of Chucky,” the answer to that question is a resounding “yes” in regard to the “Child’s Play” franchise. The latest film is a direct sequel to “Curse of Chucky” and is the seventh installment in the series. The bulk of the film is uneventful, and as a whole, it is a superfluous sequel.

Most of the movie takes place in a mental institution where Nica Pierce (Fiona Dourif) is committed. Pierce was placed in the facility after Chucky murdered her family in “Curse of Chucky.” While Nica struggles to deal with the loss of her family, Chucky, a possessed doll, finds his way into the hospital. Chucky aims to use his new ability to possess multiple bodies at once to build a cult of killer dolls. In addition to this goal, Chucky is determined to convert Nica into a killer.

The film’s most fatal failing is its lack of a strong protagonist. Most of the story leads the viewer to believe that Nica is the hero of the story. At the beginning of this chapter, Nica is convinced that she created the persona of Chucky and subsequently killed her family. Viewers that have seen this film’s predecessor know that Chucky, not Nica, killed the Pierce family. The majority of the plot centers around Nica’s struggle to prove that Chucky is real when no one else believes her.

While she is a protagonist, she is not a hero because she passively watches most of the plot unfold. Nica’s most valiant moment comes when she asks Dr. Foley to burn the Chucky doll’s fingers in an effort to prove that he is alive. The fact that Nica must act through others rather than directly influencing the action of the movie weakens her credibility as a protagonist. Beyond her struggles to prove that Chucky is real, she remains static throughout the movie. As a result, the viewer has no reason to care about her.

Some horror movies can be successful without a hero, but this film is unable to accomplish that. The slasher genre focuses more on creative violence than compelling characters, but “Cult of Chucky” is as bland as a film could be. The latest addition to Chucky’s story is not frightening. It is not even off putting because its viewers have seen the basics (an evil doll, a mental hospital, over-the-top gore) before.

The majority of the film drags on monotonously. There are no jump scares, and nothing in the film makes the viewer particularly uncomfortable. Even when Chucky kills people, the movie falls flat. For decades, horror movies have used bizarre objects as murder weapons, and this movie fails to build on that. In this film, Chucky uses uses a scalpel, a power drill and a broken glass bottle to kill people. Fans of the franchise, and horror in general, have seen it all before.

“Cult of Chucky” is a disappointing addition to the “Child’s Play” franchise. It does not bring anything new to the Chucky mythos. The film does not have a convincing protagonist, which makes it difficult to invest in the action on screen. For a horror film, this movie is not scary in any way.

“Hi, I’m Chucky. Wanna play?” the supposedly lifeless Chucky doll asks. After watching the latest addition to the franchise, the answer to that question is a resounding no. Playtime is over, and it is time to put this toy away.