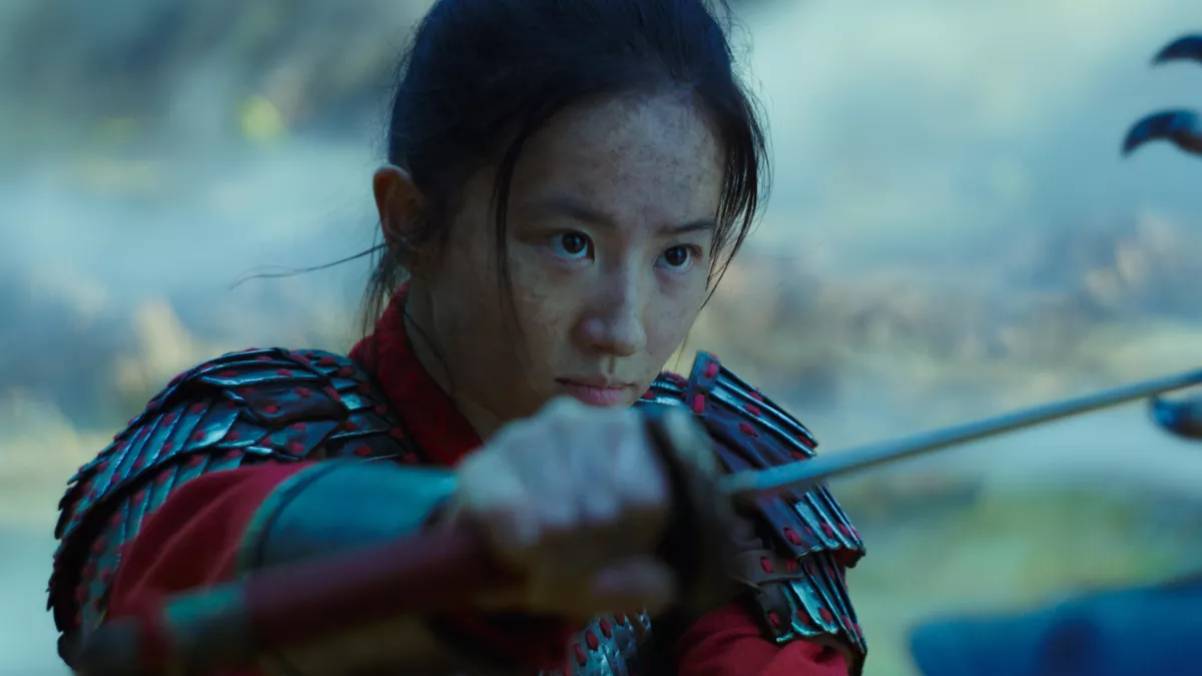 Courtesy of Disney
A live-action remake of its 1998 classic, Disney's "Mulan" contains vibrant scenery, but this does not make up for the new film's dull plot and script.
By Sarah Diggins — Staff Writer
Published: September 14, 2020

The world has been subjected to yet another lackluster live-action remake of an animated Disney film. Although these remakes are intended to breathe new life into older narratives, Disney often backs itself into a corner of constant comparisons to the original films. The time has come for 1998’s “Mulan” to fall victim to a visually stunning, but narratively dull, redo.

Originally intended to be released theatrically in March, “Mulan” was released on Disney’s streaming platform, Disney+, Sept. 4. “Mulan” follows the titular character (Liu Yifei), an agile and incredibly loyal outcast, as she disguises herself as a male in order to take her father’s place in the Chinese army.

Director Niki Caro beefs up the original plot with the addition of Xianniang (Li Gong), a villainous, shapeshifting witch who, like Mulan, is an outcast in her community. Another new character is Hua Xiu (Xana Tang), Mulan’s younger sister. Although she doesn’t have a significant role herself, her inclusion adds depth to the sacrifice Mulan makes for her family. Li Shang, the captain of the Chinese army and Mulan’s primary love interest in the original, is not present in the remake. He is replaced by Chen Honghui (Yoson An), a soldier who holds the same rank as Mulan.

Despite not being a musical like its predecessor, audiences get hints at the original film’s score through a lovely soundtrack. A powerful instrumental rendition of the ballad “Reflection” plays at several points throughout the film. Additionally, “Mulan” is visually stunning, from the images of rolling mountains to intense battle scenes filled with thousands of soldiers to a fun and colorful party scene.

Unfortunately, “Mulan” is as narratively tiresome as it is visually vibrant. The script is dry and allows for little depth in terms of character development. An example is a heart-to-heart scene between Mulan and her father (Tzi Ma) at the beginning of the film. Instead of being an emotional father-daughter conversation, it comes across as forced and awkward.

In the 1998 rendition, Mulan has to work tirelessly to overcome adversity and become a mighty warrior. In the 2020 version, Mulan seems to have natural fighting abilities, as shown in a flashback scene from her childhood. She only believes in her own power once others start to take notice. This causes the film to offer a potentially harmful take for viewers: A woman’s abilities are only worthwhile once a man with authority takes note of them. Mulan comes off as flawless, with all her duties as a warrior coming extremely easily to her. An important message the remake robs from the original is that women are still powerful when they make mistakes, and it takes away so much of what made Mulan’s story resonate.

The script also suffers from poor execution of side plots. The film attempts to add suspense to a predictable plot through the addition of Xianniang. However, her character plays too much into the evil sorceress archetype to be interesting. The conflict she has with Mulan is resolved quickly, and the subplot adds little to the overall story.

2020’s “Mulan” is considerably more serious and violent than its animated counterpart. The remake earns a PG-13 rating, a far cry from the original’s G rating. This alienates a young audience, and the narrative and character development issues alienate fans of the original film’s message. The film may be able to find an audience in fans of action movies because fighting sequences are the film’s strongest moments. However, the fighting sequences do not create a complete narrative on their own, making viewing the film for that reason alone hardly worth the added surcharge on Disney+.

Almost anyone can see that this is a major cash grab. In order to access “Mulan,” the viewer must purchase and pay a “premiere access fee” of $29.99 on top of their subscription. While this may make sense for a family, a single person would be paying up to three times as much for the film as if they saw it in theaters. Lead actress Liu Yifei also faced controversy for her support of the Hong Kong police, which is accused of using excessive force on anti-government protesters. Many have since called for a boycott of the film because of the actor’s problematic stance. For a film surrounded by controversy and filled with subpar writing, “Mulan” may only be worth the watch once its premiere access fee is dropped Dec. 4.