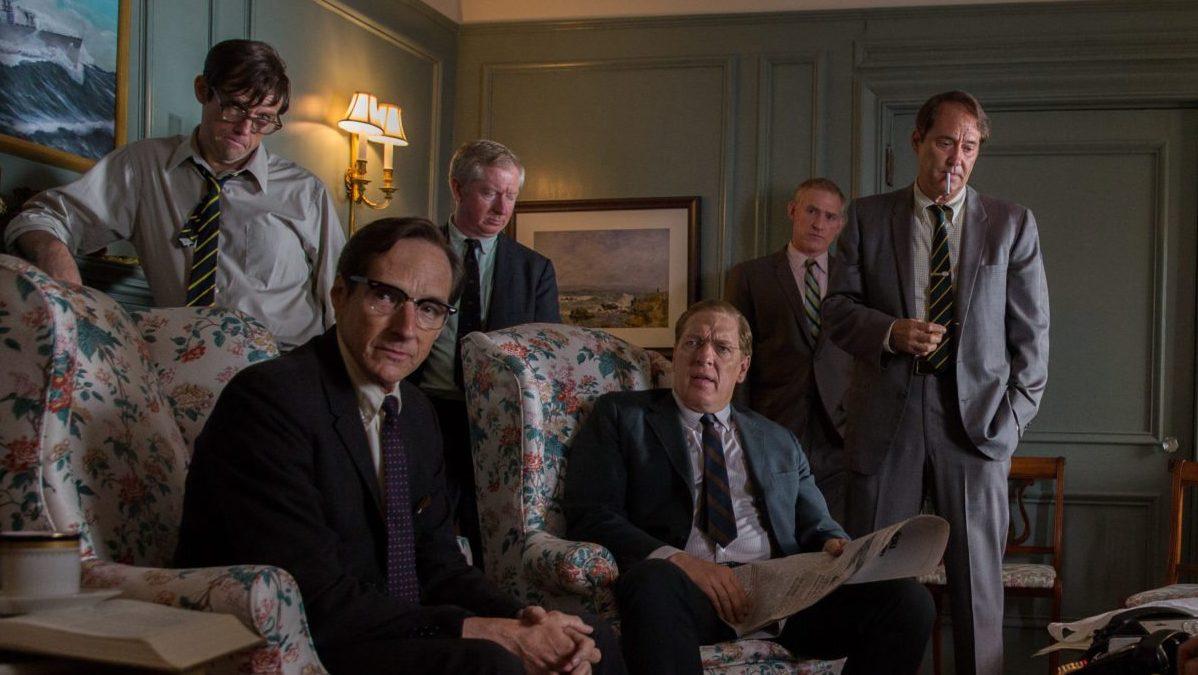 In a chilling vignette of a forgotten scandal, “Chappaquiddick” reminds audiences why Ted was the least remarkable Kennedy brother.

On Friday, July 18, 1969, U.S. Sen. Ted Kennedy drove a car off a bridge and into a tidal channel on Chappaquiddick Island in Massachusetts. Kennedy survived, but his passenger, 28-year-old campaign strategist Mary Jo Kopechne, didn’t. In “Chappaquiddick,” a simple but effective political thriller, director John Curran depicts this infamous incident and the hysteria that follows and sheds light on Kennedy’s entourage of politicians who protect the family’s reputation at any cost.

Though the Chappaquiddick event and the Kennedy family are at the film’s center, its true focus is on the people who surround the family — the political fixers that maintain the Kennedy mythology. However, the film doesn’t try to dismantle this mythology through a dark exposé of what was the nation’s most-known family; instead, it portrays the mechanics behind how this mythology was reproduced. Through its focus on the Kennedy-adjacent political fixers, Curran and writers Taylor Allen and Andrew Logan take a refreshing path toward telling a story about a Kennedy. By concentrating on the people that stood by the sides of the family, the film delivers a rich character study about what the Kennedy legacy did to everyone else.

However, these supporting characters wouldn’t be as compelling if it weren’t for Ted Kennedy (Jason Clarke) himself. Ted, the last living Kennedy brother at the time of the events, spends the film living in the shadow of his brothers. Jack was the charismatic one, Bobby the smart one and Joe Jr. the golden child, leaving Ted looking mundane in comparison. Clarke’s understated performance masters Ted’s entitled yet insecure personality. Rather than glorifying Ted, the film focuses on how his family’s high expectations affected him. Ted is aware he’s defined only by his family, and Clarke portrays an almost childlike fear throughout that manages to humanize him without excusing his actions.

Ted’s moral dilemma — whether or not to be honest with the American people — is not presented as heroic, and this refreshingly unromanticized view separates “Chappaquiddick” from previous Kennedy family stories. Unlike the 2011 miniseries “The Kennedys,” which utilized Massachusetts’ beauty to emphasize comfort and wealth, “Chappaquiddick” is populated by haunting views of a New England summer that portray the shadiness, corruption and danger that lives within million-dollar beachfront homes. The Massachusetts town in “The Kennedys” feels quaint and warm, as opposed to “Chappaquiddick,” in which the environment feels dreadful and unsettling.

The cast’s inevitable failure to capture a Boston accent is the only significant similarity between “Chappaquiddick” and other Kennedy-based stories. Apart from this minor flaw, the supporting characters all manage to hold their own. Especially convincing is Ed Helms as Joseph Gargan, the character who serves as the film’s moral center. Helms’ compassionate performance stands out the most, not only because of his charming, underplayed humor, but also because of the impactful weariness that accompanies his every line.

However, the film falters with how it contextualizes itself. Exposition is especially important in films based on actual events, but the film’s verbal nods to history feel cheap and can be boiled down to, “Hey, remember the Bay of Pigs?” or, “Hey, remember that this is the ’60s?” These drawn-out moments of uninspired dialogue break the rhythm by reminding the audience that it’s watching a movie. When Ted speaks of his late brothers, he sounds like a voiceover from a documentary, precisely underlining his relationship with them and how they motivate his every decision. Ted’s motivation is simple — to live up to the Kennedy name — and yet the film beats audiences over the head with it. These references’ lack of subtlety drags down scenes throughout the film.

The hardest part of telling a historical narrative is justifying why the audience should care when it already knows how it will end. Those familiar with American history already have all the puzzle pieces that make up this scandalous and tragic story. However, the cynical picture of a man cradled in entitlement and protectors that Curran creates with those pieces is one viewers haven’t seen before.