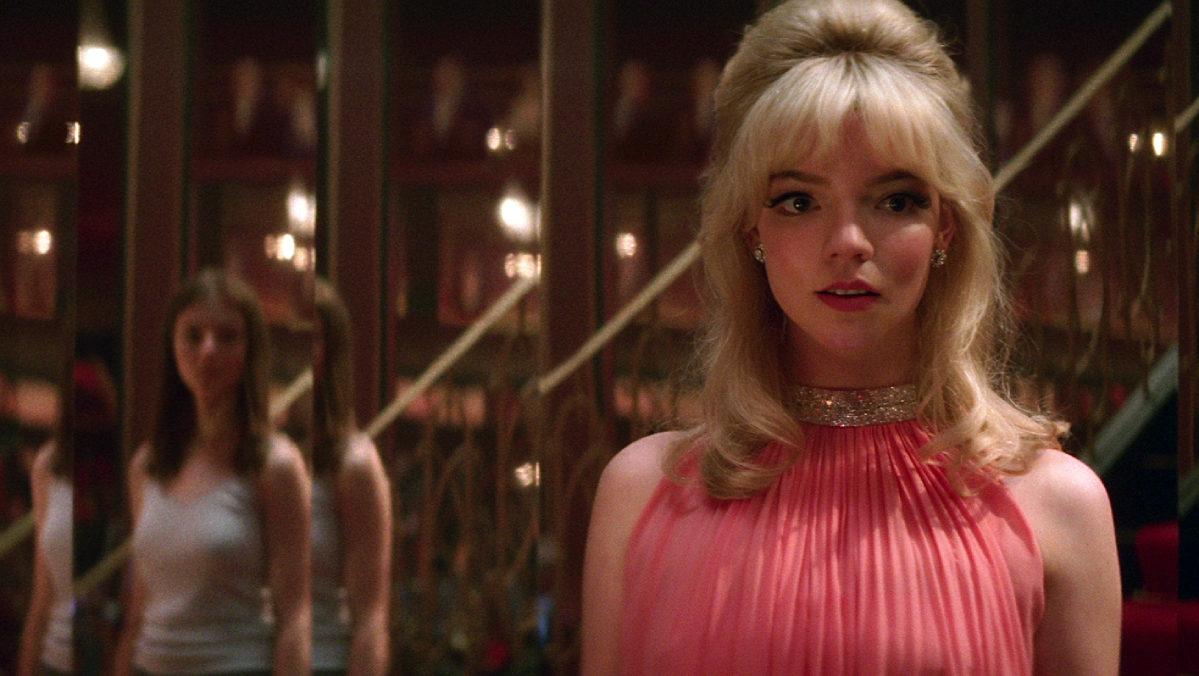 Although it’s littered with intricate, mind-boggling effects and cinematography that transports viewers back to 1960s London, “Last Night in Soho” is an unworldly spectacle that unsuccessfully attempts to be a girlboss-psychological thriller. Written and directed by Edgar Wright — director of “Baby Driver,” “Scott Pilgrim vs. the World” and “Shaun of the Dead” — “Last Night in Soho” is a slow-burn, mind-bending thriller that explores what could happen if secrets buried in 1960s Soho, London found their way to the present.

“Last Night in Soho” follows Eloise Turner (Thomasin McKenzie) who moves from her rural small town to London to study at the London College of Fashion. Things take a turn for the peculiar when Eloise — who has the ability to connect to spirits — is transported to 1960s London when she sleeps each night in her new apartment. In her dreams, she becomes Sandie (Anya Taylor-Joy), a young woman who lived in Eloise’s apartment in the 1960s and was willing to do anything to become a singer. What starts off as Eloise living her best life through Sandie becomes a living hell when Eloise is no longer able to escape her dreams. Sandie’s perfect life is uncovered to be a dark fall from the path to stardom as she is pimped out to wealthy and influential men. Eloise makes it her goal to find the perpetrator that led to the downfall of Sandie’s life and the woman’s apparent demise.

“Last Night in Soho” takes too long to get into the primary conflict of its plot. The beginning of “Last Night in Soho” spends too much time building up the world of the film and setting up Eloise’s character with unnecessary details. It focuses so heavily on Eloise being bullied by her new classmates that the main conflict of Eloise uncovering the seedy life of Sandie comes completely out of left field. The second act redeems many of the shortcomings of the beginning of the film, as it shows Eloise continue to learn more about Sandie and grow obsessed with her. Eloise discovers that Sandie grew victim to being pimped out for sex work and gave up all hope of ever being a singer. Eloise watches helplessly as Sandie is sexually assaulted and abused night after night. By the third act, the line between Eloise’s reality and dreams is unrecognizable, as Eloise is tormented by not only Sandie’s spirit but the men who terrorized Sandie.

“Last Night in Soho” attempts to be a commentary on the physical, mental and emotional burden that sex work has on a person, which it successfully does until the end. The resolution that Wright went with is male-centric and distracts from the promising premise of solidarity among women and working to leave behind your past. Rather than allowing the audience to completely witness Sandie’s pain and trauma, Wright decided to victimize the men who exploited Sandie by the end of the film. This ultimately makes “Last Night in Soho” a commentary on the society that pushes people to engage with prostitution rather than highlighting the lasting impact that sex work can inflict on its workers. In the resolution of the film, female sex workers are made to be the villian in this story to the poor men who fall victim to them. This is a misogynistic tone that is unneeded in today’s film landscape.

In a good way, the editing in “Last Night in Soho” walks the line between whimsical and terrifying. The team successfully juxtaposes Eloise’s life with Sandie’s both in the dream sequences and in Eloise’s real world. The dream sequences are most impressive, as mirrors are utilized as portals between the characters of Elosie and Sandie to reveal that in these sequences, they are the same person experiencing the same reality.

While the plot is slow to unravel, the third act twist is fast-paced and stuns viewers like a cup of cold water to the face. However, at length, “Last Night in Soho” feels glaringly inauthentic. It is the male perspective on a dominantly women’s problem of lack of bodily autonomy and professional agency. If Wright did research or consulted women on this project, it doesn’t show, especially when male characters are the only ones redeemed. “Last Night in Soho” is extremely disappointing, as the premise of a character who can connect to spirits and help them solve the problems of their pasts has so much potential that was not well executed on the screen.