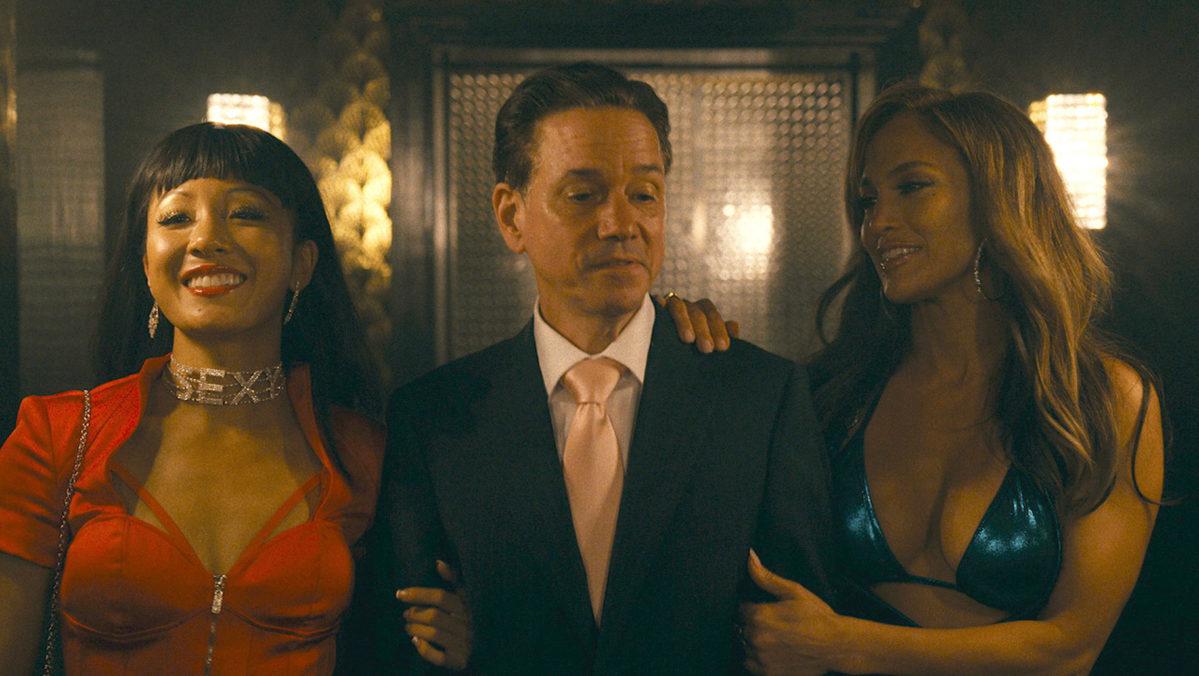 Annapurna Pictures
The star-studded “Hustlers” is sultry without objectifying its core characters. The film and its characters are refreshingly complex, and the womens’ scheme of stealing from rich men is treated with nuance and humor.
By Cora Payne — Contributing Writer
Published: September 23, 2019

“Hustlers,” directed by Lorene Scafaria, is based on an article published in New York Magazine in 2015 by Jessica Pressler. The article followed a crew of strippers and detailed the hustle they pulled off — drugging and robbing rich men in the club as their primary source of income. Based on the press for “Hustlers,” many anticipated a raunchy film with big names and a comedy-focused storyline, all presented through a feminist lens. However, the film has a much heavier plot. Starring Constance Wu, Jennifer Lopez, Keke Palmer and Lili Reinhart, the film is overflowing with talented actresses, and “Hustlers” excels beyond its talented cast.

“Hustlers” follows Destiny (Constance Wu), a young stripper struggling to pay her bills and care for her elderly grandmother. The film jumps between flashbacks to the time the women spent stripping and robbing rich men and the present, in which Destiny is speaking with a reporter. Early on in the film, Destiny befriends Ramona (Jennifer Lopez), an established powerhouse in the strip club world. The performances Wu and Lopez deliver are the highlight of the entire film. Destiny and Ramona are both complex characters — it’s nearly impossible to decide if these women are likable or not — but that’s what makes them so compelling.

The friendship among the women is the focus of the film. Though Destiny and Ramona disagree over and over, they always remain supportive of each other. “Hustlers” explores the middle ground between idealistic and toxic friendships that’s entertaining, accessible and emotionally engaging. It is one of the most engaging representations of female friendship in film.

While Destiny and Ramona are compelling characters, others were less impressive. Palmer and Reinhart’s characters, Mercedes and Annabelle respectively, are fairly two-dimensional characters thrown in for a laugh. Musicians Lizzo and Cardi B also appear in the film, but superfans, don’t get too excited — their roles consist of a small handful of one-liners that, while humorous, are overall insignificant to the plot.

The cinematography in “Hustlers” is well executed. Changes in lighting contextualized critical scenes and allowed for an intense contrast between the present and flashbacks. Present–day Destiny is shown in white exposed light, while in her flashbacks, Destiny is typically in the dark, a thoughtful cinematic indicator of her mindset at different times.

The soundtrack of the movie was also well thought out, and several creative and unusual audio decisions contributed positively to the film. In one scene, when Ramona executes several pole dancing tricks, classical piano plays in the background instead of a sexy club track. This scene is easily one of the best in the movie, and it showcases pole dancing as a beautiful and graceful art form that contrasts how stripping is typically portrayed.

It is also worth mentioning that there are a few problems with “Hustlers.” Destiny addresses that there are several moral issues with drugging men and stealing from them, but the film does not question the morals of the characters seriously enough. “Hustlers” needs to do a better job acknowledging that what these women were doing was wrong. It’s easy to get so caught up in these women’s backstories, filled with hardship and economic challenges, that often the criminal element is forgotten.

“Hustlers” is not just another stripper movie full of sexy scenes and dirty jokes. It is a story full of joy, sadness and camaraderie that will tug at your heartstrings with every twist and turn. The film raises important questions: Who is right and who is wrong? What options do these women have when the system seems against them? Fortunately, “Hustlers” addresses it all beautifully.

Review: Video game is a carbon copy of predecessor