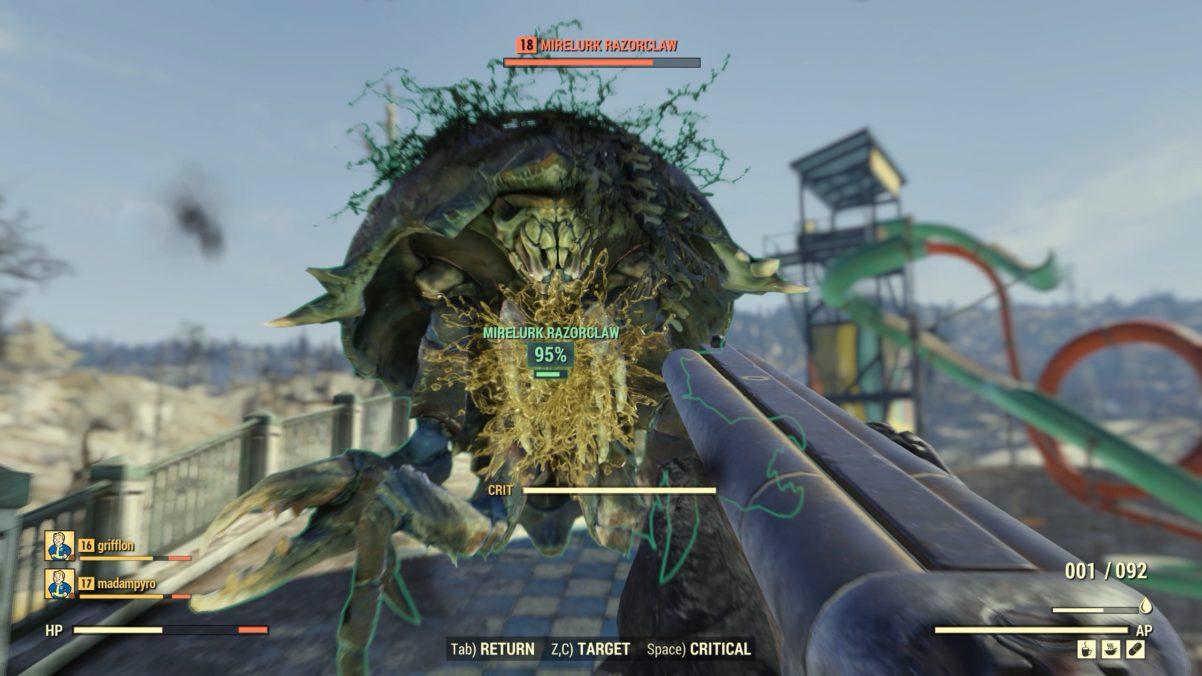 Bethesda Game Studios has released its most ambitious project yet: “Fallout 76,” the first multiplayer game in the acclaimed Fallout series, “Fallout 3,” made its debut in 2008. Fallout fans are now able to experience the futuristic, ’50s-esque post-apocalyptic wasteland of the Fallout universe with their friends.


The game’s setting, Appalachia, is a diverse landscape and soundscape that surmounts its predecessor, “Fallout 4,” which was released in 2015. The Fallout series was first introduced in 1997 with “Fallout,” an open-world, top-view game. In 2008, the series shifted its course with “Fallout 3,” in which the protagonist emerges from Vault 101 to find their father. All Fallout games feature the gamer as the protagonist — typically a vault dweller, with the exception of “Fallout: New Vegas” (2010), who emerges from a vault in search of something they’ve lost while experiencing the diverse world of the Fallout universe. They are often faced with the challenges of adapting to the wasteland they’ve never seen before.

In “Fallout 76,” dwellers from Vault 76 emerge to reclaim the land once ravaged in the Great War. The objective of the game is to set up bases, take on quests and access nuclear launch codes in order to access high-level creatures and a player–versus–player (PVP) zone where players can either team up or fight each other for resources.

Bethesda Game Studios seems to have done its research on West Virginia folklore; it effectively meshes West Virginian legends and Fallout’s original lore to create a product like no other. Not only can players stumble upon cryptids like the Grafton Monster, Wendigo, Snallygaster and Mothman, but real-life locations like the Charleston Capitol building, Harpers Ferry and the famous Greenbrier resort can be explored.

Before its release, fans feared that the multiplayer aspect would result in a poorly-executed story. The lore can only be experienced by an assortment of “holotapes,” or recordings the player can listen to in-game on their “Pip-Boy.” Players can also experience the game’s story through letters and terminals.

The problem with this is that without human or humanoid non-player-characters (NPCs) to tell the story, Fallout loses its flavor. One of the best things about the Fallout games was meeting new characters, hearing what they had to say and playing the game in a way that mirrors those interactions. For example, in “Fallout 4,” the player has the opportunity to side with the Brotherhood of Steel, a prominent faction in the Fallout universe inclined to eradicate all creatures and humanoids that fail to uphold its standards. If the player encounters a group of super mutants or feral ghouls, they are expected to go out of their way to destroy them. This isn’t the case with “Fallout 76.” Players are left to wander the map and gather resources to build their settlements.

However, the storytelling mechanic is key in heightening the true multiplayer nature of the game. There’s more of a focus on the player and whom they choose to explore with. This would’ve been a great mechanic, but it was executed poorly by Bethesda.

One of the main enemies the player can encounter is the Scorched. Like ghouls, they’re affected by radiation, but in “Fallout 76,” they act as a hive. They’re meant to replace the raiders of the previous games, but instead, they de-characterize an already faceless enemy. In previous games, raiders with interesting backstories could be encountered and interacted with. This feature gave a sense of character to the player’s prevalent foe.

After a while, “Fallout 76” leaves the player with nothing interesting to do. Each server has a maximum of 24 players. The map is four times larger than that of its predecessor, “Fallout 4.” The odds of a player encountering another, who isn’t in their squad, is unlikely.

The game feels empty in solo play as well. In previous titles, the player could interact with interesting NPCs and take on gripping quests that accelerated the story and gave an incentive to play with purpose. “Fallout 76” fails to do this. NPCs are limited to robots and humanoids. There are no humans except for the player and fellow Vault 76 dwellers. The PVP gameplay doesn’t provide the same risk and intensity as other games. The only way for a player to eliminate another player is by challenging them to a duel, and after winning, the player is only rewarded with resources that his or her opponent had on them. They cannot take weapons, ammo or clothing. PVP is pointless and drains the excitement from player interaction.

Bethesda Game Studios tailored key gameplay elements to fulfill its intended role of being a multiplayer game, but the game still feels like it’s pre-release. The lack of a human voice diminishes the lovable lore players come back to the series to experience. Old Fallout games were favorable because they had a rich story and interesting characters. Without that, “Fallout 76” feels like an empty wasteland deprived of any significant interest outside of adventuring with friends.