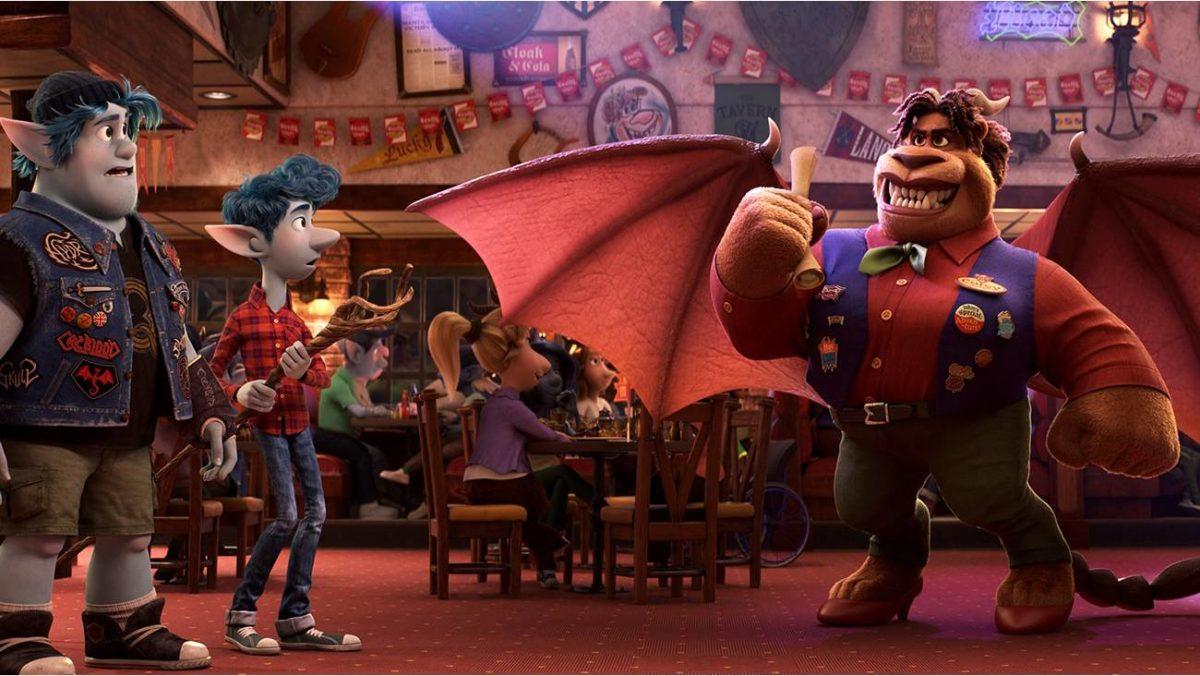 Usually, epic tales of perilous adventure come with a degree of separation between the audience and the characters. The laws of fantasy often defy the way the real world works. Pixar’s newest film, “Onward,” dismantles that barrier and brings a passionate, joyful adventure to the big screen.

Pixar is virtually synonymous with beautiful animation, and “Onward” is no exception. The movie’s world is familiar and mundane, but it still preserves the colorful, magical atmosphere that other Pixar and the Walt Disney Co. films have. Modern suburban elements contrast starkly with the movie’s fictional whimsy — mushroom houses line a paved road, dragons wander the streets on leashes and mermaids lounge in blow-up swimming pools. These clashing elements all culminate into a truly individual world that is unlike anything viewers have ever seen.

Besides the engaging environment, “Onward” is a tender story that explores self-doubt, bravery and the importance of family bonds. Standard children’s movies often feature the stereotypical nuclear family — one dad, one mom and one or two children. Alternatively, “Onward” features a family made up of a single widowed mother, her boyfriend and her two sons, Ian (Tom Holland) and Barley (Chris Pratt). It is refreshing to see a family in a mainstream film that doesn’t fall into what most people consider to be the norm. And because of the realistic hardships the small family has gone through together, their relationships with one another are organic and thoughtful.

The most prevalent struggle the family has gone through was the death of the boys’ dad, Wilden (Kyle Bornheimer). The film doesn’t fully explain how Wilden passed away, but the audience does learn that he got sick and died before either of his sons could really remember him. The whole family is still recovering from their loss, and they find strength in each other to cope.

On Ian’s 16th birthday, his mom, Laurel (Julia Louis-Dreyfus), gives him and his brother, Barley, a present from Wilden. The gift contains a wizard staff, a rare phoenix gem and a spell that has the power to bring Wilden back for 24 hours. After the spell goes awry and only the bottom half of Wilden is resurrected, the brothers set off on a journey to fix their mistake and bring the rest of their dad back before time runs out. The adventure the brothers share is engaging, and their relationship unfolds through a heartwarming series of wacky events, including riding down an underground river on a massive, magically enlarged cheese puff.

Another way “Onward” steps away from convention is with how equitably diverse the cast of characters is. The main and minor characters are drawn in a variety of different body types and characterized as a wide range of ethnicities and backgrounds. For example, Laurel is plus size, and there is a minor character with a disability who uses crutches. The diversity here is for more than just “equality points” but rather acts as a thought-out reflection of real life. No one in the real world has the same body or background, and “Onward” is one of the few children’s movies that acknowledges that fact.

The adventure that unfolds is modeled after classic fairytale epics. The movie explicitly draws inspiration from the tabletop roleplaying game “Dungeons & Dragons.” The spells Ian conjures throughout the movie are pulled from a player handbook from one of Barley’s tabletop games. The game, based on the use of dice and miniature figurines, is reminiscent of D&D in many ways. Any person who is a fan of tabletop gaming will get a kick from seeing what is essentially a D&D campaign unfold.

While the story is not nearly as heart-wrenching or complicated as past Pixar entries, the film undoubtedly holds up to the scrutiny that Pixar movies are always reviewed with. “Onward” has the potential to become a permanent animated classic like “Monsters Inc.” or “Up.”