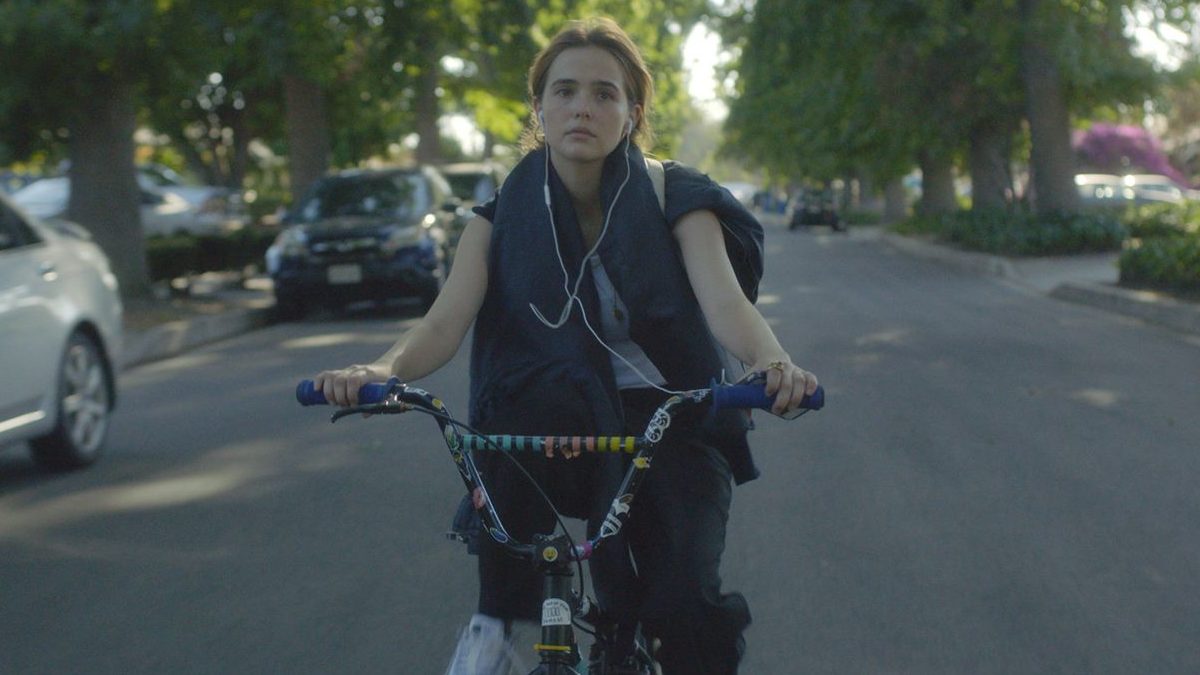 Upon growing closer to Luke and learning more about his troubled past, Erica discovers that he had accused Will (Adam Scott), a former high school teacher, of molesting him in his youth. Stopping at nothing to fulfill her “moral obligation,” Erica enlists the aid of her sidekicks Kala (Dylan Gelula) and Claudine (Maya Eshet), setting out to expose Will as a pedophile with Luke by her side. “Flower” markets itself as a daring, coming-of-age dark comedy, but its script is a complete waste of Deutch and Scott’s talents; the film is inauthentic and unfunny. The characters, especially the women, are caricatures lacking any legitimacy, leaving the audience begging for the credits to roll.

“Flower” constantly reminds the audience that it is a story about a teenage girl written by Max Winkler, Alex McAulay and Matt Spicer, three male screenwriters who have no clue how teenage girls act. Without any female leading writers, a severe lack of truth in the film’s portrayal of women becomes painfully obvious. This is first made evident when the film completely fails to capture the complex reality of an intimate mother-daughter relationship. Erica and her mother act more like sisters than anything else. At one point, the pair even mimic making out with one another, an action no mother or daughter would partake in, no matter how close their relationship is. Their squabbles sound like the kind of arguments two best friends would get into on their prom night, not the kind of arguments a single mom would have with her only child. The nonchalant attitude Erica has toward her own sexuality is yet another bizarre attempt by male screenwriters to develop a coming-of-age female protagonist without any grasp of what it means to be a teenage girl.

Erica’s tendency to casually perform oral sex on potential pedophiles for blackmail material is an action she views as purely transactional. At one point Erica even offers to perform oral sex on a distraught Luke, stating that it is “no big deal” and that she “likes sucking dick.” The complicated topic of sexual empowerment is twisted into a fetishized male interpretation of what sexual liberation in teenage girls might entail. Erica’s sexuality is too often played as a punchline.

Like Erica’s sexuality, serious topics such as statutory rape, pedophilia, suicide and drug addiction are tastelessly played for laughs, completely devoid of nuance. The film’s attempt at dark comedy lacks any tact — every joke is written solely for shock value, from Erica’s comments regarding Luke’s weight (“Aren’t junkies supposed to be skinny?”) to her interactions with the predators she ensnares. The lack of sincerity makes the absence of genuinely funny moments all the more unbearable.

The single redeeming quality of this film is Deutch’s performance. Peeking through a terrible script is a sincerely talented actor whose capabilities are wasted on bad projects. Deutch, whose acting career began on the Disney Channel series “The Suite Life on Deck,” has the potential to become a major star if given the right role. When paired with Scott, an equally talented actor of “Parks and Recreation” fame, some semblance of an honest interaction is unearthed; both Deutch and Scott manage to push through the rotten script to achieve a limited amount of truth in their poorly written dialogue.

However, the quality performances stop there. Deutch is constantly carrying the weight throughout every scene of the film, as nearly every other performance falls flat. Morgan’s performance as Luke is one-dimensional and unbelievable. His monologues, which are intended to be dramatic reveals toward the end of the film, are rigid and flat. Without a cast member of equal caliber to play off of, Deutch is forced to redeem each sloppily written scene herself and make up for the missing aspects of not only Morgan’s performances, but rest of the cast’s as well.

Though Deutch is entertaining to watch, her talent is not nearly enough to make the film enjoyable. The true problem with “Flower” lies in the fact that it is a female-led film made by male writers who have no real insight on the topics they are attempting to tackle.