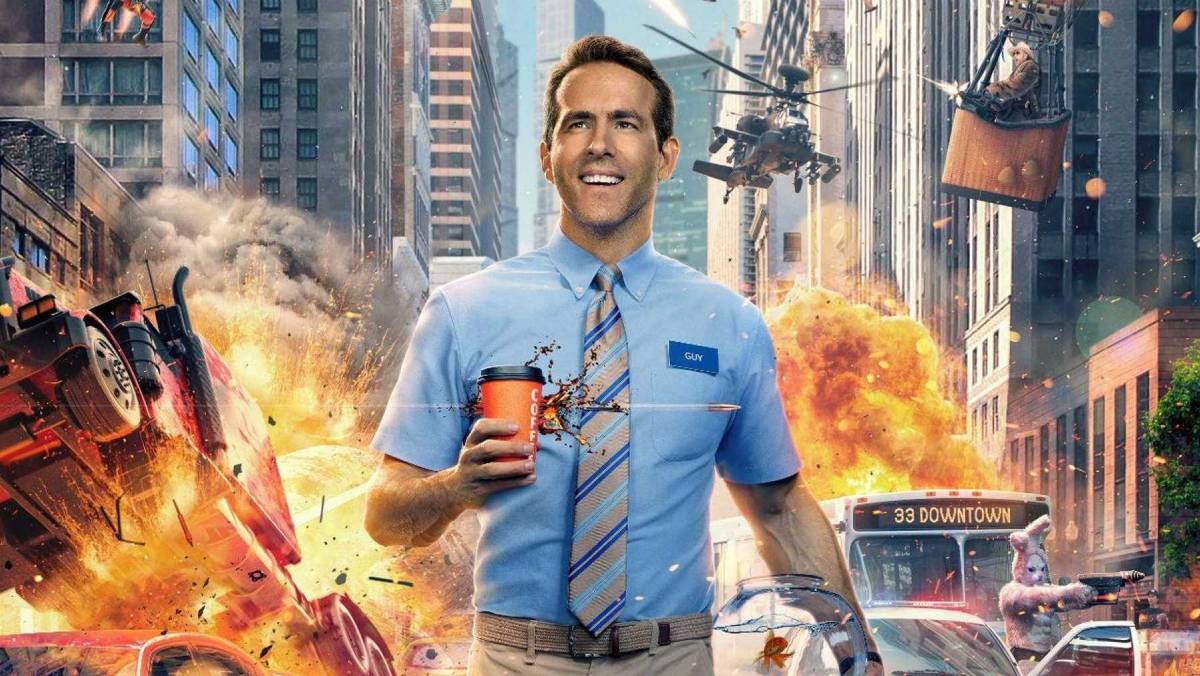 Adding layered plotlines and a dash of intellect to the action genre, “Free Guy” breaks away from typical action movie staples and may foreshadow a new era of action films to come.

Directed by Shawn Levy, “Free Guy” follows Guy, (Ryan Reynolds) who is struggling with succumbing to the tiresome day-to-day of life. Everything changes when he meets Millie (Jodie Comer) — a woman he believes is his dream girl — who reveals to Guy he is a non-playable character (NPC) in the video game Free City. Free City is an online game where players wreak havoc on NPCs in the city to earn points and level up, very similar to games like Grand Theft Auto. Being an extra in the background of the missions of real players is all that Guy knows until he breaks the algorithm. Guy defies his programming by choosing to be the main character of his story, leading to hectic out-of-this-world hijinks and possibly the end of Free City as he knows it.

Guy’s fight against the coders and creators of Free City leads to exhilarating pursuits. In the virtual world, his pursuers build pathways and structures leading to stunts and special effects that suck the audience into Free City. With tight writing and stars of comedy like Taika Waititi and Lil Rel Howery, there exists a constant thread of humorous relief — both slapstick and character–driven — that keeps the heavier moments from being overpowering.

While being extremely entertaining as a summer action flick, “Free Guy” also explores complex and relevant themes. Most prominently the villain Antwan (Taika Waititi), the arrogant CEO of the company that owns the game Free City, fuels the struggle between creativity and capitalism. Antwan cares little about the quality or innovation of a product, but rather how it can make him money. Though he is a fictional character, Antwan serves as frightening symbolism for the possible dark fate that faces those obsessed with wealth.

“Free Guy” has genuine and larger-than-life acting, which is to be expected with the A-list cast of talent. However, Joe Keery did the most with his screen time in the role of Keys. Even though Keys stays in the sphere of a supporting role, Keery manages to give a mature and empathetic performance which shows that the length of a performance doesn’t determine the quality. Keery relays immense character growth and explores the full depths of Keys as a character through top–level subtle acting.

The character of Millie is not hypersexualized, which is refreshing for the action genre. Mille is a programmer whose sole reason for playing the game of Free City is to find proof that Antwan stole her code to create the game. Her goal and relationships with the other characters lead to her feeling fully formed. Female characters can quickly fall to the objectification of the male gaze — especially when the action genre is so heavily male–dominated — but Mille is depicted in the same light as her male counterparts. Comer, who has a history of playing badass women, gives a compelling performance in this role as she explores the fierceness behind a determined woman.

Most importantly, “Free Guy” is one of the first films to demonstrate how gaming can bring people together. Viewers are taken deep into the gaming community like never before through the excellent editing and directorial choices Levy uses to tell this story. Cuts to live streamers and professional gamers playing Free City highlights the interconnected nature of gaming to older viewers, who may not be as familiar with the world of video games. While “Free Guy” offers some of the best entertainment of the summer, taking older viewers to watch it may also get them to stop rambling on about the isolating nature of video games.