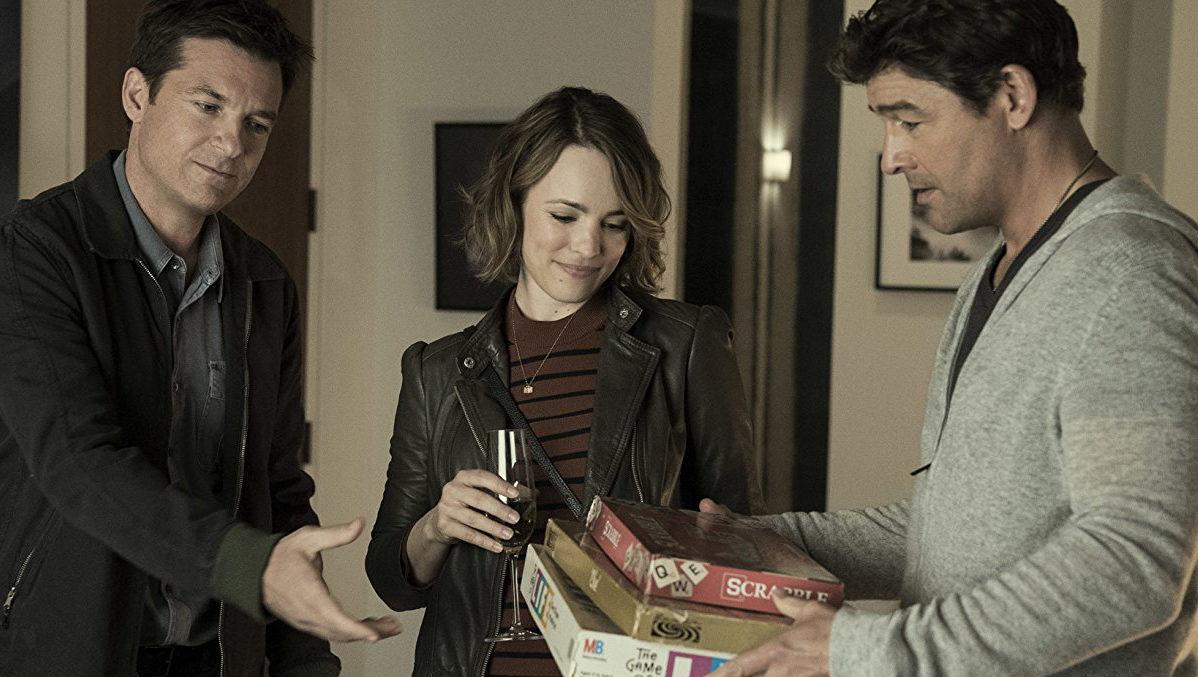 John Francis Daley and Jonathan Goldstein are not known for being particularly high–brow comedy directors. The two have been involved in some of the worst comedy films released in recent years, like “Vacation” and “The Incredible Burt Wonderstone.” Their latest film, “Game Night,” stars Rachel McAdams and Jason Bateman as Annie and Max, a couple that hosts game nights at their house with several of their friends. The film follows a seemingly regular game night until suddenly the group winds up in the middle of a wild crime adventure.

This film is shockingly entertaining to watch and, unlike Daley and Goldstein’s previous projects, contains humor that works because of the characters and the situations rather than cheap stereotypes or bathroom humor. In other words, “Game Night” is funny — really funny.

Almost everyone involved with “Game Night” has also worked on their fair share of mediocre comedies, but here they have finally hit their stride. Bateman works well alongside the ensemble as the straight man caught in shock and confusion. Many of Bateman’s funniest moments come from Max’s relationship with Annie. The comedy is born out of Annie’s fiery character, which creates a natural dynamic with Bateman’s meek portrayal of Max. Max and Annie feel like they are real people with a real relationship, and that genuineness brings humor to their journey.

On top of the two main characters, each member of the ensemble cast has their own plotline, and each character plays on a specific archetype without feeling overblown or ridiculous. The archetypes work because every character has a simple and grounded archetypal setup. For example, there’s a couple that has been together since middle school, along with a friend who comes to game night with a different girl every week. Each character is set up at the beginning of the film, which means the comedic payoffs at the end feel rewarding. Because the characters seem like they could really exist in real life, their storylines feel natural and necessary, not filler to supplement the primary plot.

The only character that does feel a bit overblown is Jesse Plemons as Gary. Gary is a bizarre man who lives next door to Max and Annie and who has been clearly scarred by a divorce in his past. His character is sometimes hilarious, especially towards the beginning of the film. But at the end, it feels like the filmmakers lose control of the character and the doors of reality get blown off. Gary’s involvement with the story becomes greater as the plot thickens, and it gets to a point where it feels unnecessary.

The film tells a story that walks right up to the line of ridiculousness without crossing it. It creates a world of heightened reality through creative visual imagery. Almost every establishing shot in the film is noticeably constructed with miniatures in order to resemble a board game. Anytime a character is driving a car, the scene is shot with a fixed camera as if to emulate the look of a third-person video game. This look is jarring at times, but overall it works to further the game aesthetic of the film. The film also uses dark, rich colors, which look magnificent and reinforce the game appearance. Visual mastery did not seem like it was going to be on display when going into “Game Night,” but the film is much more visually interesting than expected.

Although “Game Night” tells a funny story and has surprisingly good direction, it falters in the third act. The plot weakens at the end when it begins to dip its foot into the realm of complete unbelievability and then tries to recover from it desperately. It’s as if the directors made an original ending and then thought, “Wait, no, that’s not a good idea.” But instead of getting rid of their original ending, they just added an alternative afterward. The last act feels like it is building to a mysterious payoff, but when it tries to throw the viewer for a loop, it unfortunately falls flat.

“Game Night” is a surprisingly good time at the movie theater, but unfortunately, that’s all it is. It succeeds at giving the audience a good laugh and delivering dialogue and characters that actually have heart behind them, but it still ultimately doesn’t do anything new or terribly exciting with the genre. The only thing that sets this film apart are the visuals, but they are not enough to propel the film to a place where it will be rewatched in coming years.