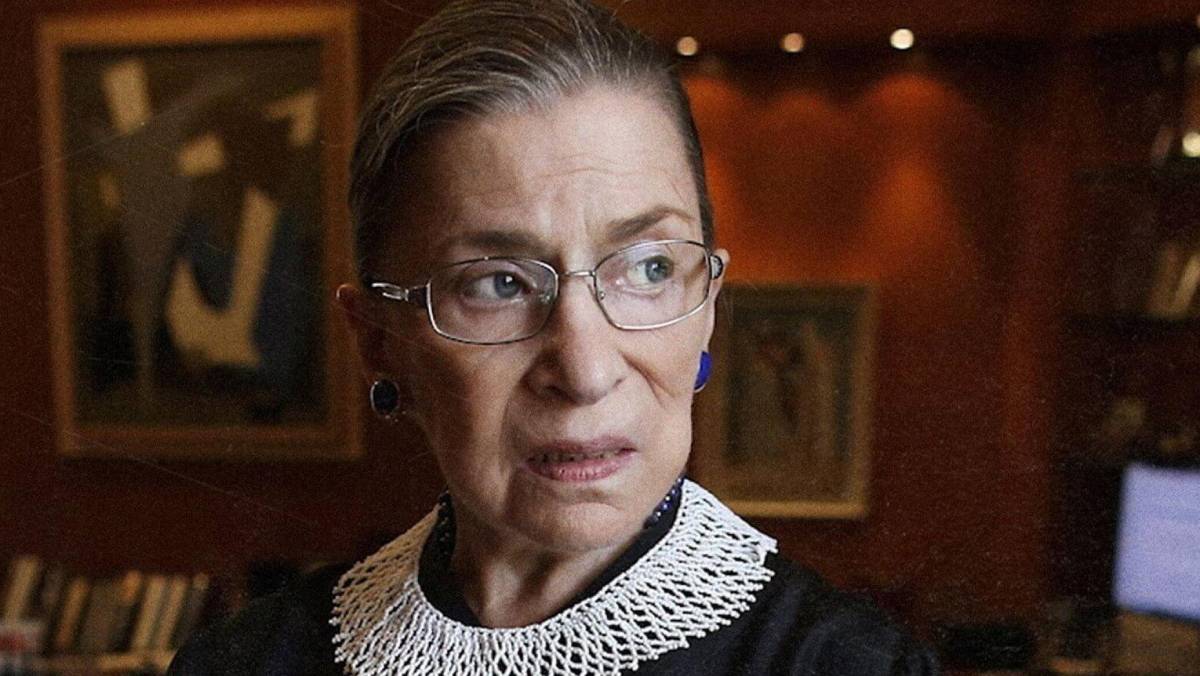 Courtesy of Participant
“RBG,” a 2018 Academy Award–nominated documentary, honors the life of Ruth Bader Ginsburg, who died of pancreatic cancer Sept. 18. The film serves as a stark reminder of the vibrant life she led and the legacy she left behind.
By Elijah de Castro — Staff Writer
Published: September 23, 2020

On Sept. 18, Supreme Court Justice Ruth Bader Ginsburg died of pancreatic cancer at age 87. Ginsburg, who lived in Ithaca during the 1950s while attending Cornell University, had cancer on and off since the 1990s. Before the public had time for her death to sink in, all eyes went to her now-vacant seat. And despite setting a precedent that says otherwise, Senate Majority Leader Mitch McConnell is likely to help to fill the seat before the November election.

Ginsburg’s fierce defense of abortion rights and push for gender equality was detailed in “RBG,” a 2018 Academy Award–nominated documentary. Directed by Betsy West and Julie Cohen, “RBG” depicts Ginsburg’s ruthlessly disciplined personal life and career. It is a necessary film to celebrate Ginsburg’s incredible legacy as one of the country’s sharpest and most influential legal titans and, more importantly, a caring person.

With a current majority Republican Senate and a Republican president, a conservative Supreme Court justice nominee like Amy Coney Barret could give the Supreme Court enough conservative votes to overturn Roe v. Wade, a landmark case that made abortion a constitutional right. This action wouldn’t just be a byproduct of Ginsburg’s death. It would rip down one of the principles Ginsburg spent her tenure defending and strengthening.

Rooted in justice for women, Ginsburg’s fight for equality began as a young woman in the gender–segregated 1950s. As the documentary shows, she was taught from a young age to never get angry, to take things slowly and never outsmart men. But instead, Ginsburg became an incredibly persuasive and bold law professional. “RBG” captures Ginsburg’s spirit through video of her passionate legal dissents, creating an experience that makes the viewer feel that they are in the room with her.

“RBG” also follows Ginsburg at Harvard Law School in 1956, where she managed to simultaneously take care of her newborn child, guide her husband through his cancer treatment and take Harvard classes for both of them. After serving as a law professor at Rutgers University from 1963 to 1972, she was eventually appointed to the federal judiciary when President Jimmy Carter entered the White House in 1977. The film honors her magic by having members of Ginsburg’s personal life recall the effect she had on other people, like how she was able to silence a room when speaking.

Later in the documentary, former President Bill Clinton recalls the afternoon when he interviewed Ginsburg for the role of Supreme Court justice. “Literally within 15 minutes, I decided I was going to name her,” Clinton jokes. Ginsburg was reticent, serious and able to capture the attention of even the most stubborn men. This includes the late former Justice Antonin Scalia, who, despite the two having a vicious rivalry of textualism versus contextualism, were able to humor each other and become friends — or, for lack of a better word, frenemies. The political partisanship that exists today wouldn’t allow for a friendship like this, perhaps leaving viewers shocked. But it is also a reminder to viewers that seeing the humanity in people they vehemently disagree with is invaluable — something the appointees of the next justice haven’t learned yet.

The film also playfully discusses the status as a pop-culture icon that Ginsburg achieved. She earned the nickname “Notorious RBG,” a play on words of rapper Biggie Smalls’ nickname “Notorious B.I.G.,” for her fiery, whip-smart dissents, like in United States v. Virginia. Ginsburg responded by saying that she and Biggie have a lot in common, including that they both hail from New York.

There is an argument to be made that the film could have included more on how the legal precedents Ginsburg created directly changed the lives of American women. However, “On the Basis of Sex,” a 2018 biopic of Ginsburg (Felicity Jones), does an excellent job of recounting this brilliance, thanks to Jones’ acting. While it is not an exceptional film, “On the Basis of Sex” will expand on some of the things that “RBG” missed, like how Ginsburg used the previously settled case Moritz v. Commissioner, which decided that tax discrimination among men was unconstitutional, to argue for equal rights for women.

Regardless of which film viewers watch, Ginsburg’s legacy must be remembered in the coming months. Her death has turned into another crack in 2020’s deep political and social divide. Whatever the outcome of the Supreme Court vacancy may be, Ginsburg will be remembered for her legal brilliance and undeniable fortitude.

Commentary: Justice Scalia’s legacy is not what it seems