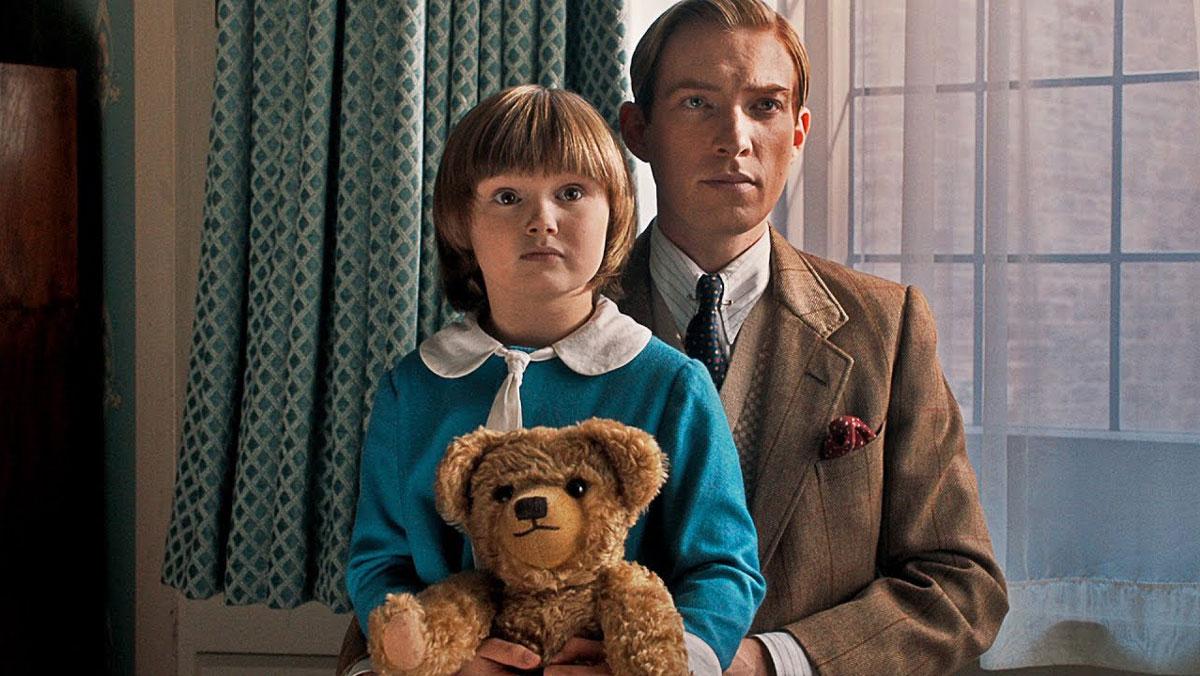 “Winnie-the-Pooh” is a celebration of imagination and hope. It’s a story meant to inspire, designed to bolster the flagging morale of a decimated country. But, despite the intentions of A.A. Milne’s famous story, “Goodbye Christopher Robin” is a bitter, unpleasant and ultimately unsuccessful story about two lousy parents and one broken childhood.

Alan Milne (Domhnall Gleeson), the author of the “Winnie-the-Pooh” stories, returns home from war dejected and despondent. He has a child with his wife, Daphne (Margot Robbie), out of boredom. When little Christopher Robin (Will Tilston) is born, neither Alan nor Daphne know what to do with him. They hire a nanny and live their lives as if they were childless. Only when Christopher is old enough to inspire his father’s stories does Alan take notice of his son.

The middle of the film is astoundingly bleak. Christopher is deprived of parental affection and instead becomes a child celebrity on account of the popularity of Winnie the Pooh and Christopher Robin. Both Alan and Daphne are terrible parents, and director Simon Curtis doesn’t shy away from showing just how unpleasant they are. Alan is weak–willed and too wrapped up in his work to care for his son, while Daphne is cold, harsh and unforgiving. It’s not outright abuse, but they ruin Christopher’s childhood at every turn.

None of the performances are outstanding. Gleeson portrays Alan’s smarmy, stuck–up British coldness well enough, but he doesn’t leave a lasting impression. Neither does Robbie, whose limited screen time is devoted to her cartoonish cruelty and nothing else. Even Tilston, though adorable, isn’t given a chance to flex his acting muscles. He flips between wide-eyed wonder and frustrated anger, but he never goes to the extreme of either, as if he’s holding back.

Even the cinematographic style is too clean. Every lamp glows with a soft golden light, and glittering God-like rays pour through every window. The actors look like dolls, freshly plucked from their plastic packages and put on display in their perfect countryside home. This veneer is one of many strategies Curtis employs that keeps the audience at a distance. It becomes hard to engage with characters who don’t look or feel like real people, and it’s even harder to accept a world that looks plasticized in its pristine perfection.

The real crime of “Goodbye Christopher Robin” is that, despite the resonance of Christopher’s plight, the story is poorly told and poorly presented. The third act is a mess of sloppy symbolism and convenient plot contrivances. In the film’s final moments, Christopher and Alan talk and make up — two decades of neglect are erased in a two–minute conversation. It’s a manipulative move on Curtis’s part, a way to appease viewers who can’t handle conflict. It’s too easy. It’s too trite. It’s as if Curtis expects the viewer to forgive Alan’s neglect and Daphne’s verbal abuse, as if he expects the viewer to forget the way Alan ignored Christopher and subjected him to the anxieties of fame. What should have been a bleak family drama is sanitized to a detrimental degree.

“Goodbye Christopher Robin” is a bland telling of a heartrending story. Some of the pathos peeks through the cracks in the artificial veneer obscuring the film’s emotional core. The viewer is kept at arm’s reach. Curtis had an opportunity to tell a genuine, challenging story — a frustrating look at fame and fatherhood — but instead played it safe and squandered a golden opportunity.