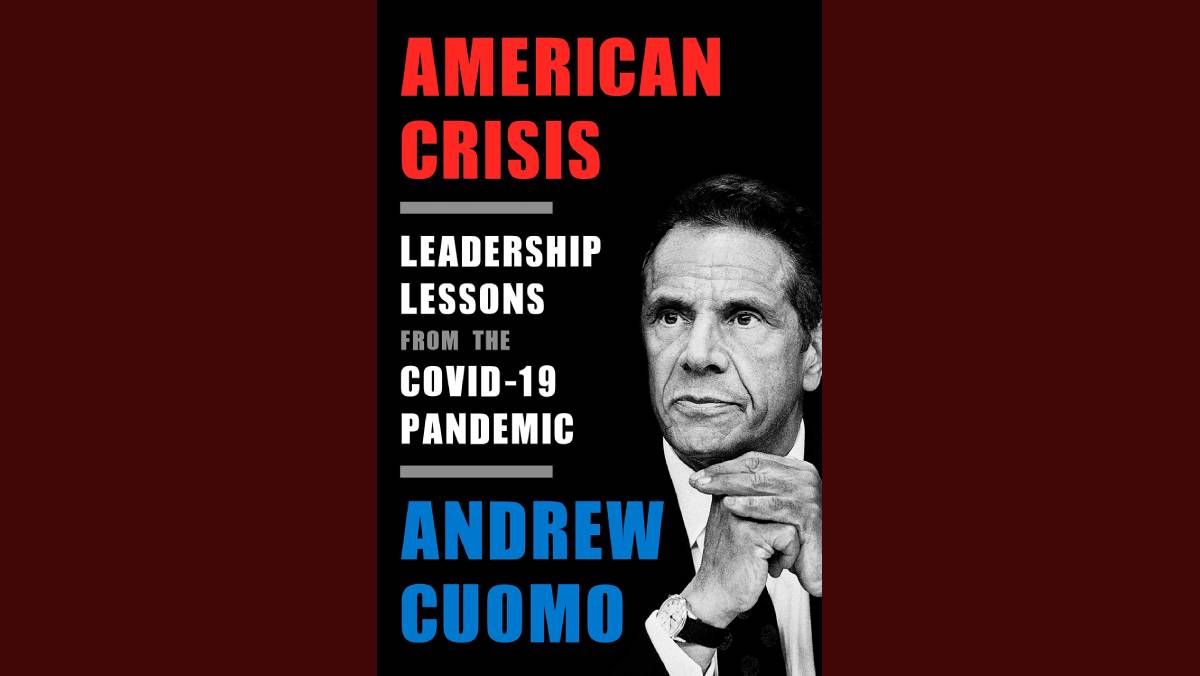 When a politician writes a book, there always seems to be an ulterior motive at play. Whether it be to test favorability prior to a presidential run, a strategic dump of classified information or simply an egotistical look back on their careers, politicians love publishing overpriced bestsellers.

With New York State Gov. Andrew Cuomo’s new book, “American Crisis: Leadership Lessons from the COVID-19 Pandemic,” Cuomo must tread lightly. To publish a $30 book about his governorship during an ongoing pandemic still tearing through the country, including his own state, appears to be in poor taste. From the first page, “American Crisis” has to reach a level of quality that would justify its existence.

Does it achieve this? Not really, but, considering the number of drab, cheaply written political memoirs from 2020, Cuomo does a better job than the authors of the books on the same shelf.

Unlike “Speaking for Myself” by Sarah Huckabee Sanders, former White House press secretary, and “The Room Where It Happened” by John Bolton, former national security adviser — both of which obsessed over the boring details of working in the White House during the pre-pandemic world — Cuomo’s book details a time of crisis. “American Crisis” discusses real-world stakes and doesn’t trudge through describing trade agreements, international sanctions or whatever petty thing the president said that day — even though Cuomo and President Donald Trump had their fair share of spats over the months.

The book begins by covering the early days of the COVID-19 outbreak when the virus was only a handful of cases spilling over from China. As the cases slowly begin to rise, Cuomo recounts the actions that he and his administration took day by day. At one point, having to get creative, Cuomo discusses how he had prisons make massive deliveries of one–gallon jug containers of hand sanitizer for businesses.

Cuomo acknowledges that he essentially engaged in wage slavery, as the 13th Amendment of the Constitution abolishes slavery with the exception of prisons. This raises a moral question that Cuomo leaves readers to answer for themselves: Is Cuomo a bad person for using the injustices of the prison system to keep people outside it safe?

As the book progresses, Cuomo discusses the important days during the pandemic from February to June. Cuomo explains the methods that he used and their impacts on New York state. Cuomo reflects on his actions without sharp criticism or smug praise, leaving the readers to arrive at their own conclusions, an honorable sentiment that ultimately removes the partisan friction in other political memoirs.

One of the best parts of “American Crisis” is Cuomo’s discussion of how he walks a fine line between respecting civil liberties and enforcing safety. Cuomo brings up what the Chinese government did and how it allegedly was able to flatten the curve and save thousands of lives but only got there by using extremely authoritarian tactics. Cuomo gives readers a compelling dilemma — public health emergencies require aggressive action, challenging the United States’ system of checks and balances. But China, being a one-party state, was able to dial its authoritarian tactics up as high as it pleased without having to worry about civil liberties so it could get the virus under control.

The question of whether or not mandating lockdowns is unconstitutional remains up for debate among civil libertarians. Cuomo had to convince New Yorkers to stay isolated as they “climbed the mountain.” Cuomo’s description of how he made “climbing the mountain” a metaphorical feat that New York state could accomplish as a team is wholesome. But Cuomo reveals the interesting truth that it was also an act of much-needed desperation.

Cuomo’s writing isn’t anything exceptional, but being able to hear his account of the strategic actions he took provides a new perspective on the pandemic for readers, especially those from New York state. While “American Crisis” ultimately isn’t a necessary book, those looking to understand how Cuomo’s approach to the pandemic received so much attention will find his stories thought-provoking.