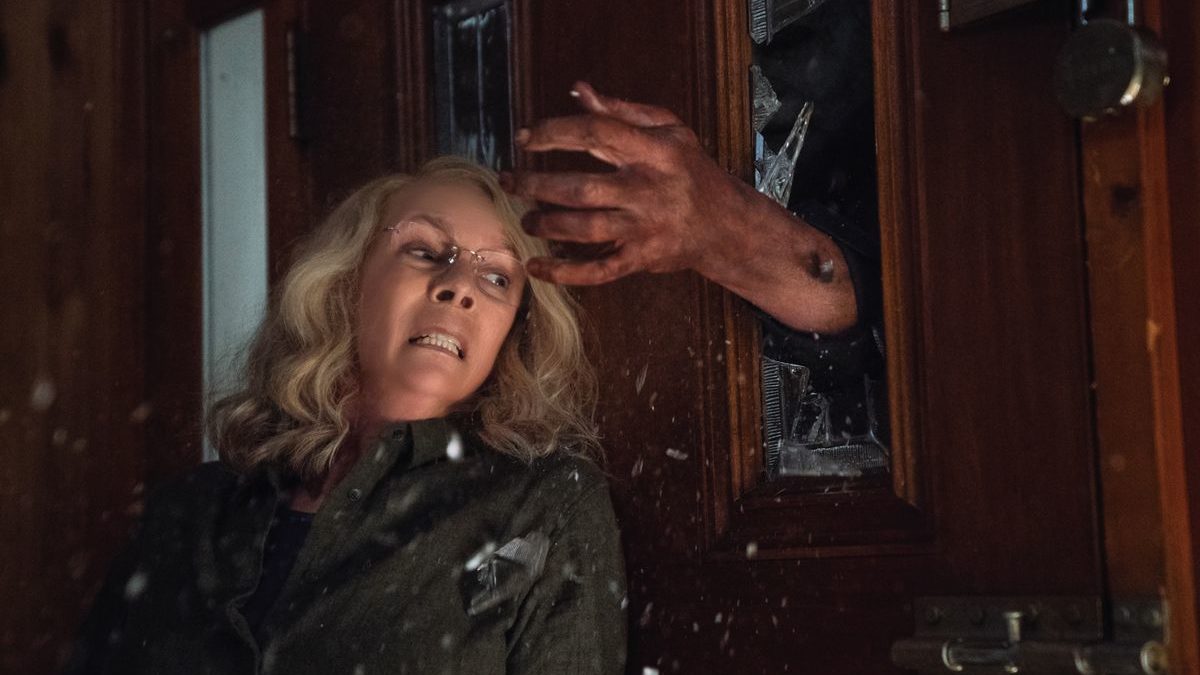 On Halloween,1978, Michael Myers — wearing his trademark ghost-white mask and brandishing his signature kitchen knife — stalked the streets of Haddonfield, Illinois, and killed five people. Ever since, Laurie Strode (Jamie Lee Curtis) has lived in fear of his return; 40 years after the initial attack, her worst fear comes true. Michael is back.

Directed by David Gordon Green and written in part by Danny McBride, “Halloween” (2018) is a sequel to the original “Halloween” and ignores the other nine movies in the franchise. The film functions as a soft reboot, simultaneously setting up future films and erasing the worst elements of the franchise’s past. There are a couple of offhand references to past movies — even “Halloween 3: Season of the Witch” is acknowledged — but otherwise the film is a fresh start for the series.

The sequel continues the Strode family’s struggle to live after the events of the first “Halloween.” Laurie’s paranoia has estranged her from her daughter, Karen (Judy Greer), and granddaughter, Allyson (Andi Matichak). But when Michael (Nick Castle) breaks out of the facility he’s spent his life confined to, the Strodes come together to stop Michael yet again.

“Halloween” (2018) gets off to a slow start. Two podcasters Aaron Korey (Jefferson Hall) and Dana Haines (Rhian Rees) investigate the Halloween murders and eventually get murdered at the end of the first act. These characters themselves aren’t particularly interesting. Neither serves the plot nor interacts with the other characters in a meaningful way. They are vectors for exposition, interviewing key players in the original film so the audience knows what’s been purged from the canon. That’s about it.

The final act, when Michael arrives at Laurie’s house, is where the movie truly comes alive. Laurie’s home is a trap, full of metal gates, gun lockers and secret rooms. The slow hunt for Michael is intense largely because of the claustrophobic hallways and dark rooms of Laurie’s home — a shadowy killer could hide behind any corner. She’s prepared for this night: armed and well–trained. Laurie’s final fight is equal parts tense and exhilarating, and you’re never sure who’s in control. Curtis displays confidence without becoming a superhuman badass a la Ripley; it’s one of the few character choices that bears the complexity of reality.

The slow, suspenseful chase through Laurie’s house ends with Michael throwing Laurie out of a second story window, but the second he looks away, she disappears. It’s not only an homage to the ending of the first movie but is also the moment the power dynamic flips: The hunter becomes the hunted. The Strode women are in control. They kill Michael together, as a family. Or at least they try — this is Michael Myers after all: Death isn’t his forte.

Oddly enough, “Halloween” (2018) spends very little time with Laurie. Her presence in the movie is overshadowed by almost every other character in the film. Michael, Karen and Allyson are given higher priority than the main character. Of course, there’s an argument to be made that the “Halloween” franchise exists around Michael, not Laurie, and, to some degree, that’s true — Michael may be the mascot, but he’s not a character, not someone you can invest in or root for. Laurie has a personality and flaws and all of the other components of humanity, but we don’t spend enough time with her to appreciate those parts. Instead, we’re given scene after scene after scene of Michael, bloody knife in hand, stalking the streets of Haddonfield.

And those scenes are exhilarating, Michael’s body count is significantly higher than it was in the original and his methods are more gruesome: Heads are hollowed out and converted into jack-o’-lanterns or squished like rotting pumpkins, bodies are flung, stabbed and impaled on pikes, and there’s plenty of pained screaming. It’s gruesome. Really gruesome.

“Halloween” (2018) is a compelling attempt to bring Michael Myers into the modern era. Despite featuring some intense action and uncomfortable violence, the film fails to recapture what made the original special. One frightful night was enough; like its ghoulish mascot, the “Halloween” franchise should have been killed long ago.