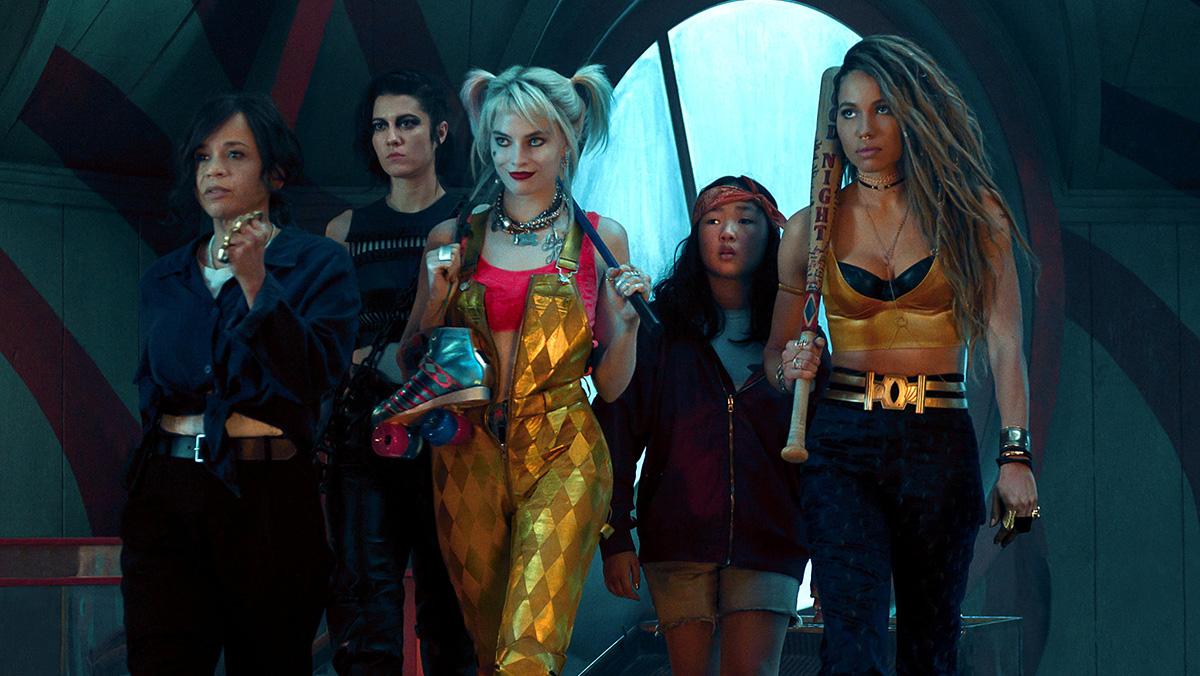 Courtesy of DC Films
Margot Robbie spreads her wings as the eccentric and powerful Harley Quinn in the comic movie “Birds of Prey.” The movie features Harley as she moves through the chaos of her own life after her breakup with The Joker.
By Avery Alexander
Published: February 18, 2020

What happens when a long-term relationship with the Clown Prince of Crime, the Joker, comes to a messy end? For Harley Quinn (Margot Robbie) in “Birds of Prey,” the proper response to such heartbreak is to set the world ablaze — literally.

Robbie made her debut as the infamous and beloved Harley Quinn in “Suicide Squad.” Critics of the film tend to agree that Robbie’s performance is the one thing the movie has going for it. In a film like “Suicide Squad” that is stuffed to the gills with weak dialogue, lackluster CGI and unlikeable characters, Robbie’s engaging performance as Harley has always been a sliver of hope for the struggling DC Cinematic Universe.

Now, Harley truly has her chance to shine in a solo movie. And shine she does.

The movie opens with Harley despondent in the aftermath of the breakup. She finds little comfort in drinking through the nights and taking her anger out on unlucky strangers. To get over her feelings permanently, Harley decides to destroy the place where she devoted her heart to the Joker — the Gotham ACE Chemical Plant. After the place goes up in flames, Harley tells herself she is over her ex and starts to get her life back on track.

Without the presence of Jared Leto’s peculiar and severely disappointing performance as the Joker, Robbie’s brilliance is undeniable. Harley is a larger-than-life character, but Robbie is still able to provide a nuanced and sharp performance. At one point, Harley is betrayed by one of her closest friends. For a moment, her eccentric facade falters, and a profound, genuine sadness washes over Harley. She’s human too, and humans can break. In any case, Harley in “Birds of Prey” is much more engaging than the simplistic, violent psychopath she was reduced to in “Suicide Squad.”

Besides Harley’s magnificent characterization, all the other leads also bring wonderful vitality to their characters. Black Canary (Jurnee Smollett-Bell) is particularly notable. Canary is a new presence in the DC Cinematic Universe. She is a force to be reckoned with and a woman of color who has found herself trapped in a world controlled by ignorant white men. Canary fights against the powers that bind. Her quiet defiance of a system stacked against her is deliciously true to life.

The movie’s strengths also go beyond the characters. The fight choreography and the use of violence, for example, are some of the most notable parts of the film. R-rated comic book movies are becoming more prevalent, with features like “Deadpool” and “Logan” captivating audiences all over the world. Like those films, “Birds of Prey” revels in the freedom a mature rating offers. Harley and her companions throw their adversaries around like rag dolls, pumping them full of bullets, beating them with baseball bats, kicking them where the sun don’t shine and, on occasion, blowing them to bloody bits. While the violence is reoccurring, the movie knows when to hold back. It stops just shy of being unnecessarily gory. “Birds of Prey” offers the sort of tasteful violence that “Suicide Squad” desperately needed.

On top of all of that, the costume design in “Birds of Prey” is above and beyond. The DC Cinematic Universe has received criticism in the past for oversexualizing its female characters to fit the male gaze. In “Birds of Prey,” it’s clear the costumes were made without considering what would typically be perceived as sexy. Harley runs through the city in a jacket made of strips of caution tape and tinsel and colorful sequined socks for half the movie. Harley is sexy in her own chaotic, anarchic way, and it is something any longtime fan of the character will appreciate.

Despite all of that, the film is not without its faults. Where the characters excel, the plot falls short. The core of the plot revolves around a fairly simple yet compelling conflict in which the characters find a diamond that holds the key to a murdered mafia family’s fortune. This storyline tends to feel needlessly complicated for the simplicity of the situation. Even so, this does little to hinder the film as a whole.

Not only is “Birds of Prey” a success for Robbie, but it is a triumph for the DC Cinematic Universe. After many critically disliked films, including “Suicide Squad,” the studio has provided fans with a heartfelt fever dream of glitter and grime.