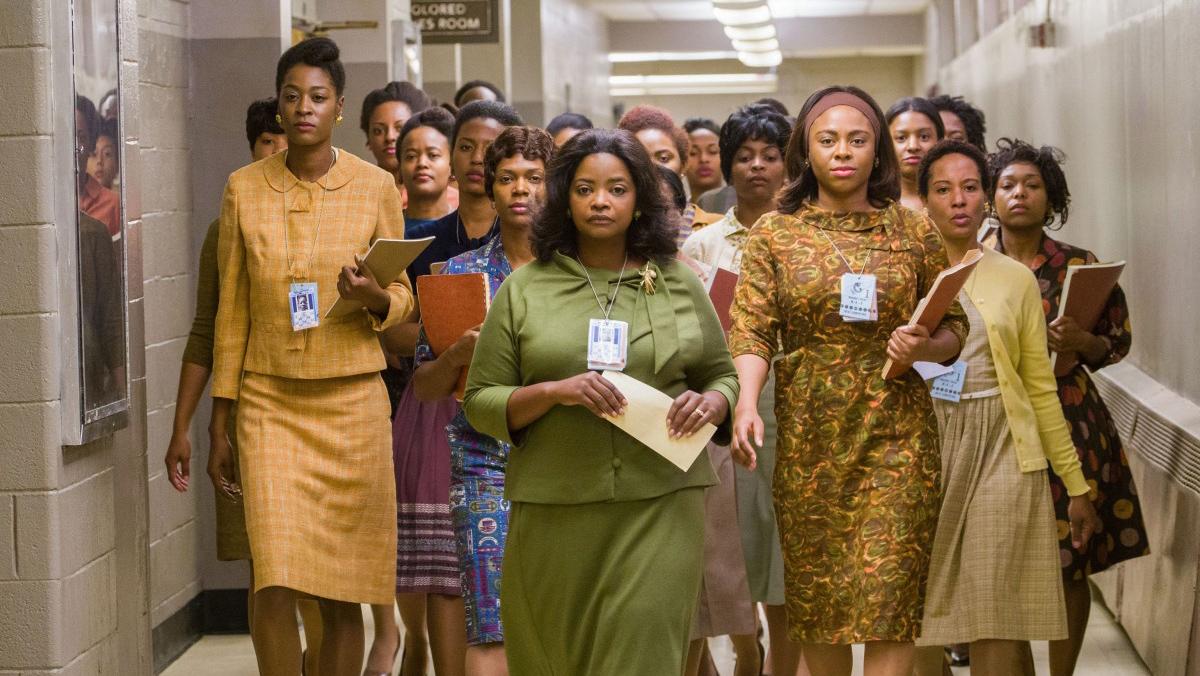 In 1961, a time of segregation and rampant racism and sexism, three African-American women overcame every challenge they faced and helped NASA in the early days of the Space Race. The record of Katherine Johnson, Dorothy Vaughn and Mary Jackson is a story that was ignored until now. Based on the biography by Margot Lee Shetterly, Theodore Melfi’s “Hidden Figures” is a story of empowerment, perseverance and bravery.

All three women are given tremendous opportunities that come at an incredible social cost — they are forced to face the scourge of 20th century racism. Johnson (Taraji P. Henson), a gifted mathematician, is assigned to a team of white men to calculate coordinates for the Atlas rocket. Jackson (Janelle Monáe) is assigned to work with the NASA engineers, and when asked if she would still try to be an engineer if she was white, she chillingly responds, “I wouldn’t have to. I would already be one.” Finally, Vaughn (Octavia Spencer) is a cunning mathematician and the brains of the operation.

One of the biggest factors of the film’s success is the phenomenal acting. Henson, Monáe and Spencer all work in perfect harmony as three strong women who persevere through hardships. The chemistry among the three women feels so rich that when they are together, it’s almost as if these events are playing out in real time. Spencer and Monáe are both just as compelling, playing their roles with a bit of wit and sass. The supporting cast, Kevin Costner, Kirsten Dunst, Jim Parsons and Mahershala Ali, all are charming and fit their roles well as background characters.

While paying homage to these amazing women, the film also portrays racial and gender issues that are still relevant. “Hidden Figures” is particularly good at making this commentary work by having the characters of the film — though from the ’60s — feel as though they are alive today. The viewer can easily engage with the challenging social commentary at the heart of “Hidden Figures” because the characters seem genuine and avoid coming across as preachy. The film masks an educational experience in a gripping story and engaging characters.

The script, by Allison Schroeder and Theodore Melfi, is compelling and pleasing in every sense. The film is brought to life by the wit of the three main leads. Johnson, Jackson and Vaughn are inspirations who American history pushed away because of their race and gender. Young girls today can now look up to these three intelligent women and the amazing work they did. Schroeder and Melfi cleverly make the film family-friendly and accessible for every kind of audience to enjoy. They balance the intensity of the space race and segregation with humor from the three lead actresses.

The direction of the film is where the film loses its steam. Nothing about the visuals of the film is interesting, besides the setting of 1960s NASA. The film is occasionally hokey and feels like something that a history professor would show to pass class time, but the extraordinary performances and incredible story help the film escape total cheesiness. Trying to balance a harsh and racist setting while also trying to make the film family-friendly is difficult for Melfi, and it shows in his bland direction of the film. Although Melfi’s direction is uninteresting, he still creates the atmosphere necessary for this segregation and space race drama.
Overall, “Hidden Figures” beautifully depicts an amazing story that hopefully will inspire men and women of all ages, races and sexes. It teaches the audience messages of equality and bravery with an effortless mastery that never preaches or belittles.