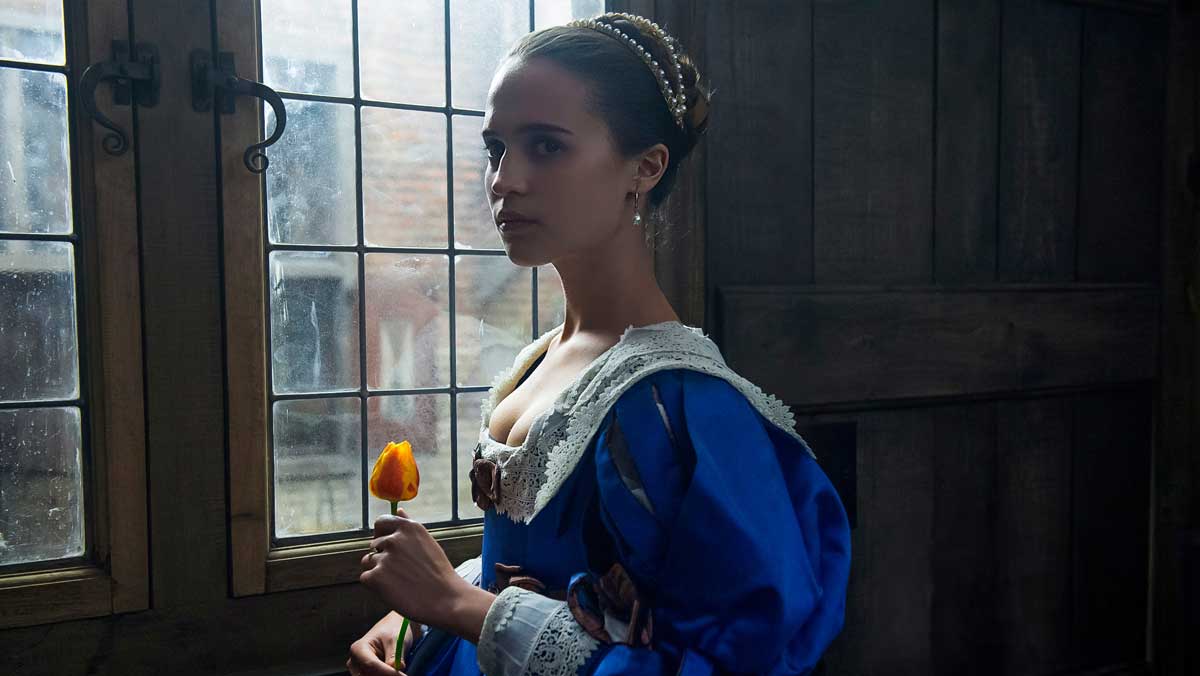 The question “What would ‘Fifty Shades of Grey’ look like if it were set in 17th century Amsterdam?” is not one that needed to be answered, and yet “Tulip Fever” takes a stab at it. Amidst the turbulent tulip trade of the aforementioned era, an orphaned woman is married off to a wealthy merchant. Years later, a passionate affair ensues between her and the young, scrappy artist that her husband commissions a portrait from. “Tulip Fever” only manages to have pleasing aesthetic details, achieving almost nothing else. With a complete lack of characterization and a boring, rushed plot, the film has few redeeming qualities.

Sophia Sandvoort (Alicia Vikander), the protagonist of the film, is perhaps the least engaging character. She has little meaningful dialogue and no evident justification for any of her actions. It appears the audience is supposed to interpret her emotions by her facial expressions and her facial expressions alone. However, major plot points occur so quickly that this is simply not enough. One shared glance between Sophia and the painter, Jan Van Loons (Dane DeHaan), catapults the affair forward; the two don’t have a single conversation before the audience is subjected to multiple sex scenes between them. Jan is poorly characterized as well. His motivations do not go deeper than surface–level character description. He is the struggling artist, while Sophia is the innocent, unhappy wife. There is not much more to them.

The most interesting character in the film, however, is the one whom the audience is supposed to be rooting against. At the beginning of the film, the affair is played off as Sophia’s escape from an unhappy marriage to her husband, Cornelis (Christoph Waltz). It is portrayed as a celebration of freedom and beauty, paralleling the tulip trade occurring around them — or it is at least attempting to be portrayed that way. However, it is difficult to empathize with Sophia about her “unhappy” arrangement. The story is a bland tale of a loveless marriage. Cornelis, however, loves Sophia very deeply, therefore giving the audience no reason to support her through her unfaithful actions. One cannot help but empathize with Cornelis instead, as the viewer sees his genuine love for Sophia go overlooked and underappreciated. Sophia and Jan’s romance is undermined by the fact that Cornelis, who treats Sophia with kindness and respect, does not appear to be a bad guy at all. Perhaps he’s a bit of a doofus, but he is not cruel to his wife.

The plot twists of “Tulip Fever” are lazy and contrived. They occur in the blink of an eye and with little reasoning. Both the bizarre fake pregnancy plot line and the messy relationship between a maid, Maria (Holliday Grainger), and a fishmonger, Willem Brok (Jack O’Connell), feel rushed and underdeveloped. Events often occur with no real justification, leaving the audience constantly questioning why any of the characters’ decisions or actions even matter within the grand scheme of the film. The film’s few comedic moments lack purpose as well. Gerrit (Zach Galifianakis) is the primary comedic force in the film, but his presence is far more distracting than entertaining. Galifianakis doesn’t belong in a 17th century period piece.