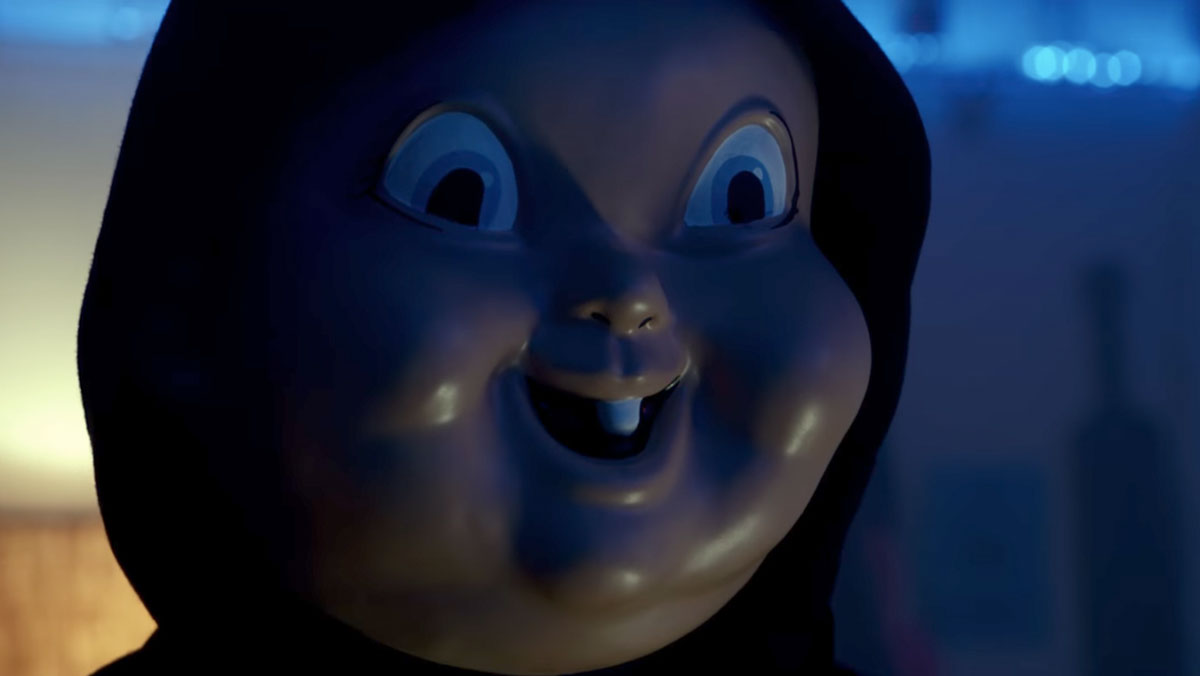 Blumhouse Productions
"Happy Death Day" is a horror version of the 1993 classic "Groundhog Day." Tree Gelbman (Jessica Rothe) is stuck reliving the day of her death until she can discover the identity of her murderer.
By Tyler Obropta — Proofreader
Published: October 16, 2017

“Happy Death Day” is a thoroughly silly movie. Its title alone challenges you to take it seriously, though the film is neither a comedy, nor very self-aware. It is a slasher set in a time loop, and director Christopher Landon seems to think that premise alone is enough to power the whole film. One might imagine the elevator pitch went something like, “Imagine ‘Groundhog Day’ meets ‘Heathers,’ with a horror movie twist.” Someone at least thought it was a good idea — the film is the latest from horror-movie behemoth Blumhouse Productions and counts among its executive producers Ithaca College’s very own alumnus Seth Meier ’96.

“Groundhog Day”-lite begins with Tree Gelbman (Jessica Rothe) waking up in an unfamiliar dorm room with an unfamiliar college student, Carter Davis (Israel Broussard). She asks for Tylenol, fumbles her way through conversation, skittishly collects her belongings and leaves. This awkward morning is the one she’ll keep reliving for the rest of the film.

On the college plaza, a girl asks Tree to sign an environmental petition. Some sprinklers activate on a canoodling couple. A car alarm goes off in the street. It is all carefully choreographed, making the world of “Happy Death Day” feel more like a sterile, controlled environment than an organic reality. Even the supporting cast — from Ruby Modine as Tree’s resentful roommate to Rachel Matthews as the anti–junk food leader of Tree’s sorority — feels like it’s composed of Glamour magazine cover models who all have the personality of, well, a magazine cover.

That night, on her way to a party, Tree takes the most creepily lit path possible, and a baby-masked stranger shows up with a comically large knife.

Either the killer’s cut was very precise, or the film does not understand how stab wounds work, but in any case, the first slash kills Tree, making her wake up in Carter’s room once again.

Toward the end of the film, one of the characters incredulously asks Tree, “You’ve never heard of ‘Groundhog Day’?” Yet acknowledging its better parent film does not excuse the trespasses of this one. “Happy Death Day” mimics the structure of that film nearly exactly — but instead of finding love and becoming a better person, Tree’s salvation requires her to unmask her killer and bring them to justice.

Not enough time is devoted to watching Tree navigate her repeating day either. Her journey is not one of months or years. When Tree finally snaps, it’s only the result of a few days of live, die, repeat.

“Happy Death Day” wrings out a few clumsy jokes between the kills, but the film is funniest when it makes the murder scenes the punchlines. There are not any stakes if Tree is just going to keep waking up after every death, so the film distracts from the lack of tension by making each kill alternately cool and goofy.

“Happy Death Day” is pulled down by its lackadaisical screenplay. Writer Scott Lobdell manufactures drama where it does not make sense. His characters jump to conclusions and “Happy Death Day” devolves into the kind of film where characters say things like, “Each new day is a chance to be somebody better” to each other. The film simply does not seem to care about making sense. The obligatory scene when Tree has to explain the killer’s motive unveils a plot so convoluted and implausible that the reveal is almost a joke on its own.

Even in the opening scene, where Tree walks through the campus plaza, “Happy Death Day” doesn’t care about its own continuity. Sometimes Tree won’t speak to Carter at all, zipping out of the dorm room before she can even get all her things together. Yet the same people are in the same places regardless, the sprinkler goes off uninterrupted and the car alarm reliably begins. If Tree leaves her room early, the sprinklers shouldn’t go off when she’s walking by them — everything should be pushed back a minute or two. But this is a film that throws logic to the wind. It’s as if these phenomena aren’t linked temporally at all, merely existing at the whims of Lobdell’s hackneyed script.

The closer the film gets to its ridiculous ending, the more it crumbles under its own weight. What is happening and why becomes less important than watching Tree running through her repeated day as if something is potentially at stake this time. There is an inkling of Tree’s character arc marking her transition from a typical horror movie girl — the one at whom an entire audience has to scream at saying: “Don’t go that way! Turn back!” — to a young woman with agency, tenacity and a really solid knowledge of firearms.
Yet Landon and Lobdell do not think that transition is important enough to highlight, so instead, there is an action scene, a final revelation and some more poorly written dialogue. “Happy Death Day” barely gives viewers a chance to catch up before launching itself from one ludicrous plot point to the next as it barrels toward the end credits. It is as if the film blows out the candles and starts cutting the cake before anyone realizes there was supposed to be a party.