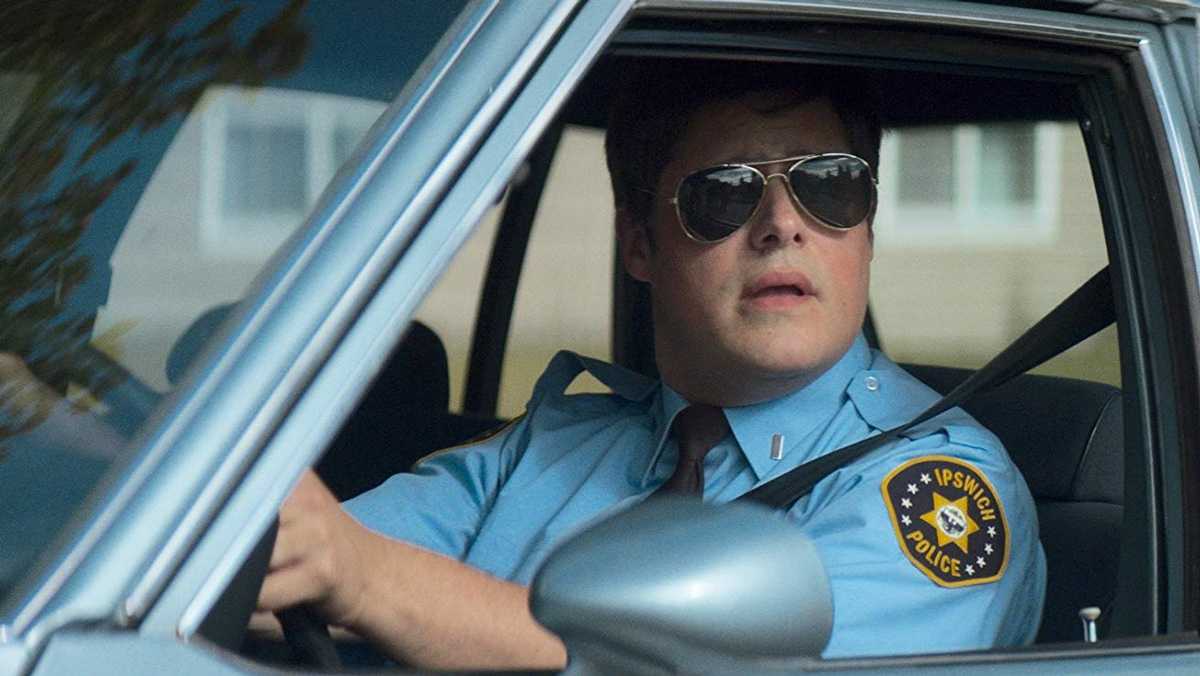 Yes, “Summer of 84” is yet another homage to ’80s movies. There are innumerable references to ’80s pop culture, a synth-heavy soundtrack and a plucky band of precocious, sex-obsessed boys chasing a murderous villain. But “Summer of 84” plays with the formula set out by the movies that inspired it. It isn’t a retread of “The Goonies” or “It” or “Stand by Me,” but rather a commentary on the naive simplicity of adventure films.

Set — as the title suggests — during the summer of 1984, the film focuses on the hunt for a serial killer in New Jersey. Davey Armstrong (Graham Verchere), a conspiracy–obsessed teenager, is convinced that the killer is his neighbor and local police officer, Wayne Mackey (Rich Sommer). Davey recruits his friends, Dale “Woody” Woodworth (Caleb Emery), Curtis Farraday (Cory Gruter-Andrew) and Tommy “Eats” Eaton (Judah Lewis), as well as his former babysitter and current crush, Nikki Kaszuba (Tiera Skovbye), to prove Wayne’s guilt. “Summer of 84” is the second film by RKSS, a three-person French Canadian team consisting of Anouk Whissell, Yoann-Karl Whissell and François Simard. The trio previously directed “TURBO KID,” an exuberant, uber-violent tribute to ’80s comic books. Their follow-up film, though less gory, is more serious.

Though the other boys boast backstories and traits that are typical of the youth-focused adventure genre — Woody is the fat kid, Tommy is the bad boy and Curtis is the nerd — Davey stands out. He seeks excitement with determination and glee, dragging his friends along even when they want to back out. At first, his leadership seems noble — they are trying to stop a serial killer, after all — but by the end, Davey’s mission seems more like a selfish attempt to stave off boredom than a good-natured attempt to save lives. His character is a twist on the bold leaders who are often adventure-film protagonists.

The first two-thirds of “Summer of 84” play out like countless other adventure-mysteries — the kids amass clues and catch the killer. But it’s only after the murderer’s identity is uncovered that the film differentiates itself from its predecessors. Rather than allowing Davey to walk off into the sunset, arm in arm with his best friends and Nikki, RKSS delves into the consequences of Davey’s war with a dangerous killer. He doesn’t escape unscathed. He doesn’t get the girl. And he doesn’t make it out of the summer of ’84 with all of his friends alive and unhurt. The decision to extend the story beyond the killer’s capture does make the film feel bloated and places the climax two-thirds of the way through the film, but the storytelling subversion is worth the structural flaws.

Despite the rich characterization of Davey and his friends, Nikki’s treatment in the film is frustratingly one–note. She functions solely as an actualization of the boys’ sexual fantasies and nothing more. Her presence is consequential only in that she fulfills the love interest requirement present in most ’80s movies. She’s also the source of several unnecessary jump scares that don’t serve any purpose within the story and feel distracting and obnoxious.

“Summer of 84” features a synthy soundtrack by the French Canadian duo Le Matos that complements the time period and tone of the film. The tracks infuse the film with a sick, uneasy feeling that makes every late-night stakeout intense and ominous. It may be difficult to recall the music after leaving the theater, but it works so well in the moment that Le Matos’ inability to make the songs stand alone is inconsequential.