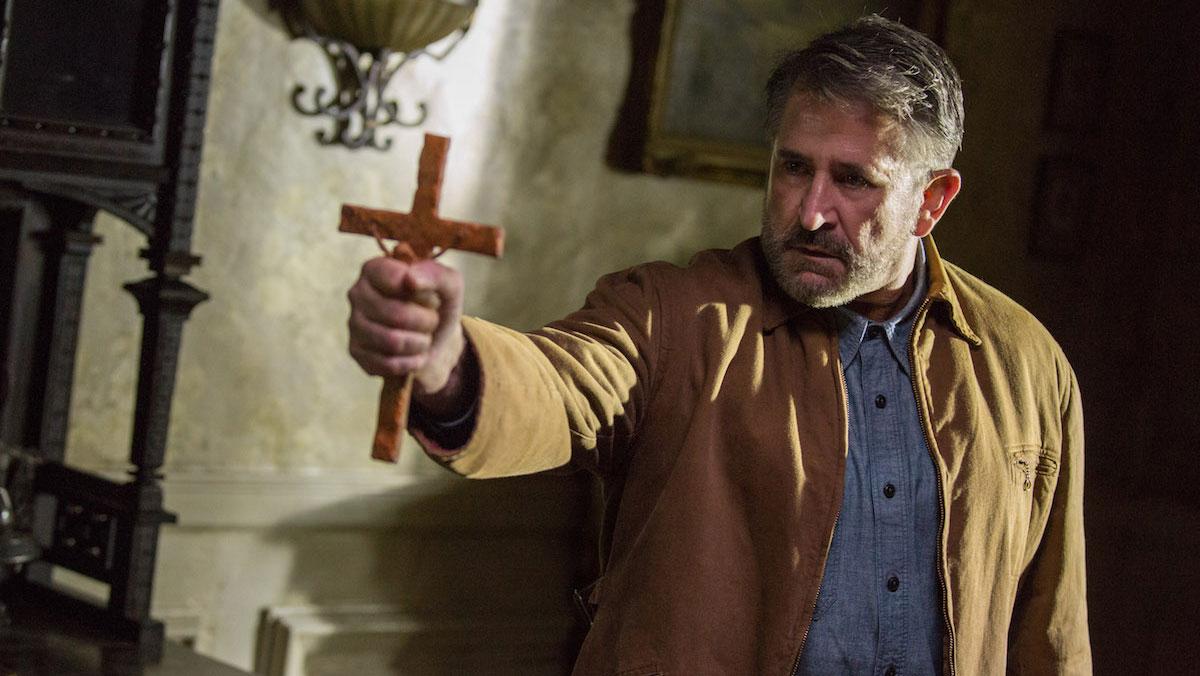 New Line Cinema
"Annabelle: Creation" is an extension of "The Conjuring" universe that details the origin of the demonic doll, Annabelle. Set in the early 20th century, the film follows a group of displaced orphans who are taken in by a toymaker who accidentally summoned a demon in his home.
By Jake Leary — Life and Culture Editor
Published: August 28, 2017

A doll in a ruffled white dress is perched on a chair. Her hair is slightly frazzled, her skin pale and waxy, and her shiny eyes pierce through the oppressive gloom. Occasionally she leaves her seat to sprint around the creaky house, or slam heavy objects around, and sometimes she has tea parties. Behold the terrors of “Annabelle: Creation”, the origin story no one wanted.

The latest entry in the “Conjuring” cinematic universe focuses on the birth of the Annabelle doll, a tangential component of the first “Conjuring” film and the star of “Annabelle” in 2014. After a toymaker and his wife lose their daughter in a car accident, the couple prays to dark forces to get her back. Sound familiar? It should. The concept of “Annabelle: Creation” is the same as a half dozen other recent horror films. It’s a tired set up, and because director David F. Sandberg doesn’t mix up the formula, the film is bogged down by cliche. From a jet of black ooze spewing from the mouth of a monster into its victim, to a mysterious floating sheet that falls away to reveal nothing, “Annabelle: Creation” adds nothing to horror cannon.

The one aspect of the film that succeeds is the relationship between the two protagonists. Janice (Talitha Eliana Bateman) and Linda (Lulu Wilson) epitomize childhood innocence. They are outcasts from the outcasts, disliked within the micro community of their orphanage. Each would do anything for the other and the unflinching loyalty is so simple and pure it’s hard not to smile. There is a catch, unfortunately. Sandberg splits the film between the two girls: The first half focuses on Janice and her struggle to deal with the lingering effects of polio, and the second half follows Linda as she tries to destroy Annabelle. Once the film reaches this midpoint the girls’ relationship comes to an end. It seems like Sandberg was only interested in Janice’s plight as a filler between set pieces.

Unfortunately, any positivity regarding characterization starts and ends with Linda and Janice. The other orphan girls come across as underdeveloped brats worthy of a 1950s sitcom. They’re given nothing to do beyond discussing boys, telling past-curfew ghost stories and screaming hysterically. There’s no excuse for characters that are this shallow and anachronistic. Carol (Grace Fulton) is the worst of them: she is snide and rude to her peers for no other reason than because horror tropes demand a heel. There are adult characters too, but there is so little to their personalities they barely register as people.

From start to finish an illogic pervades “Annabelle: Creation.” The film feels like a poorly compiled clipshow of horror’s least interesting tropes, the result of which is an antagonist that isn’t threatening because it is so poorly defined. Is the demon inside the Annabelle doll or is it free to roam the house? Is she/it able to resist Christian artifacts or is it immune to their effects? There are even scenes in which the creature changes appearances so many times in a brief span the moment becomes difficult to follow. The inconsistencies are made worse by how dull each form tends to be. The demon’s true appearance is a CGI monster pulled straight from Dante but stripped of menace. It looks out of place in the grounded, early 20th century environment in which the film is set.

Oh, and fear not “Conjuring” fans, there is a blatant and artless reference to the previous films. Plopped randomly into a scene is a photograph featuring a foe from “Conjuring 2.” After a brief, unnecessary discussion about the picture, it disappears from the film and ceases to matter.

Every film since “Insidious” in 2010 has been a poor facsimile that doesn’t retain the high quality of the original. “Annabelle: Creation” is a waste of time — it doesn’t advance the “Conjuring” universe, doesn’t tell a compelling, standalone story and doesn’t quicken the pulse.