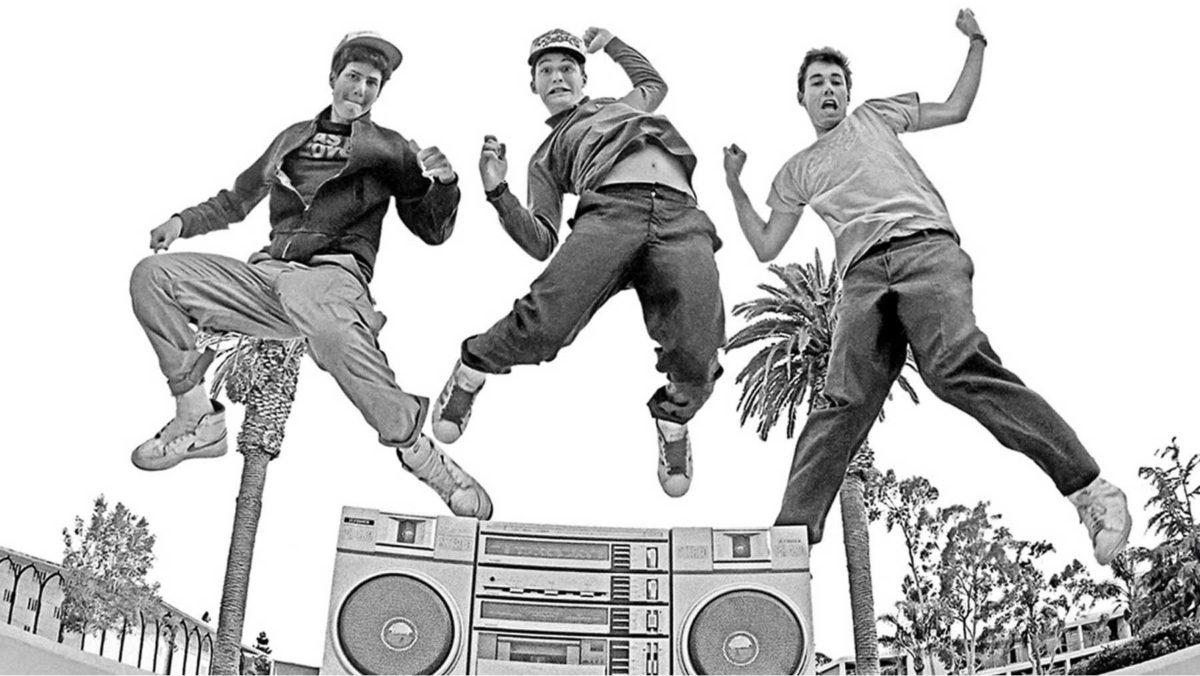 Courtesy of PolyGram
Spike Jonze, who directed the sci-fi romance film "Her," brings his experimental filmmaking technique to "Beastie Boys Story," a documentary that charts the hip-hop group's rise to fame. The living members of the group narrate the film, and Jonze lets them shape the narrative with their words.
By Elijah de Castro
Published: June 4, 2020

The documentary largely features Ad-Rock and Mike D as the story’s narrators. The band broke up in 2012 after Adam Yauch, who was part of the group, died of cancer. They narrate their story over Jonze’s meticulous selection of archival footage. Gratefully, the story of one of hip-hop’s most frenetic groups is told by the group members themselves. Jonze plays with standard documentary conventions by allowing Ad-Rock and Mike D to narrate their own story. With many documentaries settling into a formula of being narrated by someone unrelated, Jonze’s direction is a refreshing change of pace for this story.

Ad-Rock and Mike D begin with a marvelous retelling of their start on the streets of 1970’s New York. Beginning only as a joke, the group took heavy influence from other music in their neighborhood. The adrenaline of creating music fueled the group’s ambition. The members’ vanguard creativity and brash humor were reflected in the nostalgia only Ad-Rock and Mike D could bring.

The heart of “Beastie Boys Story” is about their lives as people rather than musicians. As Jonze often reminds viewers, the members of the group are only human, and they encountered hills and valleys. Ad-Rock and Mike D guide audiences through the sensational success of their first record “Licensed to Ill,” the first rap LP to top the Billboard album chart. They explain how their explosive success led to endless tours, media backlash, international recognition and their inevitable burnout. When the group members’ commentary is accompanied by Jonze’s attention to detail, the documentary can delve into the difficult periods of their lives with ease.

Jonze does not dwell on famous concerts or interviews, instead letting Ad-Rock and Mike D take the lead in sharing their perspectives. When Beastie Boys first separated in 1988 for a few months, it wasn’t because it was a one–hit wonder and couldn’t find success anymore, as the media at the time portrayed. It was because they were worn out, exhausted teenagers, as Ad-Rock and Mike D explain.

The band’s initial separation following its burnout is where they began their journey of discovering themselves and their place in the world as young musicians, Ad-Rock explains. It is this point in the story in which the group has to work its way back up again, following the failure of its second album “Paul’s Boutique.” Charting its return to greatness after a moment of failure is certainly a predictable route, but Jonze’s direction and Ad-Rock’s energy give this down-on-its-luck part of the band’s story fun details that makes its eventual comeback sweeter.

The documentary also appropriately discusses how the band members matured as both musicians and people over the years. Ad-Rock and Mike D guide us through the different record labels they worked with and joke about the origins of their most iconic hits. Explaining how they evolved and bettered themselves, Ad-Rock and Mike D briefly denounce how they acted as teenagers, particularly their lyrics about women. They make fun of the outrageous way they ogled and spoke to girls in their music, displaying a comforting self-awareness about what Beastie Boys embodied at the time.

“Beastie Boys Story” ends with Ad-Rock almost in tears and Mike D taking over to remember Yauch. The documentary remembers him as a friend and a good person who organized the Tibetan Freedom Concert. He wasn’t just that guy from Beastie Boys. Having narrators with firsthand experiences lets audiences sit and truly understand Ad-Rock and Mike D’s grief for their bandmate.

“Beastie Boys Story” retells the story of such a famous group through creativity and entertainment. Funny and emotional, this live documentary is another fantastic addition to Jonze’s catalog and an affectionate look at the history of Beastie Boys for fans of the group.

Lackluster narrative and casting isn’t saved by the visual effects in “Transcendence.”

Growth on display at 92nd Oscars