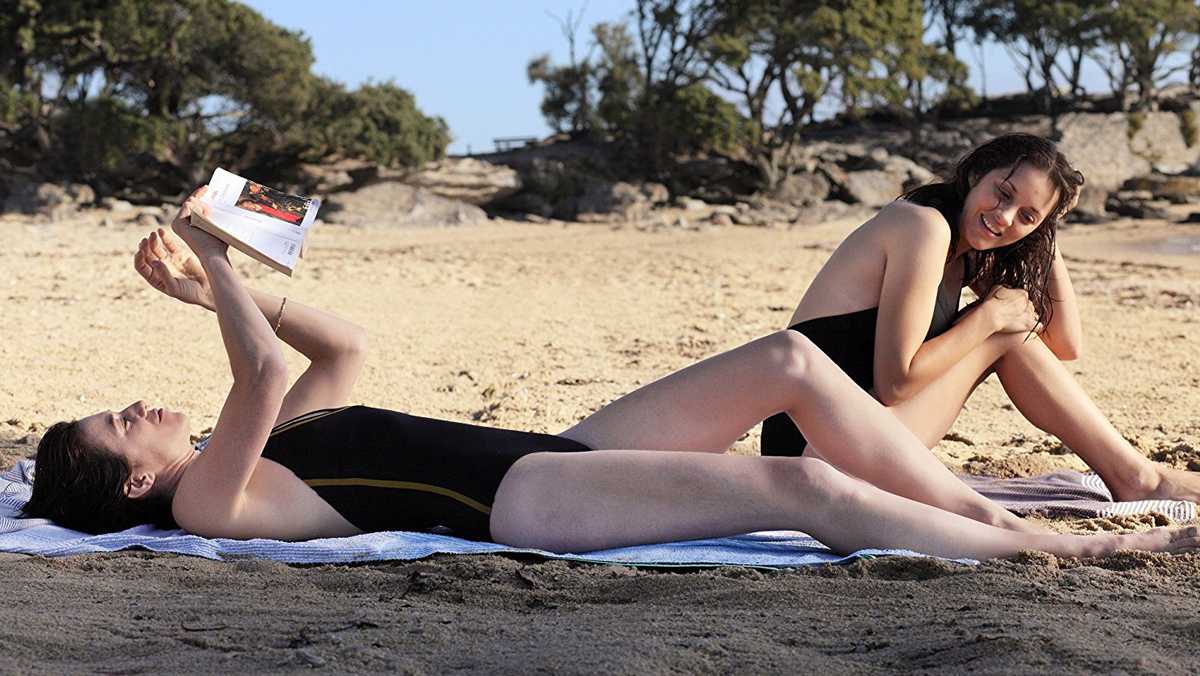 For a Frenchman, Ismaël Vuillard (Mathieu Amalric) really loves American rap music. Ismaël is a famous director and screenwriter, and in the film’s opening scenes, his writing den sounds like the Moonies dance floor.

Much of Arnaud Desplechin’s “Ismaël’s Ghosts” is as frenetic and restless as Amalric’s protagonist. Ostensibly, the film concerns Ismaël’s life as he squirrels himself away in his beachfront property with his girlfriend, Sylvia (Charlotte Gainsbourg). When his wife, Carlotta Bloom (Marion Cotillard), reenters his life like a specter, Ismaël descends first into melancholy, then into mania. Nearly everyone had assumed Carlotta was deceased — “I declared her absent, not dead,” Ismaël is careful to tell her father, Henri Bloom (László Szabó) — because Carlotta has not been seen or heard from in 21 years.

Desplechin colors this reacquaintance of husband and wife with raw, unflinching emotion. Desplechin isolates Cotillard in the frame, as if the film itself still is not convinced of her corporeality, and Cotillard is dressed in a loose pink shawl that floats in the breeze like a ghost’s sheet. Carlotta’s reappearance seems like the narrative spark of “Ismaël’s Ghosts,” but the marital conflict does not rear its head beyond the film’s midway. Desplechin decides that exploring Ismaël’s professional life is much more interesting. The romantic premise is shattered — goodbye, love triangle, and hello, descent into madness.

The screenplay, written in part by Desplechin, buds outward in a smorgasbord of often-incomprehensible subplots. Carlotta tries to reconnect with her father. Sylvia leaves to find herself. Ismaël picks a new den to crawl into and refuse to leave, much to the agitation of his line producer, Zwy (Hippolyte Girardot). To inject extra intrigue into the proceedings, the film occasionally enters the international spy story Ismaël is writing, a tale of heroic foreign diplomat Ivan Dedalus (Louis Garrel) and his Parisian lover (Alba Rohrwacher).

In these film-within-the-film sequences, Desplechin seems to be looking over his shoulder at the French cinema that came before him. Odd jump cuts and shaky zooms into characters’ faces recall the hasty camerawork of the ’60s, despite the more modern techniques peppering the film. During his journey to insanity, Ismaël finds himself in a train car that makes innovative use of green screen, the background out of his window changing from Parisian streets to tunnels to countryside like bad rear projection in an old movie. Amalric’s wide, lunatic eyes perfectly accent the effect.

Amalric, probably best known to American audiences as the Bond villain of “Quantum of Solace,” is a frequent collaborator of Desplechin’s. Ismaël is four films’ worth of characterization sardine-packaged into one role, and Amalric shoulders the burden dutifully. But by the time he’s ranting about Jackson Pollock in his attic and holding poor Zwy at gunpoint, Ismaël has grown horribly unlikable, despite Amalric’s best attempts to the contrary. As it happens, it’s rather hard these days to sympathize with a character who boasts about how many of his actresses he has slept with.

The film unfortunately loses focus as it continues. Its march through its final hour is attempt after attempt at tempered absurdity. Early on, sequences like Cotillard’s dancing to Bob Dylan’s “It Ain’t Me, Babe” feel spontaneous and light. But in the second half, they become torturous and nonsensical. In one memorable interlude, Zwy tries to convince Ismaël to finish his film, only to discover that Ismaël purchased a handgun as well as half a dozen chickens to roam his courtyard and has no intentions of leaving his home. He does, however, offer to make Zwy some eggs, sunny side up. In another mystifying scene, Ismaël awakens to find a nicer-dressed double of himself standing in the courtyard. “Am I in Hell?” Ismaël asks, and when the double says yes, he tries to shoot him. Ismaël hits the stone wall, then shoots out a window, and finally falls unconscious from the sheer exhaustiveness of it all. This brand of wackiness defines “Ismaël’s Ghosts,” but it comes at the price of a coherent narrative.

There are enough moments of brilliance in “Ismaël’s Ghosts” that the film is impossible to fully dislike. Desplechin’s direction is as hypnotic as his story is muddled, and at least his central performers get ample opportunities to show off their range. Of all the great scenes in the film, the Jackson Pollock scene in the attic stands out the most — “Ismaël’s Ghosts,” like the majority of Pollock’s work, constitutes a mess of inked lines on a canvas. How much one reads into it is up to their discretion, but if one thing is for certain, it’s that the artist is unwilling to show the pattern beneath the chaos.