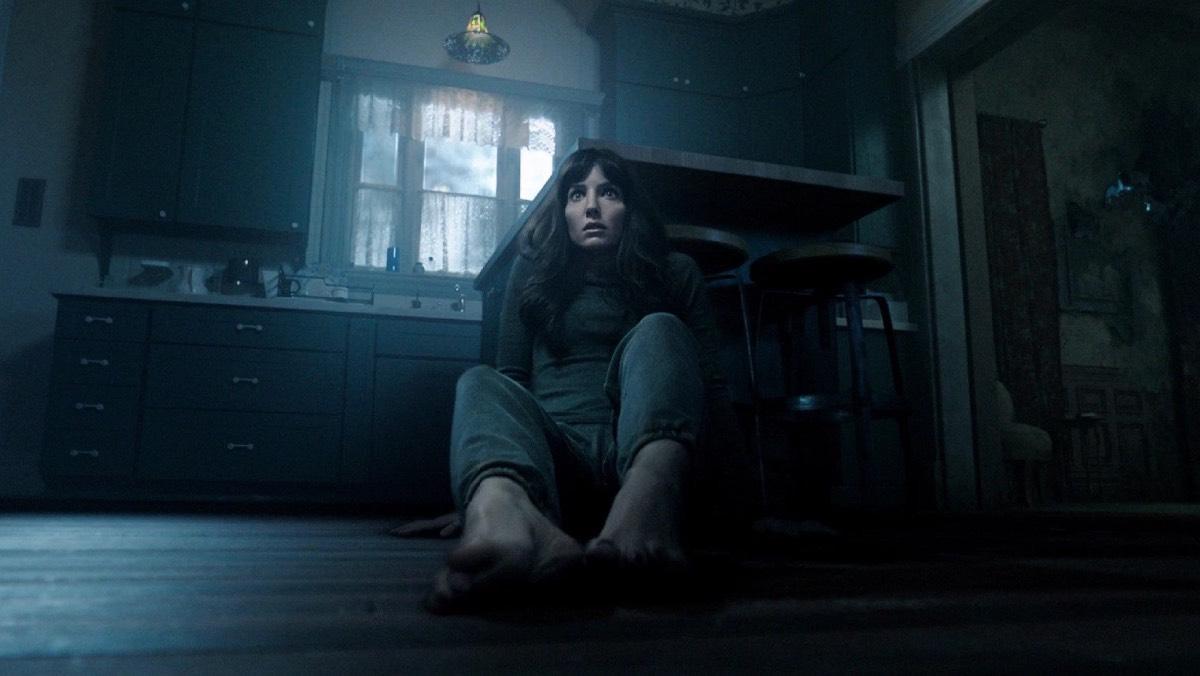 Courtesy of Warner Bros. Pictures
After directing "Aquaman" in 2018, horror auteur James Wan returns to his genre for an insane outing filled with blood and gore.
By Matt Minton — Contributing Writer
Published: September 21, 2021

Those who have paid attention to the horror movie scene these past few years will know that James Wan has been at the creative forefront of multiple horror film franchises like “The Conjuring,” “Saw,” and “Insidious.” With “Malignant,” fans of Wan have a new journey to undertake.

Wan’s love for horror and giving the audience a good scare — and thus a release from their everyday lives — shines through in all his films, despite some of their flaws. After directing “Aquaman,” “Malignant” sees Wan finally returning his focus to horror. Viewers follow Madison (Annabelle Wallis) who becomes tormented by visions of murder. As Madison begins to suspect that her visions are linked to real-life murders, her troubled and long-forgotten childhood becomes key to uncovering who is behind the horrific deaths.

“Malignant” is an insane creative endeavor with increasingly shocking revelations throughout. Once the audience gets to the third act, “Malignant” completely subverts expectations with a seemingly never-ending escalation of blood and gore, along with increasingly complicated plot developments. If nothing else, “Malignant” is the work of a filmmaker who is having the time of his life and loves what he does.

The cinematography of “Malignant” is a clear highlight. The long interior tracking shots, intense close-ups and a clear 70s–80s style breathes life and style into “Malignant.” Drawing from the styles of stylized Giallo Italian thrillers like “Deep Red,” and the films of Dario Argento like “Suspiria,” Wan’s love for horror shines through with his creative choices. As evidenced by the searing red color palette in some of the film’s most dramatic scenes, Wan undoubtedly wears his influences on his sleeve — for better or for worse.

Unfortunately, “Malignant” muddles moments of camp and seriousness together and relies too heavily on exposition. Wan includes moments that are intentionally silly and on-the-nose, while simultaneously expecting audiences to take more dramatic scenes seriously. Due to the film’s weak and undeveloped script, the audience never gets the opportunity to develop an emotional attachment to the characters, souring the ending.

When it comes to the cast of characters in “Malignant,” Madison has the most interesting backstory. However, because the audience mostly watches other characters uncover information about her rather than experiencing it through her own eyes, her character arc in the film feels stifled. Furthermore, Wan attempts to integrate some deep themes into “Malignant” like relationship abuse, gaslighting, teenage pregnancy and the power of sisterhood, but because of the frequently messy, silly and campy tone, these themes are barely touched upon.

At a runtime of nearly two hours, “Malignant” drags and takes a while to get going. The first act ends up feeling fairly confusing, switching away from Madison to random characters whose significance isn’t revealed until much later on. For instance, viewers get introduced to Jane Doe (Jean Louisa Kelly), a woman running a Seattle Underground Tour who is later seen flung up in a Saw-like trap in a strange attic. The story doesn’t return to her character until later on in the film, but the audience doesn’t learn enough about the character initially to really follow what happens to her.

Although a poorly written screenplay creates confusion for the viewer on what the tone is really going for, “Malignant” still remains the unique and entertaining product from a horror auteur. There truly is something to admire about the ambition of it all, in spite of its faults. Its overall audience feels fairly limited because of its lack of broad appeal, but diehard horror fans will find something to sink their teeth into with this insane horror creation.