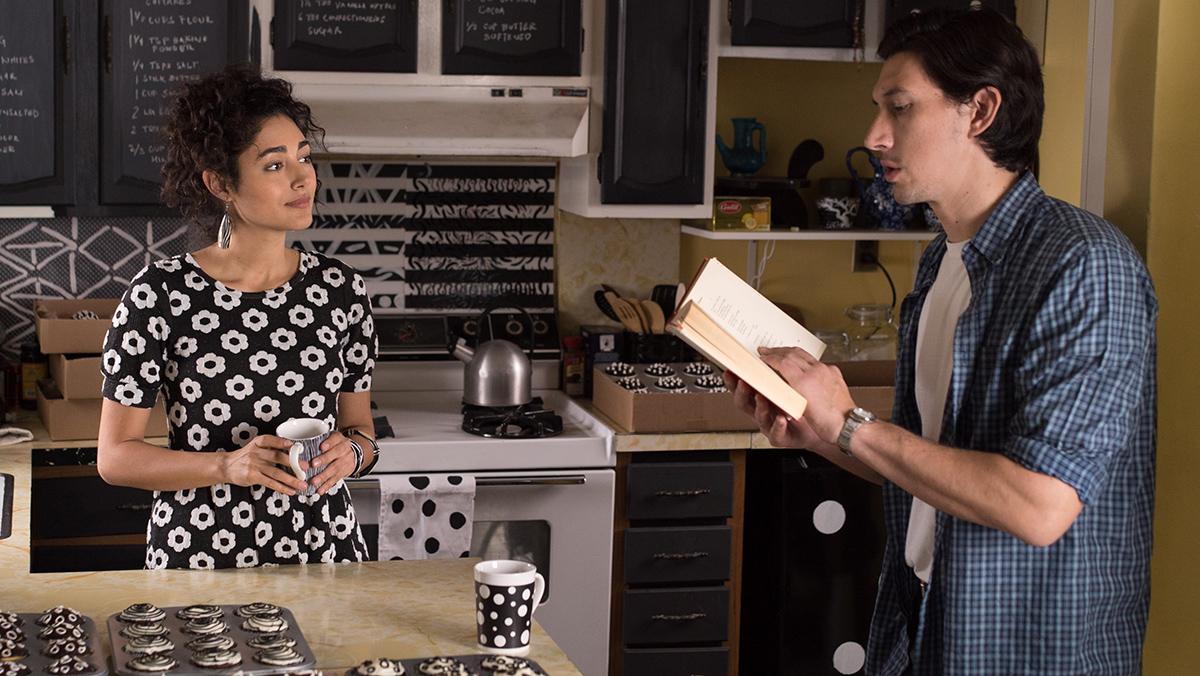 Amazon Studios
Adam Driver stars as Paterson, a bus driver and poet living in Paterson New Jersey. Laura (Golshifteh Farahani), Paterson's partner, insists that Paterson share his writing, but he refuses and is content to drift through life under the radar.
By Aidan Lentz — Staff Writer
Published: February 28, 2017

“No ideas but in things.” This line from William Carlos Williams’s seminal poem “Paterson” informs the message the recently released film of the same name. Unabashedly inspired by the work of Williams, “Paterson” is an effective, peaceful and grounded reflection of life.

Jim Jarmusch’s “Paterson” stars Adam Driver as Paterson, a bus driver in the city of Paterson, New Jersey, who writes poetry on the side. The film takes place in the span of a week, showing the routine of Paterson’s life and his relationships. Paterson wakes up, goes to work, walks home, talks to his partner Laura (Golshifteh Farahani), then goes to the bar for a single beer every night. Throughout his day, Paterson writes poetry that reaches the core of what makes his seemly shallow existence profound.

Watching “Paterson” is a truly meditative experience. It’s one of the most comforting movies in recent memory, quietly reassuring its audience that a heavily cyclical life can still be exquisite. The eternally unremarkable and repetitive life of Paterson is infused with a palpable sense of wonder bleeding in from the edges. This is best represented through the film’s cinematography. The same shot compositions are constantly repeated at the same time every day, often staying on these takes for far longer than a standard movie would allow. This allows the audience to tap into Paterson’s silently evolving perspective. Each day, at least one angle of his life is looked at in a slightly different way, shown through a new angle or camera movement. This technique perfectly encapsulates that little bit of beauty people discover when they find something they never noticed about a person or place they see regularly.

Driver is exceptionally subtle in this role. He’s both ordinary and mysterious, never quite revealing how he feels. Instead, he chooses to express himself through his poetry, which is presented through Driver’s narration. Paterson has no desire to show his poetry to anyone but his wife. For him, it’s a secret passion. He greatly enjoys interactions with fellow poets, but even then, he’s far more interested in what they have to say. Paterson’s goal isn’t to be notice, but instead to appreciate the reticent charm of life’s quirks.

His partner, Laura, is a compelling foil to Paterson. She wants Paterson to photocopy and publish his poetry. She dreams of being a designer, cupcake store owner and country star. The real difference between the two is that Laura is far more aspirational, whereas Paterson is content. Laura wishes to be recognized for her art, while Paterson finds peace in his craft. This dynamic evokes engaging questions on the purpose of art and the reasons people are drawn to creating it.

The rest of the supporting cast shines. Rizwan Manji is immediately entertaining as Paterson’s hapless boss who’s constantly embroiled in outrageous family issues. Barry Shabaka Henley plays a lovable old bartender with deep pride in his city, and Masatoshi Nagase plays a Japanese poet deeply interested in Paterson, New Jersey, and the famous poet  Williams. These aren’t the only memorable characters, however — the movie is jam-packed with lovingly crafted people. Even if a character only shows up for five minutes, they feel meticulously conceived to expose something about the human experience while still feeling realistic and three-dimensional.

One of the notable aspects of the film is its dedication to realism and simplicity. Film students are taught in screenwriting classes that scenes need to be moving somewhere. There needs to be a build in tension. A saying in the film industry goes, “The audience should enter a scene late and leave it early.” While these are all valid lessons that apply to most successful movies, “Paterson” is a great demonstration of how to ignore these rules and still be compelling. Often, scenes in this movie don’t feel as if they’ve been crunched down to be as efficient as possible. Instead, it’s a movie full of breathing room. Events happen and characters change, but the movie isn’t scared to linger on these moments. Instead of a heroic protagonist stepping in and controlling the direction of the plot, Paterson is a mostly passive observer. There’s ultimately no grand scheme or story to be told. “Paterson” manages to embrace life for all its mundanity and still be engaging throughout.

“Paterson” is the cinematic equivalent of a hot shower after a long day. It’s a film that manages to express a genuine and potent sense of bliss. That’s not to say nothing bad ever happens. But when something unfortunate occurs, it’s handled with an authentic sense of optimism. Relaxing and reassuring, “Paterson” is an excellent escape to a world that feels wholly familiar.

With a welcome blend of drama and comedy, “The Judge” dishes out lessons on both law and family.

Review: ‘The Judge’ fueled by stars Downey Jr. and Duvall