Review: Jazz singer biopic is a swing and a miss 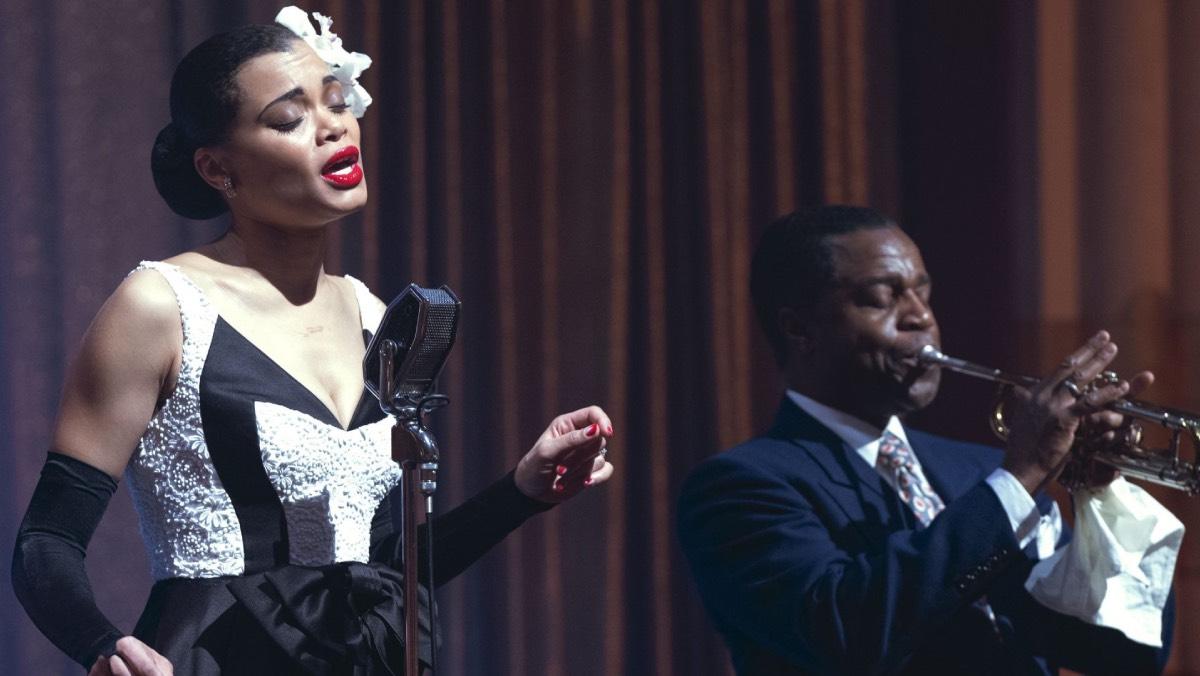 The United States vs. Billie Holiday

Whenever a film attempts to recreate the life of a musician, the result can either be a tasteful homage to one of the greats — like the powerful telling of Władysław Szpilman in the 2002 film “The Pianist” — or an insulting dumpster fire — like the heinous depiction of Nina Simone in the 2016 film “Nina.” “The United States vs. Billie Holiday,” Hollywood’s latest conveyor-belt music biopic, takes one of the finest singers of the swing era and creates the latter.

The first mistake the filmmakers make is thinking it would be a good idea to set the film in the late 1940s, well after Holiday (Andra Day) had reached peak fame in the 1930s. Following Holiday’s late-career struggles with drugs, censorship and feuds with the American government, the film attempts to show its audience so many sides of Holiday’s life that it ends up creating a worthy illustration of none of them.

The film begins with a radio interview between Holiday and radio host Reginald Lord Devine (Leslie Jordan) discussing the censorship of her song, “Strange Fruit.” It is true that “Strange Fruit” — considered by many to be one of the greatest American songs ever recorded — was repeatedly banned from being performed and was censored on radio waves. However, the film doesn’t show the audience the significance it had as a work of art that encapsulated the horrors of post-Civil War lynchings. The film is too concerned with the other, less important details of Holiday’s legacy.

The film spends a weird amount of time obsessing over the lewd details of Holiday’s heroin addiction, treating the audience to uncharacteristically close shots of Holiday shooting into her scabby forearm. The film ties this addiction to Holiday’s claims that she was framed for drug possession so that the government could throw her in jail. Garrett Hedlund plays Harry J. Anslinger, the ruthlessly racist government official who manufactured the war on drugs in an attempt to criminalize Black Americans. However, the film depicts him as a cartoon villain with a mustache — despite Anslinger never having one. His conniving, psychotic ideology is reduced into a laughably overblown “he’s-the-bad-guy” caricature.

By this point, the film has bitten off far more than it can chew. A film about the censorship of “Strange Fruit” and a film about Anslinger’s tirade against Holiday and other Black artists are both great pitches for two separate films. Yet the film insists on telling both of them while simultaneously attempting to tell the dramatic story of Holiday’s personal life.

Additionally, because the film takes place so far after Holiday’s rise to fame, the audience never gets to see her shine. The singing that made Holiday one of the most beloved jazz artists of all time is, surprisingly, rarely shown. When she does sing, it’s clearly not in her prime, as the film only depicts Holiday’s later days as an artist. The film only depicts Holiday’s fall from fame, not her rise, resulting in a film that feels like one giant third act.

If there is any saving grace for this 130-minute mess, it is newcomer Day’s performance as Holiday. Her performance is so convincing, it’s almost uncanny. Day nails all of Holiday’s mannerisms — especially her husky, beautiful voice — with surgical precision. An uninterrupted shot of Day singing “Strange Fruit” in the middle of the film will go down as one of the best scenes of the year. Day’s Golden Globes win is well deserved.