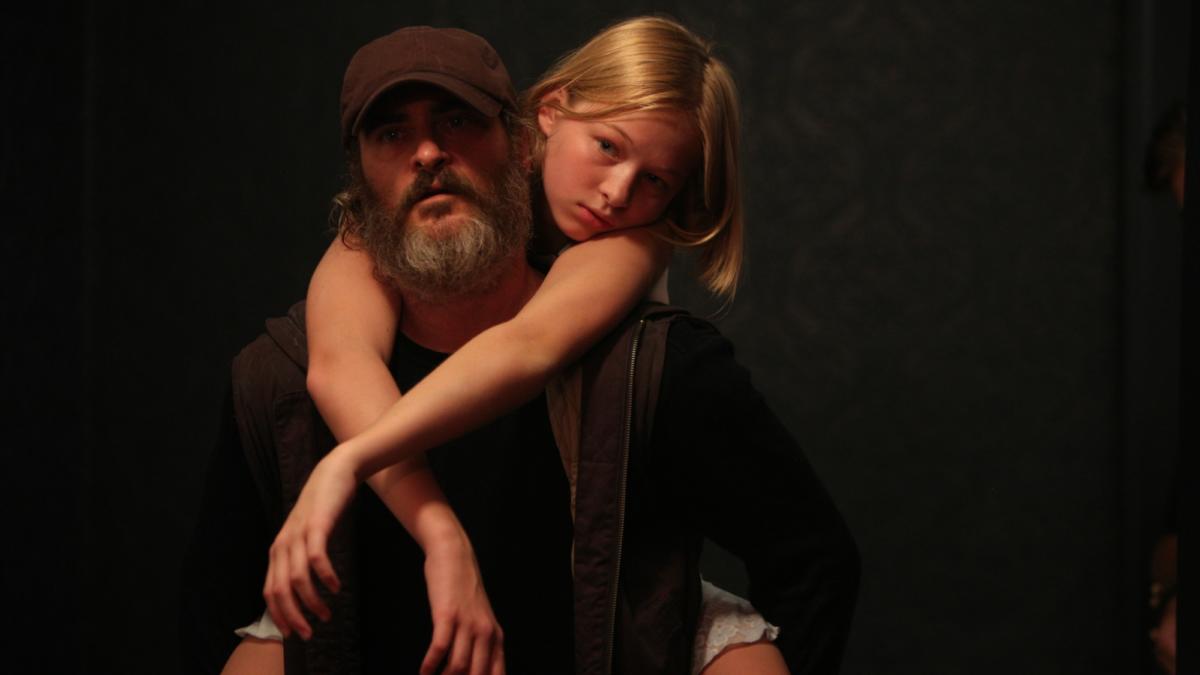 Why Not Productions
Joaquin Phoenix stars in "You Were Never Really Here" as a traumatized veteran hired to rescue a senator's daughter from a sex trafficking ring.
By Michael Friedman — Staff Writer
Published: May 1, 2018

You Were Never Really Here

Since Travis Bickle from Martin Scorsese’s “Taxi Driver,” rarely have there been protagonists like the tortured Joe (Joaquin Phoenix). In “You Were Never Really Here,” director Lynne Ramsay creates a protagonist broken beyond repair. In order to tell his story, Ramsay masterfully utilizes chaotic editing, minimal dialogue, a chilling score and engrossing sound design to communicate anguish, trauma and hopelessness.

The movie centers on Joe, a contract killer with a mysterious past. When he is sent to retrieve a senator’s missing daughter from a sex trafficking network, the case gets out of control, and he uncovers a conspiracy that causes him to confront traumas from his past.

The crowning achievement of this movie is Phoenix’s breathtaking performance as Joe. He owns this role. His performance is subtle for the most part, keeping the same damaged expression throughout the movie. Although the expression is seemingly blank, there is grief behind it. There are scenes in the movie when Joe is simply sitting and thinking about his past. These scenes are quiet, and during them, flashbacks from his past appear on the screen, which causes the viewer to realize that his expression isn’t blank, but desolate.

The score is the driving force of a movie, providing extra emotion to the images on screen. There is no other composer like Jonny Greenwood. His scores are like a schizophrenic smashing of instruments making the most unsettling sounds. After Joe experiences something that further shatters his already-cracked mental state, he gets in his car and drives to investigate a lead. The music that accompanies his driving is chaotic and unnerving, perfectly in sync with Joe’s mental state. The most interesting thing about this score is how layered it is. Every song is replete with different melodies and instruments, and the result is anarchic and horrifying. All of the songs add emotion to the movie and perfectly accompany Joe’s journey.

On top of the score, the sound design is an anxiety-inducing nightmare. The sounds of New York City are turned up to 11: Subways, traffic, conversations and horns are all blaringly loud. The sound design communicates how he views the world. There is a scene where he is walking down the street and throughout, car horns are blaring and tires are screeching. A young woman comes up to him and asks him if he can take her picture with her friends. He doesn’t understand the question, and she asks again. He looks at her like she is from another planet. He has become so oblivious to the world around him that he has lost any ability for social interaction with strangers.

Joe creates a feeling of uncertainty throughout the whole movie. The audience has no idea where he is going or what he is going to do next. He is completely unpredictable, especially when it comes to acts of violence. There is a scene where he encounters two criminals. He kills one and wounds the other. He gives the wounded man a painkiller. Together, they lay down on the floor as the man bleeds out and they sing a song. It’s one of the strangest yet most beautiful moments in the movie. To contrast the tenderness of that scene, there is a scene where someone gets in Joe’s way and he starts beating the man to death with a hammer. His violent outbursts are completely unpredictable, which gives the movie an erratic advantage over the viewer.

The movie is deeply depressing, yes, but an eerie score from Greenwood keeps the movie thrilling and engaging. In addition to that, it also manages to be profoundly poetic, thanks to a moving performance from Phoenix. “You Were Never Really Here” will shock, it will disturb, and it will, somehow, manage to be emotionally touching.

Review: ‘The Girl on the Train’ plot teeters off the tracks