Review: Lady Gaga sparkles in ‘A Star is Born’ 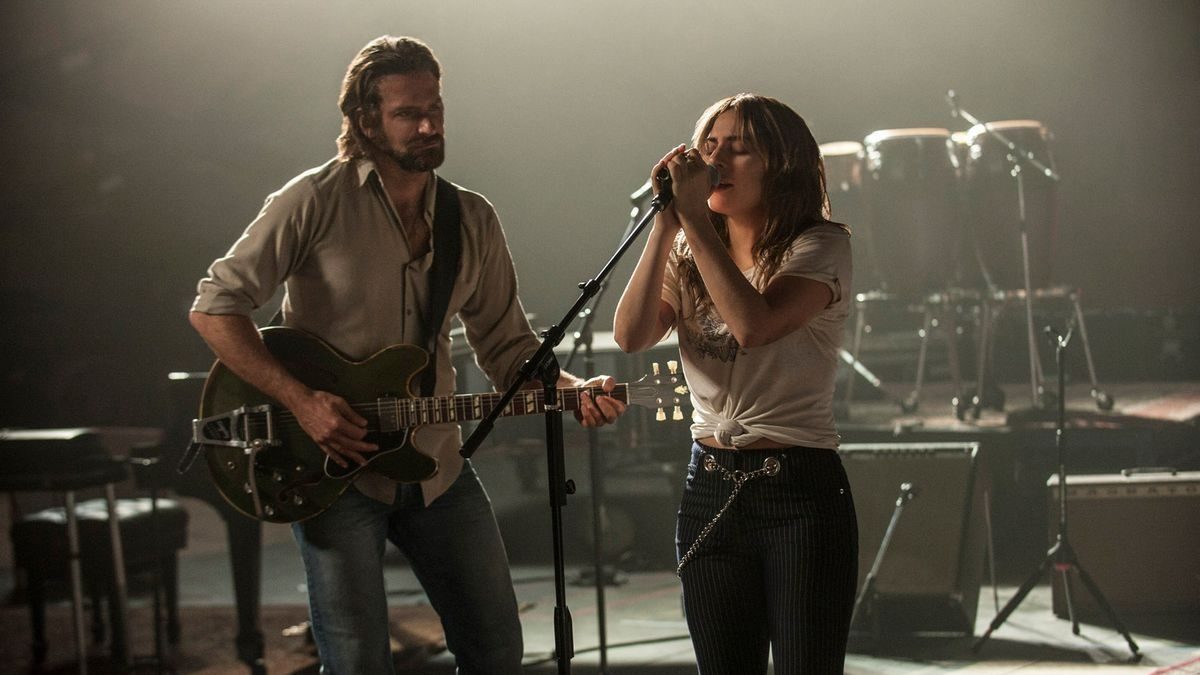 A Star is Born

Bradley Cooper makes his directorial debut with the fourth iteration of “A Star is Born,” a modern take on the timeless story that grips the viewer from the first guitar riff and does not let go until the final refrain.

The film follows Jackson Maine (Bradley Cooper), a veteran rock star who struggles with alcoholism and drug addiction. Things take a turn when Jack stumbles into a bar after a gig and meets Ally (Lady Gaga). After Jack sees Ally perform at the bar, he becomes dead set on having others experience her musical prowess. The film follows the two as they fall for each other while Ally is thrust into the limelight.

Cooper captures a grittiness through his direction that makes the film feel real and intimate. The entirety of the film is shot handheld, giving it a raw quality. Even when Cooper and Gaga are on stage, the camerawork makes the sequences personal, making the most minute emotions come through.

From high-octane performances that feel like a shot of adrenaline to bedtime conversations that feel tender and intimate, Cooper’s direction is incredible for a director of any caliber. The fact that it’s his first time directing makes it even more impressive.

Cooper manages to capture the lush glamour of fame when Jack performs to stadiums of roaring fans, and the grimy aspects that come with it: He gets off stage and immediately lights a cigarette and asks for a drink. The same applies to the blossoming relationship between Jack and Ally — the beauty is shown in just as much detail as the foulness. Just because their love is alive does not mean it’s perfect, specifically when the two argue about Jack’s alcoholism.

Cooper portrays the troubled rock star with nuance that makes his deep struggles evident from his first appearance. Although Cooper hails from Philadelphia, he manages to put on a thick accent that is so convincing it’s easy to forget he isn’t actually a Southern rock star. Jack puts on a macho persona to hide his deeper emotions, explored through his relationship with his brother, Bobby (Sam Elliott). Cooper and Elliott do an amazing job representing restrained emotion, whether that be love or aggression. Any time Bobby and Jack share a scene they feel like they could brawl or hug at any moment. They portray tension from their carefully controlled facial expressions and expertly paced line delivery.

Gaga is one of the reasons the film has gained so much notoriety before its release, and the strongest part of it is her captivating portrayal of Ally. Gaga’s professional acting career is limited, but before Gaga’s stardom, Stefani Germanotta (Lady Gaga’s real name) pursued acting on a small scale. People in the entertainment industry told her she didn’t have the look for it, much like Ally in the film. Gaga’s first appearance in the film is in a show-stopping rendition of “La Vie en Rose.”

The film continues playing to Gaga’s strengths, allowing her to showcase her unbelievable piano playing and stage presence. Ally feels deep conflict between her career and relationship, and Gaga’s performance makes the conflicting emotions tangible. Gaga delivers lines with convincing gusto. It might be hard to believe that one of the most famous singers on the planet could be believable as an aspiring musician, but Gaga pulls it off and makes it look effortless in the process.

As a film about musicians, the original music by Gaga and Cooper is an enormous part that delivers on every front. Gaga’s limitless vocal range and exquisite piano abilities, coupled with Cooper’s raspy vocals and edgy guitar, make the soundtrack magnificent.

Despite the film’s powerful artistry, it has one shortcoming: the editing. Many times, it feels like scenes are cut in half. The script is brilliant, but it seems like a large portion of it was cut out in post-production. There is a scene where Jack is drunk, and Ally is struggling to get him to safety. It then it cuts to a day later, and the two are totally fine without mention of the previous scene. The bizarre editing feels jarring because viewers have to connect the dots themselves. It’s upsetting because each scene has so much going for it, but the momentum is thrown out when there is a sudden jump to something unrelated.

“A Star is Born” is a beautifully tragic film about love, heartbreak, addiction and fame that coincides with the thrilling world of music while showing how difficult it is to maintain success. The documentary-like realness proves the strength of Cooper’s newly-founded directorial abilities, while the actors give performances that aim straight for the heart. Gaga displays her fullest potential when she performs front and center. Although the editing might create some pacing issues as parts of scenes are seemingly cut out, what is there is so strong that the film still packs a punch. From beginning to end, “A Star is Born” makes the rest of the world fade away and ensures that everyone leaving the theater is, as Ally says, “far from the shallow now.”