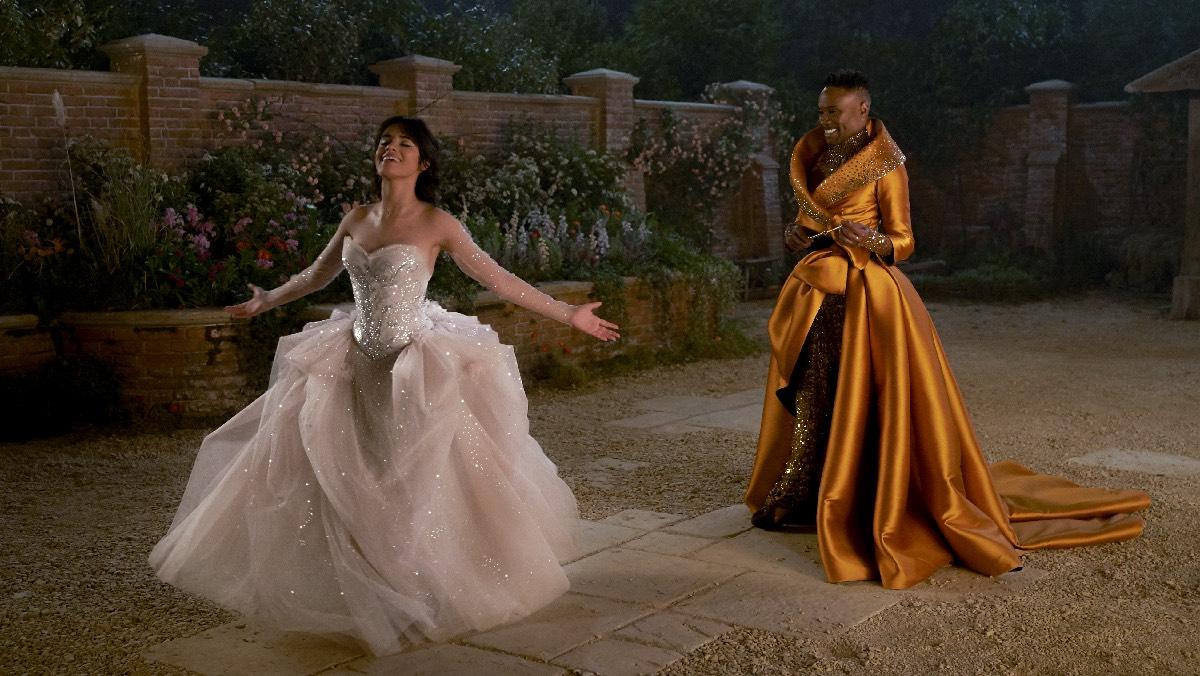 Courtesy of Amazon Studios
The 2021 remake of "Cinderella" is far from the beloved fairytale that audiences have grown to love.
By Avery Alexander — Senior Writer
Published: September 15, 2021

Cinderella is one of those timeless tales that many people will never get tired of. Unfortunately, the 2021 adaptation directed by Kay Cannon is far from the beloved fairytale that audiences have grown to love.

The film opens with one of the cheesiest voiceover jobs in history ― performed by fan favorite Billy Porter (Fabulous Godmother) –– which makes it that much more disappointing. The opening number is set to a rendition of Janet Jackson’s “Rhythm Nation,” and with its enjoyable vocals and dynamic dance number, it could have been strong. Unfortunately, Porter’s narration pushes the scene past charming and makes it downright cringy.

“Cinderella” is a prime example of how a star-studded cast does not necessarily make a movie worth watching. Besides Porter’s voice acting at the beginning of the film, other actors struggle throughout the movie. Camila Cabello, who plays the titular Cinderella, is a beautiful singer, but overacts in almost every scene. Cabello’s lack of acting experience is painfully obvious for the entire film, making her casting a questionable choice at best. To top it off, her character is weak and is reduced to little more than the quirky “not–like–other–girls” archetype.

Another lackluster performance comes, shockingly, from Broadway veteran Idina Menzel (The Stepmother/Vivian). Clunky dialogue and awkward scene direction makes it nearly impossible for Menzel’s acting chops to shine. To make an already uncomfortable performance worse, the film attempts to redeem the Stepmother about three quarters of the way through and it simply doesn’t work. It’s unfortunate because the Stepmother could have been the most compelling character in the entire film, if only the writing gave her enough room to grow and develop.

Despite her acting performance, Menzel boasts the strongest musical number in the entire film. Her solo song “Dream Girl” is worth watching over and over again. The song is a powerful, rock ballad about women being forced to settle into their roles in society, set to a rousing guitar solo and dynamic camera work. While most of the music is made up of covers of popular songs like The White Stripes’ “Seven Nation Army” and Madonna’s “Material Girl,” the strongest songs are the original ones like “Dream Girl” and Cabello’s “Million to One.” Ultimately, “Cinderella” would have been so much better with all original songs instead of the slapped-together soundtrack it has.

The songs, while well-sung, start and end abruptly and never seem to fit into the story. About halfway through, the movie is just shoving music down viewers’ throats like sugar pills in a desperate attempt to keep the audience engaged. Spoiler alert ― it does not work.

While there is a lot wrong with the writing, the biggest issue comes from Prince Robert (Nicholas Galitzine) and Ella’s relationship. The two have absolutely no chemistry and their feelings for each other develop blindingly fast. For a modern rendition of a classic fairytale, “Cinderella” sure doesn’t do much to make the romance believable.

Robert falls head-over-heels for Ella after she gets into trouble for climbing up into the lap of a statue of his grandfather. While this is a funny moment and does a good job at showing the audience what kind of person Ella is, Robert’s response to it makes no sense. Somehow, this moment makes the prince go from a fool-hardy, useless loner with no plans of marriage to a starry-eyed puppy dog ready to take Ella’s hand at the drop of a hat.

The film marketed itself as an innovative, modern interpretation of an old story, but it isn’t the first, nor the best, movie to do this. It’s true, “Cinderella” (2021) is not the worst movie in the world, but it certainly is one of the worst modern Cinderella adaptations to date. After all, Cabello has the daunting task of standing up to other Cinderellas like Drew Barrymore in “Ever After” (1998) and Brandy in Rodgers and Hammerstein’s “Cinderella” (1997). Even the 2008 Disney Channel Original film “Another Cinderella Story,” starring Selena Gomez, is better.

With that being said, the film uses the mixed modern and classic elements as an excuse to create a seriously stunning wardrobe. The ball where Robert is to find Ella and make her his bride is a buffet of gorgeous costume designs. Some of the best outfits include an entirely black ball gown made of fluffy tulle worn by a bald dancer with gold leaf adorning her head and a pink and gold sari-inspired gown worn by a dancer with striking eye makeup, dark red lipstick and a show-stopping golden tiara. The costumes alone are a visual marvel and they are magnificent enough to focus on while ignoring some of the more disappointing elements of the film.

For a movie with so much raw potential, “Cinderella” (2021) is destined to fade into obscurity. In a few years, no one will remember this unfortunate adaptation, especially when it’s inevitable that more and better versions are never going to stop getting released.