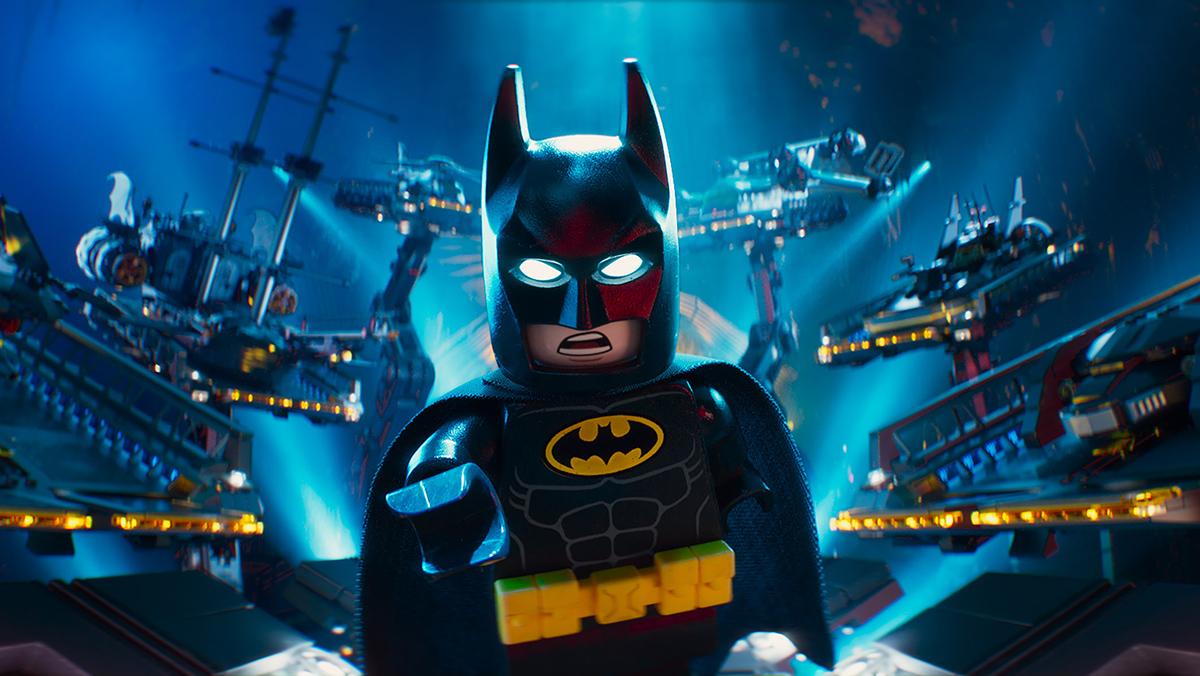 Warner Brothers
"The Lego Batman Movie" pulls from every corner of the DC universe to tell the story of Batman as he learns to allow other people into his solitary life.
By Silas White — Staff Writer
Published: February 14, 2017

Batman has seen a number of different interpretations in film, from Tim Burton’s slightly cartoonish “Batman” movie starring Michael Keaton to Christopher Nolan’s darker and grittier “Dark Knight” trilogy. “The Lego Batman Movie” is self-aware of past tropes and iterations, and that’s why it works.

“The Lego Batman Movie” is a laugh riot from start to finish. It contains so many Easter eggs and nods to past Batman movies and comics that it’s hard to imagine catching all of them in one sitting. It features an abundance of minor villains, so much so that the Joker (Zach Galifianakis) dares the audience to Google them to see if they really exist (they do, even Condiment King). The film’s writers know that audiences are familiar with Batman by now, and they play off of that fact by subverting the audience’s expectations in surprising ways. In fact, much of the storytelling pays off because characters within the film are self-aware. The plot highlights how goofy the character is instead of trying to reinvent him — a refreshing take for viewers sick of the dark and brooding Batman of recent years.

The film’s main conceit is that Batman (Will Arnett) is a strange character. The film starts off with a spectacularly animated battle scene between Batman and a motley cast of villains led by the Joker. A purposefully cliched victory once again leaves all of Gotham in his debt. However, the remainder of the plot explores how Batman is lonely and scared to reach out to others. He lives in a huge empty mansion, watching romantic comedies by himself — “Jerry Maguire” is seemingly his favorite — with nobody to talk to except his butler, Alfred (Ralph Fiennes). The film explores the idea that someone who dresses up in a Halloween costume and fights criminals at night may be suffering from deep-rooted issues. It actually does a great job of examining Batman’s character, as well as the relationship between Batman and the Joker, albeit in a funny way.

Comedy is where “The Lego Batman Movie” shines. Jokes come rapid-fire, with the audience still laughing at one joke by the time the next one is heard. The film is self-aware and makes fun of not only Batman tropes, but superhero movie tropes in general. There’s one joke, for example, where Barbara Gordon (Rosario Dawson) suggests taking the help of villains Joker has scorned in the past to help fight him, and Batman says, “Criminals fighting criminals could never work,” in an apparent jab at fellow DC movie “Suicide Squad.” Batman also frequently mocks a popular Marvel hero, and his tepid father-son relationship with Robin (Michael Cera) is a recurring source of humor. If there is one area of the film that is slightly lacking, it’s that there isn’t much comedy aimed at adults. There are a couple of jokes that may go over the heads of younger audience members, but compared to its predecessor, “The Lego Movie,” it falls a little flat.

Voice acting in the movie is also spot–on. Will Arnett in particular seems like he was made to voice this version of Batman: His gravelly voice is true to the character, yet funny at the same time. Michael Cera’s wide–eyed and innocent–sounding voice works well for the film’s young and naive version of Robin, and Dawson brings emotional range to Barbara Gordon. Galifianakis’ voice is a little too soft for a traditional Joker, but within the humorous and satirical take on the characters, it doesn’t seem out of place.

While the first half of the movie is spectacular, the second half begins to falter. The movie throws so many life lessons at the audience that it begins to feel like an after-school special. Obvious product placement and plugs for other Warner Bros. franchises take away from the film’s integrity. On the other hand, the diverse cast of characters spanning multiple Warner Bros. franchises made the movie feel like it could have come from the imagination of a couple of children playing with their Lego sets. The biggest and most obvious lesson Batman has to learn is how to let other people into his life — even the Joker, who yearns for Batman to admit he likes fighting him.

The animation and Lego builds are incredibly well-realized and impressive. Great animation is the norm for a film with as big a budget as this one had, but even so, the colors pop and the cinematography during action sequences was well–planned and executed. There is one scene in particular where Batman is guiding Robin through a high–tech security system, and the acrobatics and camera angles make it a thrill to watch. Lego enthusiasts might be giddy at some of the more complex creations featured in the movie.
Overall, the movie is a fun ride from start to finish and may even be the best DC movie of the last few years. At times, it manages to find a surprising middle ground between humor and DC’s darker and grittier take on superheroes. Perhaps DC should consider making more movies with Legos in the future. It isn’t the perfect movie and isn’t as good as “The Lego Movie,” but it should please fans of all ages.

For more on “The Lego Batman Movie,” check out the Feb. 14 edition of Deja View.