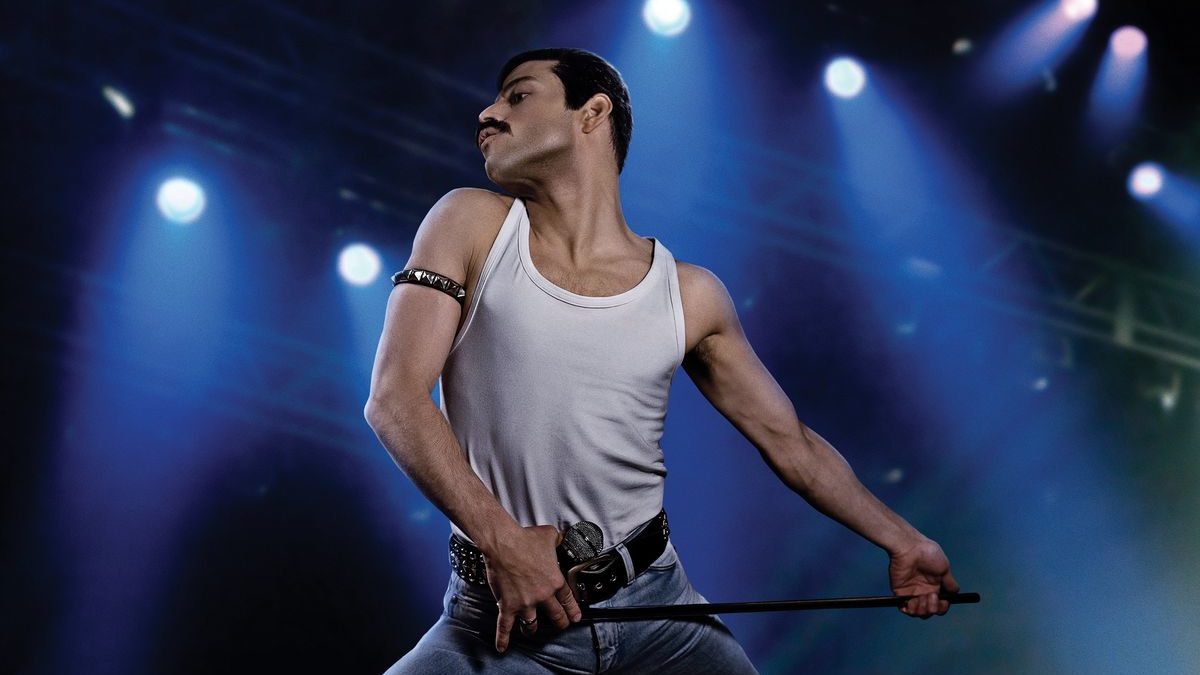 Is this the real life? Is this just fantasy? It’s a bit of both worlds in “Bohemian Rhapsody,” a music biopic about Queen that tells the story of how it became one of the most influential bands of all time. The film primarily centers around Freddie Mercury (Rami Malek) and tells the compelling and emotional story of his rise to stardom, which successfully humanizes the rock–and-roll icon.

Malek was born to play Freddie Mercury. He embodies the music legend from head to toe with his greasy hair, high cheekbones and large overbite, and he even rocks Mercury’s stylish and outlandish wardrobe. Malek was also able to bring Mercury’s electrifying and confident personality to life. The “Mr. Robot” star was able to perfectly mimic Mercury’s mannerisms, expressions and even his eccentric dance moves. At the same time, he was able to capture the heart and soul of his character, making this one of the best portrayals of a famous icon in recent years.

The story does feel a bit familiar and artificial, as it’s told in the same way as other music biopics: The main character starts out as a nobody, meets the love of his life and fellow band members and rises to the top. After struggling with fame and drugs, he forgets about who and what is important to him and ultimately has to make a comeback. The real underlying issue is the flow and pacing of the film, which often times felt like a selection of sequences from Mercury’s life pasted together along with a few magical music performances.

“Bohemian Rhapsody” also shows how the band rose to the top and the business struggles it faced along the way. One particular aspect that worked well were the scenes where the band is arguing with EMI Executive Ray Foster (Mike Myers) about whether or not the song “Bohemian Rhapsody” would become a hit. It showed how, in their prime, the members of Queen were stubborn and listened to their guts, as they knew they were the greatest out there. They didn’t allow anyone to stand in their way, and that was truly inspiring.

The relationship between Mercury and Mary Austin (Lucy Boynton), his closest friend and partner, was nothing out of the ordinary until Mercury fully revealed his sexuality to Mary. The film hit it home when illustrating the struggle both characters went through after splitting apart. Even though Mercury was a gay man living a rockstar dream, Mary would always be the love of his life. On the other hand, Boynton did a stellar job portraying how Mary’s character is strong and supportive of Mercury’s life, even though it breaks her heart in the process.

While the film certainly gave viewers an in-depth look at Mercury’s personal life, it didn’t fully flesh out the other members of Queen — Brian May (Gwilym Lee), Roger Taylor (Ben Hardy) and John Deacon (Joe Mazzello). These three characters don’t get enough time to establish themselves as individual characters, which is even more frustrating considering that the actor’s performances were almost as spot on as Malek’s. The screen time when the band was creating music together on a secluded farm and arguing was some of the best scenes in the film, just behind the epic musical performances.

“Bohemian Rhapsody” is more than just a musical biopic. It’s a musical experience and nostalgia cruise ride for Queen fans. Some of the band’s most famous songs, such as “Another One Bites the Dust,” “Radio Ga Ga” and “Killer Queen,” were given their own intriguing origin stories and each had its own time to shine. When it came to the band’s revolutionary Live Aid performance in the third act of the film, which is easily the greatest scene in the entire movie, it was hard to not to bop your head and sing along. The scene perfectly recreated this historical performance and got every little detail down to utter perfection, making the audience feel like they are watching the concert live.

Like Mercury’s character, “Bohemian Rhapsody” is flawed, yet beautiful. The film has some choppy pacing along with some eye-rolling moments and fails to tell a full cohesive story. On the other hand, there are some captivating moments backed up by authentic performances and heartfelt moments. Even though the film featured some controversial story changes, “Bohemian Rhapsody” successfully told the story of Freddie Mercury and Queen, which means this biopic conclusively did its job.