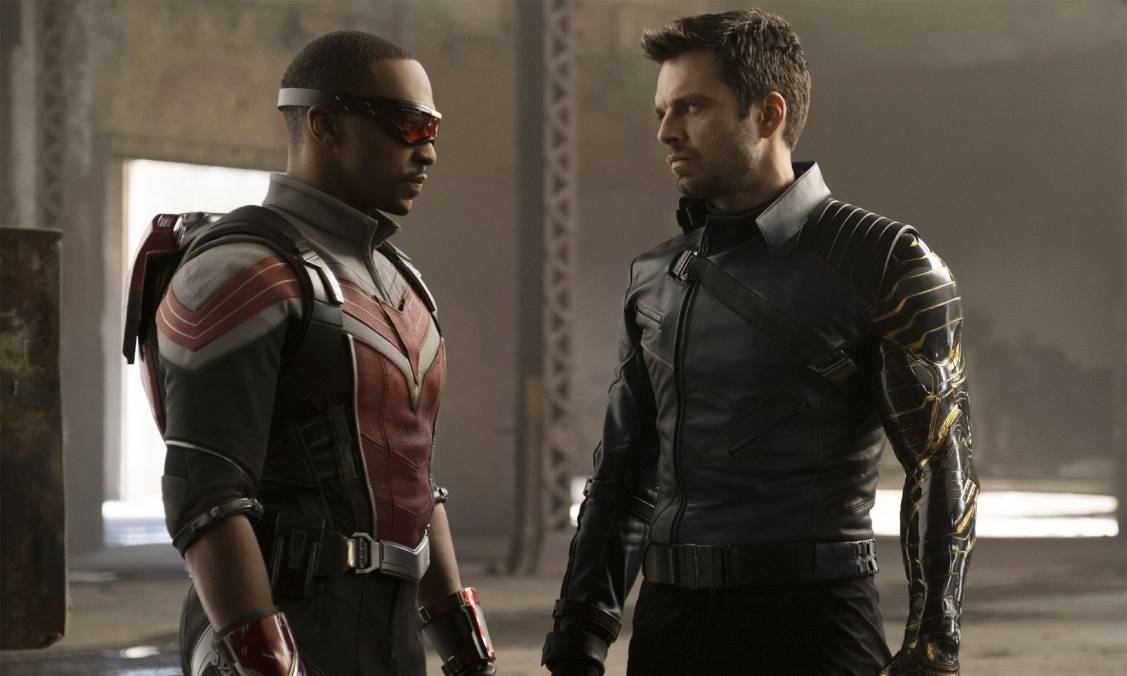 Courtesy of Marvel Studios
"The Falcon and the Winter Soldier" is the Marvel Cinematic Universes latest Disney+ show. The dynamic between Sam and Bucky is rich and interesting.
By Anthony De Lapi — Staff Writer
Published: May 4, 2021

The Falcon and the Winter Soldier

“The Falcon and the Winter Soldier” is the second addition to the Disney+ Marvel Cinematic Universe (MCU) TV line-up. After the success of this year’s earlier show, “Wandavision” fans are excited to see what Marvel has planned for Phase Four of the MCU.

The story takes place six months after the events of 2019’s “Avengers: Endgame,” in the year 2024, which is now called the post-Blip timeline. The show follows Sam Wilson (Anthony Mackie), aka the Falcon, and James “Bucky” Barnes (Sebastian Stan), aka the Winter Soldier, on a series of adventures around the world as they fight a terrorist organization called the Flag Smashers. The Flag Smashers are made up of Super Soldiers, led by Karli Morgenthau (Erin Kellyman), who believe life was better during the Blip and want to aid refugees who were displaced by the Blip.

At the end of “Endgame,” Steve Rogers (Chris Evans) gave Sam Captain America’s shield with the intention of Sam becoming the next Captain America. However, Sam is reluctant to accept the position because he knows that America would not approve. Instead, he decides to give the shield to the government, thinking that the United States would retire the persona. The government soon announces a new Captain America, John Walker (Wyatt Russell). Upset by this sudden change, Bucky confronts Sam and eventually decides to join him on his missions.

Old and new enemies appear throughout the series, and they all have depth and character, something that has been missing from most of Marvel’s movie villains for the past decade. The return of 2016’s “Captain America: Civil War” main antagonist Baron Helmut Zemo (Daniel Brühl) is a highlight of the show. His charismatic behavior perfectly conflicts with Sam and Bucky’s casual attitude as they team up to hunt the Flag Smashers.

The burden of being Captain America is a main element of the show, and both Sam and John Walker have conflicting thoughts on the role. John desperately tries to be just like Steve but fails consistently, and this inner dilemma adds depth to his character.

This show also does a great job developing Sam and Bucky’s characters. Bucky was an antagonist in “Captain America: The Winter Soldier,” a hero–turned–villain that was eventually redeemed by the help of Steve Rogers in “Captain American: Civil War.” Sam, on the other hand, was just a sidekick to Steve Rogers for most movies up to this point. They didn’t have a great influence on the overall story, like Iron Man or Captain America did. This series finally fleshes out the characters, making them the pioneers for the next generation of MCU superheroes.

Although the show has a lot of entertaining and exhilarating action scenes, its story is very bland compared to previous Captain America movies. The actors do fine with the roles, and the story is engaging enough for a casual viewer to follow and enjoy, but it has little rewatch value. The story adds only a little to Marvel’s expansive cinematic universe. It’s not bad, but it isn’t groundbreaking either.

Marvel has become popular for fleshing out originally flashy superheroes into believable and relatable characters. It can turn space warriors, supreme sorcerers and genius inventors into casual people who fans can imagine walking down the street having pizza nights. Not only does this show focus on the more mundane heroes of the franchise, but it also is able to implement sociopolitical context into the MCU, like the Black Lives Matter movement, in a way that doesn’t feel forced or difficult to watch.

The show has been executed in a small, neat fashion. If a fan wants to understand the new world of the MCU before the upcoming movies come out, and wants to watch a short and smooth serial adventure with two underrated superheroes in this franchise, then “The Falcon and the Winter Soldier” is the right show.