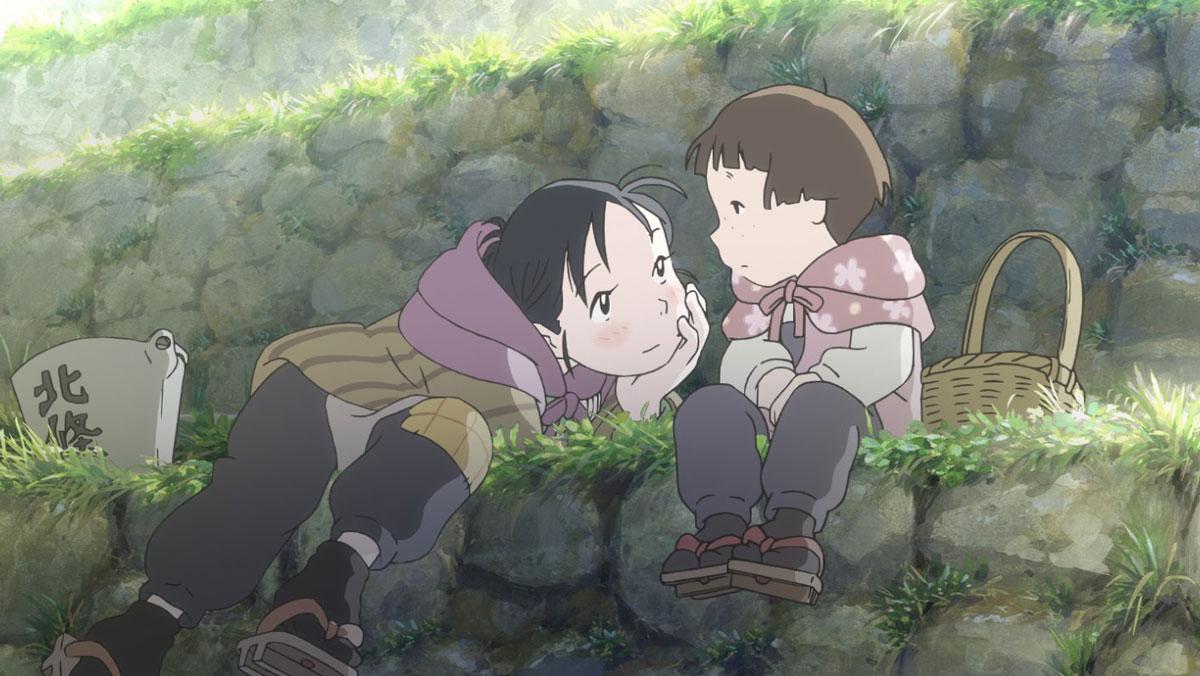 Mappa
Set during World War Two, "In This Corner of The World" is a domestic drama about finding meaning in the midst of chaos.
By Aidan Lentz — Staff Writer
Published: September 19, 2017

In This Corner of the World

Suzu (Non) moves to the city of Kure, excited to take on the challenge of being a housewife. Unfortunately, the pressures of World War II make her mundane existence more difficult than she expected.

“In This Corner of the World” is written and directed by Sunao Katabuchi. The film follows Suzu, a young woman who marries Shusaku (Yoshimasa Hosoya), a man she barely knows. Just as she adjusts to her new life, World War II makes life difficult for her new family, as they’re forced to withstand air raids while living on tiny rations. In addition, Shusaku’s surly sister Keiko and her daughter Harumi move in with Suzu and Shusaku. This is due to the fact that Keiko’s husband had just died and her store had been destroyed by the war.

This film is an adaptation of a manga of the same name by Fumiyo Kono, which ran in the “Weekly Manga Action Magazine” from 2007 to 2009. The manga itself is fairly long, and Katabuchi’s adaptation had trouble cutting the story down effectively. The pacing is frequently sluggish. The vast majority of the film focuses on Suzu doing chores. Most of the time the audience isn’t given any reason to care about Suzu’s daily routine.

Paradoxically, some of the most enjoyable moments of the film are homemaking tutorials. Suzu takes the audience step-by-step through the sewing a kimono and a special rice preservation recipe. These sequences feel more like an instructional YouTube video, but they are captivating and educational. While they are strange diversions, they also add an undeniable charm to the movie.

Despite the generally slow pacing of the film, crucial story elements like why Suzu decides to marry Shusaku pass by too quickly to grasp. Katabuchi decides to spend far more time on the trivialities of Suzu’s day to day life instead of the plot. It’s as if the plot of the movie is a speeding train and the audience is sitting beside the tracks. They can clearly see the train speeding by, but it looks an ephemeral blur. For example, there’s a sequence in the second act where Suzu travels back home. The scene goes by extremely quickly after clumsily setting up why she was leaving in the first place. Once she gets home, half of the scene is devoted to flashbacks. The whole sequence could have been cut entirely as it only confuses the viewers. This sort of pacing stumble would have been acceptable once, but it happens far too often to shrug off.

Unfortunately, the audience is never given a clear sense of the other characters in the movie. The most egregious example is Suzu’s husband Shusaku. There aren’t nearly enough moments in the film where Suzu and Shusaku are shown getting to know each other. Instead, the movie elects to just tell the audience that they love each other and know each other well after a time jump. The attempts at marital drama are supposed to make the reintroduction of Suzu’s childhood crush and their later marital problems tragic. However, it’s hard to care about this conflict because the movie never gave a sense of who Shusaku is or why Suzu loves him. At least Suzu’s childhood crush, Tetsu, has a character arc. He’s introduced as a troubled child from a broken home who doesn’t give Suzu the time of day. Later in the film, Tetsu, now as a successful naval officer, visits Suzu’s new home. He has realized that he missed an opportunity with Suzu, and tries to win her over. Suzu, who has come to love her husband, becomes emotionally conflicted. This is almost engaging, but Suzu’s relationship with her husband is barely developed, and as a result, the entire subplot collapses.

The totally inconsistent pacing and lack of character development cause the film to feel far longer than its 130–minute run time.

The film’s animation is its saving grace. “In This Corner of the World” is made up of beautiful watercolors and cute cartooning. There are multiple points in the story where the lines between reality and Suzu’s paintings blur to beautiful effect. There’s a moment where the death of someone close to Suzu is portrayed through an abstract sequence of transforming flickering white lights over a harsh black background. The pure artistry behind the scene — the color scheme, the sounds — excite the viewer in a way the rest of the film does not. If there was one reason to go see this movie it would be the gorgeous, and occasionally chilling, visuals.

Ultimately, this film feels like a wasted opportunity. If it spent more time on character development and less on bizarre vignettes, it really could have been an emotionally impactful film. Sadly, beautiful art style cannot save this meandering movie.

Review: Pixar goes inside the mind with stunning and sophisticated film