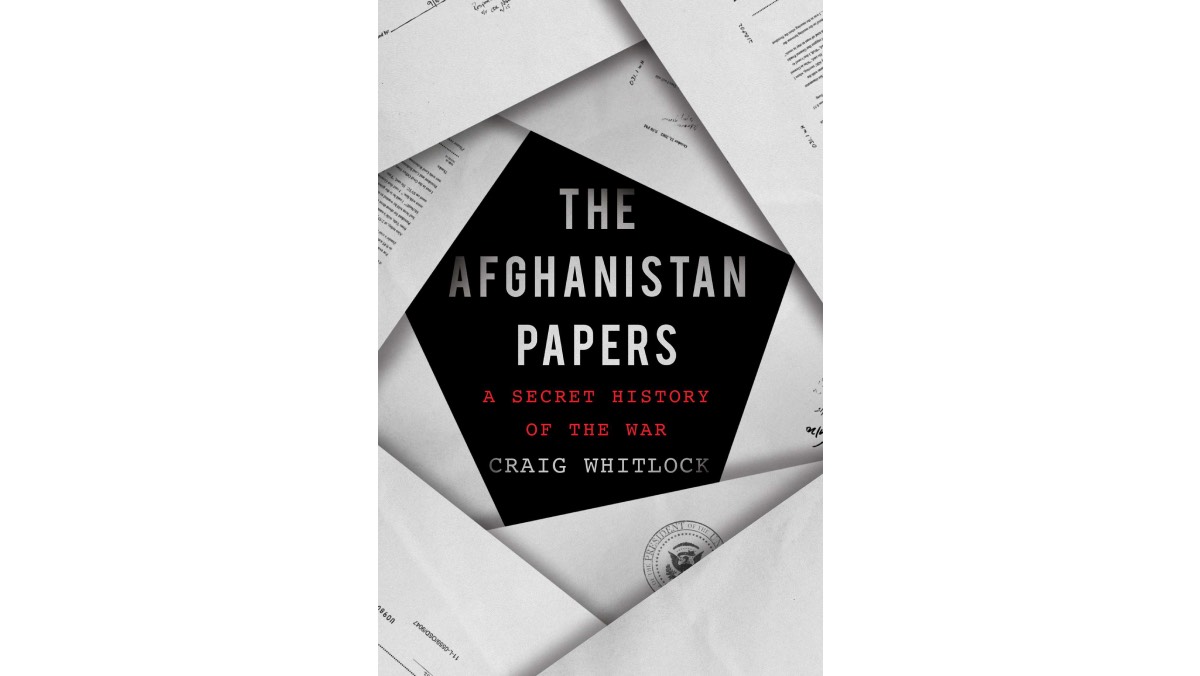 Courtesy of Simon & Schuster
“The Afghanistan Papers” is a grim but masterful exposé of the corruption and deception that fueled the Afghanistan War.
By Elijah de Castro — Assistant Life and Culture Editor
Published: September 13, 2021

The Afghanistan Papers: A Secret History of the War

“The Afghanistan Papers” comes at the end of President Joe Biden’s total and complete withdrawal of U.S. troops from Afghanistan, as well as the 20th anniversary of 9/11, making the book’s release impeccably well-timed. The book is a result of investigative journalist Craig Whitlock sifting through a glut of publicly available information about the War on Terror.

Walking readers through the four presidents that presided over the Afghanistan War — George W. Bush, Barack Obama, Donald Trump and Joe Biden — Whitlock tells the full truth from the horse’s mouth. Whitlock respects his audience with a dry, straightforward delivery that gives readers the space to cope with their emotions.

Whitlock begins his odyssey through 20 years of war by giving readers details on the foundational flaw with the Afghanistan War — the rationale. Whitlock’s reporting lays out how the original rationale of destroying al-Qaida got watered down year after year. The incompetence and poor planning on the part of the Bush administration resulted in wasted resources as well as the construction of a complex of lies that the following presidents preserved.

“The high mindedness and lack of clarity baffled the four-star general,” writes Whitlock. “‘I tried to get someone to define to me what winning meant even before I went over and nobody could,’ [four star general Dan] McNeil said. ‘Lower ranking soldiers in the field also sensed that no strategy existed.’”

Since Whitlock is a first-time author dealing with such disturbing material, his clear-cut delivery allows him to avoid milking the bleakness of the war for emotion. Whitlock takes a laissez-faire approach to the emotional core of “The Afghanistan Papers,” simply leaving the truth on the page and the rest up to the reader.

While Whitlock reminds readers of the massive sacrifice that American troops put on the line, he also doesn’t turn a blind eye on the endless list of war crimes that the American military committed on the people of Afghanistan.

“A lone US soldier — staff sergeant Robert Bayles strode into two afghan villages in Kandahar province in the middle of the night and inexplicably massacred 16 sleeping villagers, most of them women and children,” Whitlock writes. “The mass murder enflamed Afghans and the Taliban exploited it as propaganda fodder.”

It is a frustrating, somber read, especially in later chapters where Whitlock recounts the systematic lies that the Obama administration told to change public opinion.

“To reinforce the message, the Obama administration officials touted statistics that distorted what was really happening on the ground,” Whitlock writes. “The Bush administration had done the same, but Obama’s staffers in the White House, the Pentagon and the State Department took it to a new level, hyping figures that were misleading, spurious, or downright false.”

However, Whitlock understands that the subject matter he writes about is grave and demoralizing. So, to lighten the mood, he gives readers small moments to breathe by including some of the less serious, humorous details that he discovered in his research.

There is so much tragedy that Whitlock crams into the pages of “The Afghanistan Papers,” it is hard to recount in one mere review. However, at the heart of the book is a candid exposé of a war that succeeded only at enriching the profits of private defense contractors, making it essential reading for the average American.

Review: Billionaire advocates for the environment