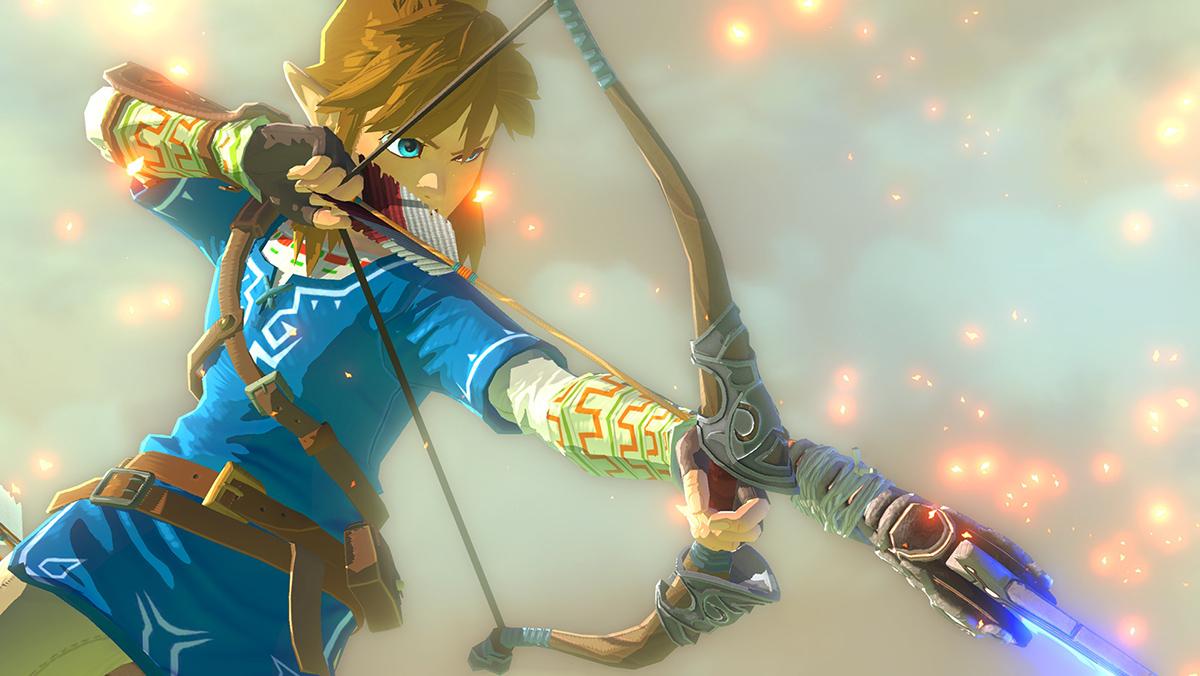 Nintendo
"Legend of Zelda: Breath of the Wild" is the long awaited return of the classic Nintendo franchise. The game is available for both the Wii U and the new Nintendo Switch and features an expansive open world, a range of combat options and numerous twists and turns.
By Matthew Radulski — Staff Writer
Published: March 28, 2017

Legend of Zelda: Breath of the Wild

Video games, like any other artistic medium, are a passageway to escape — an escape from reality and voyage into new civilizations. For over 30 years now, “The Legend of Zelda” series, created by Shigeru Miyamoto and Takashi Tezuka, has been at the forefront of escapism. Each entry in the series built on what was there before. Whether through diversifying combat, expanding the world or perfecting exploration, “Zelda” is a series that has built upon its formula to create its own world that people return to time and time again. “The Legend of Zelda: Breath of the Wild,” a launch title for the Nintendo Switch and swan song for the Nintendo Wii U, satisfies the promise of “Zelda.” The kingdom of Hyrule breathes like never before, and it’s up to the player to discover all its secrets. “Breath of the Wild” is the adventure game that the series has always striven to be.

The game starts with the protagonist, Link, awakening after a century of sleep to discover Hyrule in disrepair. Instantly, the player is left pretty much to their own devices. There is no tutorial on how to get a sword or arrows, and no marker of where to go. Players have to fend for themselves with little guidance of where to go. They may choose to find out what a cloaked wanderer is up to, or instead scale a glimmering tower in the distance. The first few hours of the game are spent on the isolated plateau in the center of Hyrule, but soon the world cracks open. Players are then given a choice: immediately fight the evil Calamity Ganon, the game’s final boss, or explore the world. Calamity Ganon’s corrupted castle casts a wide shadow, and players can take it on whenever they feel ready.

Hyrule is massive. Dozens upon dozens of hours can be spent in Hyrule without having to go to the same place twice. “Breath of the Wild” is available on Wii U as well as the new Nintendo Switch, but even on the now outdated hardware, the world looks gorgeous. One could sit and count the individual blades of grass, then watch a vibrant fire slowly spread to burn the field down. Unfortunately, both versions suffer from frame-rate issues when too many characters are on screen at once. It slows the game to a crawl, but this is a small price to pay to have such a huge world.

Gameplay is a mixture of puzzles, exploration and combat. The glory of the game stems from its trust in the player: Unlike “Zelda” games of yore, it’s up to the player to decide precisely how to defeat an enemy, without any hand–holding or instruction necessary. Instead of solving an elaborate electricity-based puzzle, players could daisy–chain all their swords and shields together to make the current flow. Players could set a trap to lure enemies or simply sneak past them while they sleep. From what clothes to wear, to what food to cook, to how to attack enemies, to what arrows to buy, the freedom of choice is greater than in any “Zelda” before — an exhilarating step forward for the franchise.

The audio of the game suits the world as well. The score and music are customarily excellent, but the voice acting leaves plenty to be desired. The faux English accent for Princess Zelda is a bit overdramatic. The music more than makes up for it, though. Music has been such an important part of the “Legend of Zelda” series, dating all the way back to the original, so fanfares and tunes are branded in fans’ collective memories. “Breath of the Wild” calls back to these tunes in unexpected ways. It rewards the player for knowing the series, but the beautiful score can still be appreciated on its own by an uninitiated player. Strings, bongos, horns, accordions and loads of other instruments pop up to give the different parts of the world their own identity. The tundra, for example, is deathly quiet, with players’ only hearing their own footsteps and wolves howling. In Gerudo Town, though, the music picks up as people shop and talk.

“The Legend of Zelda: Breath of the Wild” is an open world unlike any other. If “Grand Theft Auto” drops a player into the big city, “Zelda” has plunked the player right into the world of J.R.R. Tolkien. The world is massive and rewards exploration. The heart of “Zelda” beats in “Breath of the Wild.” Even though weapons now break and food has to be cooked, it’s still about discovering a brave new world. The most satisfying moment of “Breath of the Wild” is not a cutscene, nor is it a battle. It’s a moment that occurs within the player, perhaps right at the start of the game, when they realize that, yes, Death Mountain can be climbed. The Lost Woods can be conquered, and Zora’s Domain can be saved. The world that seems so large at the start is truly that large and will leave the player longing for just a few more hours to explore, learn and escape.

“Dishonored” lets players explore a dystopian city in the Victorian era and fight the guards protecting the city.

As an homage to his childhood exploring forests around his hometown, Shigeru Miyamoto captured the thrill and whimsy of his adventures as the creator of “The Legend of Zelda” series.