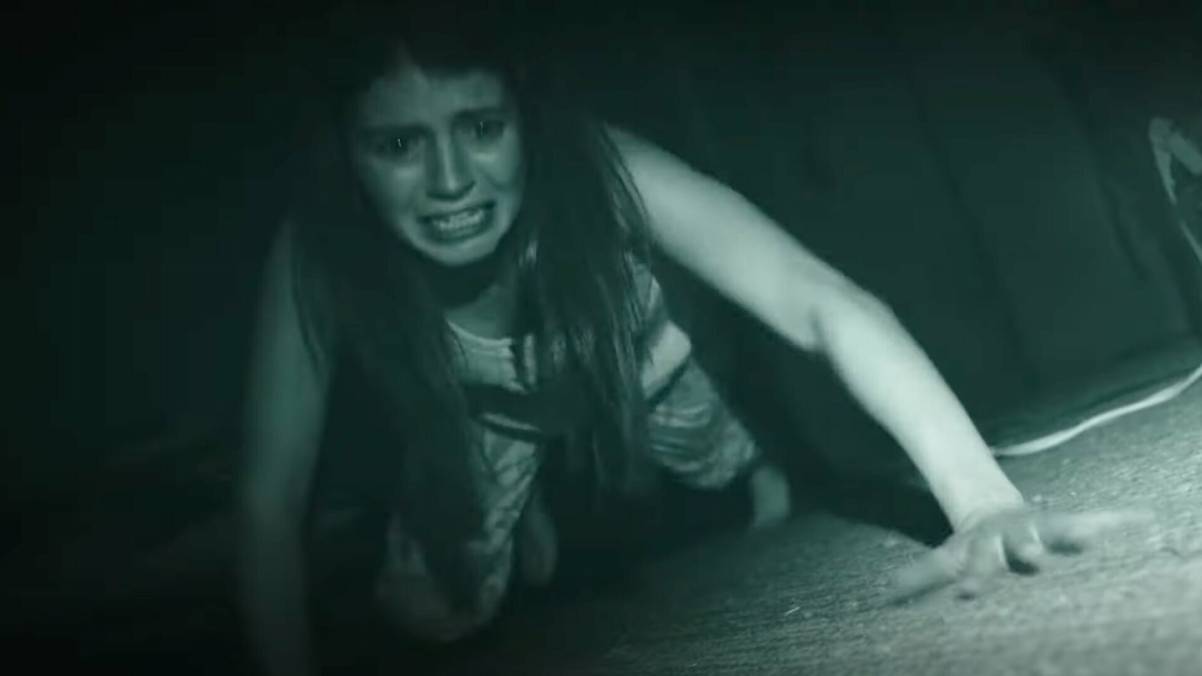 Paranormal Activity: Next of Kin

After seven entries in the “Paranormal Activity” franchise, the flying chairs and door-slamming haunted house shenanigans start to seem like normal activity. Luckily, “Paranormal Activity: Next of Kin” — the franchise’s direct-to-streaming return after a six-year hiatus — remixes just enough of the series’ familiar material to feel worthwhile nearly 15 years after the original film became a cultural sensation.

For the first time in the franchise, “Paranormal Activity: Next of Kin” tells a completely stand–alone narrative, a decision that positions the film as a reboot of sorts. In fact, the script written by Christopher Landon could as easily be a reworked “Blair Witch Project” sequel as much as a “Paranormal Activity” one. After being abandoned by her Amish mother as a child, Margot (Emily Bader) gathers two of her friends, Chris (Roland Buck III) and Dale (Dan Lippert), in the hopes of making a documentary about her family lineage. This venture leads them deep into a strange, secluded Amish community in the middle of winter where bizarre events occur at every turn.

As with the series’s previous entries, “Paranormal Activity: Next of Kin” employs a found-footage presentation to situate the audience in the eyes of its main characters. However, this film uses characters who are filmmakers in order to raise the production value ever so slightly with better equipment than characters would typically use. “Paranormal Activity” films are some of the cheapest horror flicks to produce, with budgets around $5 million and consumer-grade cameras used in order to reflect the idea that this footage was created by a regular person. The presentation of this new entry, however, allows for higher-grade cameras, slow-motion footage and drone shots to breathe some visual creativity into found-footage horror — a genre that died out many years ago. It leads to a visually dynamic end result that occasionally produces some surprisingly stunning images for this series, like a grotesque creature running through the snow or drone shots of the Amish community.

Like the found-footage genre’s forefathers, “The Blair Witch Project” and “[REC],” among others, much of the appeal for a “Paranormal Activity” dissipates after the veil of authentic verisimilitude gets lifted. Much of the appeal in the first “Paranormal Activity” rides on the assumption that what audiences saw truly happened, a notion which quickly faded away with each passing sequel until this new film has no qualms about playing make believe. Therefore, while the other films toyed in the realm of invisible ghosts moving furniture in the night, “Next of Kin” introduces a cave-dwelling monster and eerie cults to mix in a more direct fashion. The end result is a blend of folk and cult horror akin to “Midsommar” with the “Paranormal Activity” zest applied evenly on top.

Unfortunately, many of the tropes commonly associated with the franchise again appear in “Next of Kin.” For one, the found-footage aura is enforced quite haphazardly. Many scenes are shot in a way breaking the illusion that the characters are the ones recording — whether that be through a misplaced cut or placing the camera down to frame the action a little too well. It would be hard to imagine that everything would be in perfect focus while running away from mortal danger.

Another frustrating element is the overreliance on cheap jump scares. The structure of a “Paranormal Activity” film calls for a number of extended tension sequences where characters either attempt to hide or search around until a loud noise disrupts the silence and jolts the audience. In some cases, these jump scares can be done well — there are even some effects moments later in “Next of Kin” — but an overuse of them creates an annoying exploitation of audiences expecting earned horror.

Any franchise eventually runs out of steam at some point, and that moment of creative bankruptcy will be immediately clear to audiences. “Next of Kin” leaves the “Paranormal Activity” franchise somewhere near its deathbed but with enough juice to squeeze out a worthwhile — if slight — horror film.