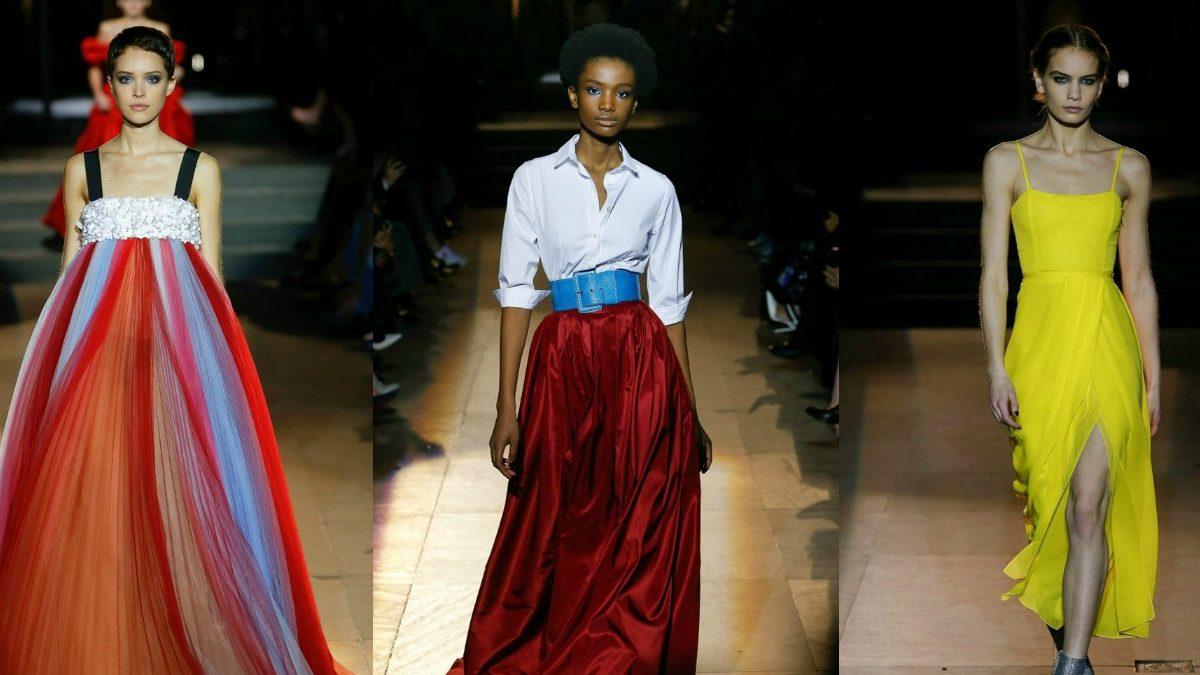 In another season of drastic change at New York Fashion Week, the runway shows were scarce, but their impact was powerful. Many of the Fall 2018 Ready-to-Wear collections included elements of diversity and activism. While a mixed cast of models served as the wow factor in some shows, other shows used unusual elements, like Calvin Klein’s popcorn-covered runway, to pack a punch. Three collections in particular stood out among the bunch. Some were the last for their brands’ creative directors, and others sent an especially powerful message of love and acceptance.

Creative Director Becca McCharen-Tran has always brought a little extra color to the runways with her model selection and eccentric designs. But this season was especially bright, as the models donned neon reds, oranges and blues. McCharen-Tran stayed true to her genuine style. Her shows have always featured the minorities of the fashion industry: models who aren’t the same size, color, age and gender of every other so-called “perfect” high-fashion model. This season’s show included models like transgender model Geena Rocero and bionic artist Viktoria Modesta. McCharen-Tran’s show appropriately displayed the idiosyncratic personalities of her models and designs.

In Carolina Herrera’s last show as creative director for her self-titled brand, she sent a modest, classic collection down the runway. The show opened with black-and-white ensembles reminiscent of her Fall 2017 Ready-to-Wear collection. Each piece featured staple elements of the Herrera brand, like wide, structured belts, accentuated shoulders and elegant necklines. Pops of colorful, metallic fabric were scattered among all-black and more conservative looks, allowing the brighter hues to draw attention.

In the final walk, each model wore a clean white button-down, brightly hued skirt and thick belt. But, perhaps the best portion of the show was the finale, when Herrera herself — wearing a classic black pant and tucked-in white button–down — stepped out onto the runway with her team to say goodbye and pass the torch to her successor, Wes Gordon. Herrera’s modern elegance will be missed on the runways.

After five years at Boss, Jason Wu will join Herrera on the list of designers stepping down from their creative director positions. Wu has always produced feminine-inspired pieces with a little edge, and this show was a perfect tribute to his time at the house. With a knack for reinventing key items in a woman’s wardrobe, Wu did not disappoint this season.

Traditional dresses and pantsuits moved down the runway, but with a bit of Wu’s own twist. Perhaps the most innovative item in the show, a detached, zippable knit neckline, accompanied anything from dresses to sweaters to coats. Even with Boss’s traditionally structured, suited looks, the runway saw plenty of movement from the garments. Slinky dresses glided down the runway, cascading across models’ legs and hips, and even wide-leg pants were pushed and pulled through the air as models trekked down the catwalk.

Interfashional Night honors students from around the globe