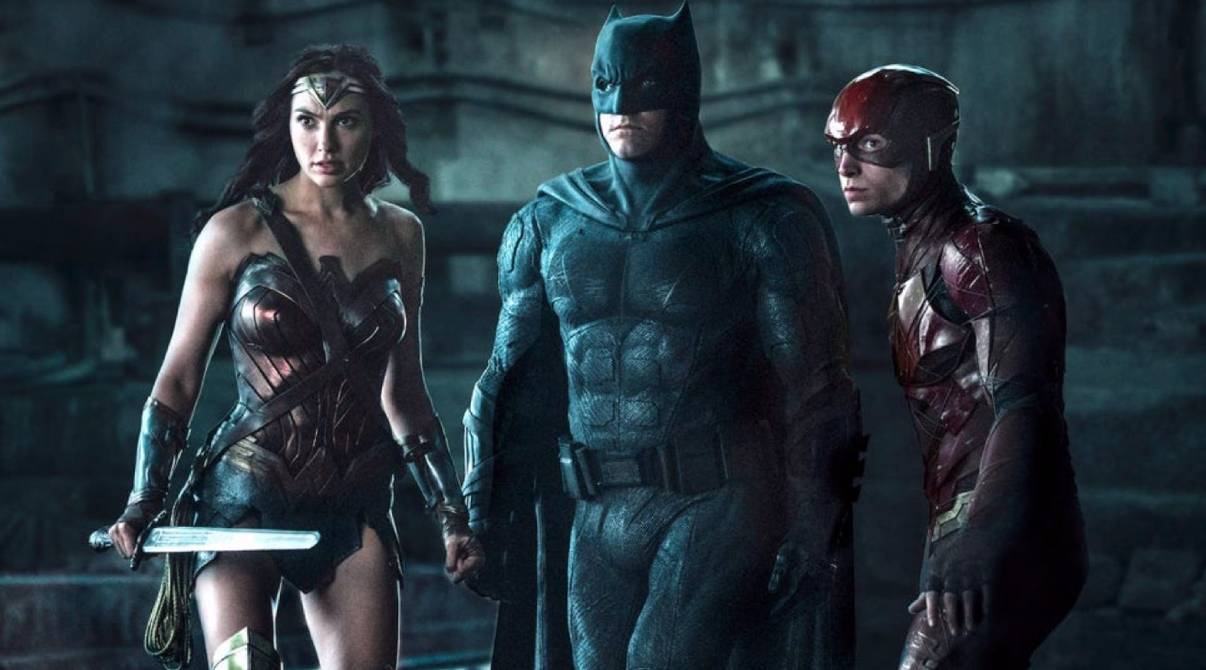 Courtesy of Warner Brothers
“Zack Snyder’s Justice League” appeals to the most childlike desire for seeing a band of superhumans and one rich man dressed as a bat.
By Jackson Noel — Staff Writer
Published: March 24, 2021

The art of the director’s cut is a long-standing and occasionally fruitful Hollywood tradition. Classics like Ridley Scott’s “Blade Runner” and Francis Ford Coppola’s “Apocalypse Now” have each received substantial changes that garnered positive reassessment. However, the extent and cost of the changes that form “Zack Snyder’s Justice League” place the film in a category of its own. The end product becomes an expensive, reassembled epic that does its best to fix everything it can, sometimes coming up short.

The original budget for 2017’s “Justice League” was $300 million, a tremendous gamble for Warner Bros. in the early stages of joining the superhero movie trend. During the film’s production, these stakes grew after a family tragedy removed Zack Snyder from the director’s chair. Snyder was then replaced by Joss Whedon in an attempt to snag Marvel’s light-hearted gold. The final product was a mish-mash of studio interference and a hostile set environment. Audiences quickly became frustrated with Snyder’s removal and began a campaign to reinstate the original director’s full unwieldy vision in its grand scope. Beginning as a meme that fans called the “Snyder Cut,” their voices eventually reached Warner Bros executives. In May of 2020, the studio announced it would grant Snyder $70 million to fulfill his vision. The announcement came with one more kicker: “Zack Snyder’s Justice League” would premiere exclusively on HBO Max.

Well, how much has changed? As it turns out, a lot. The most notable change comes in the form of runtime. In theaters, “Justice League” came out to around 120 minutes, while Snyder’s new version clocks in at a staggering 242 minutes. While many rejoiced that Snyder would finally see his vision followed through uninhibited, many more prepared themselves for sore backs. The reason for such a length quickly becomes apparent though. The film is packed to the brim with even more countless characters, interlocking plot threads, and added context ensure that, at the least, something interesting always fills the screen.

The general plot remains largely untouched — alien creature Steppenwolf (Ciarán Hinds) wants a handful of metallic cubes to summon his evil boss Darkseid (Ray Porter) so they can destroy Earth and rule the universe. In the wake of Superman’s demise in “Batman v Superman: Dawn of Justice,” Batman (Ben Affleck) must assemble a new squad of heroes to defend Earth’s helpless citizens. However, this time around, everyone gets more room to breathe. Ben Affleck still provides one of the best cinematic Batmans, balancing his abilities at playing the brooding, haunted Bruce Wayne with his more violent take on the masked vigilante. Victor Stone aka Cyborg (Ray Fisher) and Barry Allen aka the Flash (Ezra Miller) get the most added screen time. This dutifully helps a lot of the staler story beats in the theatrical cut feel at place in new context. The laughable attempt at giving Barry a backstory in the form of a prison conversation with his father now feels almost sweet with the added work of his new scenes beforehand.

In “Zack Snyder’s Justice League,” more everything is the name of the game. Most of the CGI-heavy action sequences in the original are simply extended, which could be seen as exhausting in the hands of a director without Snyder’s eye for action. Snyder puts his enthralling skills as a director to great use, employing dynamic visual geography to how he shoots each set piece and then pumping it full of slow-motion hero shots. Soaked in hazy reds, blues and silvery grays across a global string of locations, the film is eye candy. With his largest canvas, Snyder paints deliberately and thickly with his vision of a DC universe, something that no one else could replicate in sheer ambition.

If the good gets amplified, then so does the bad. Jason Momoa and Miller linger as two risible casting choices. Momoa plays Aquaman with all the mustered charisma of a beached whale, while Miller poorly runs through quips reminiscent of Tom Holland’s Spider-Man. At best, they garner only eye rolls. Luckily, they are not the captains of this ship, getting outweighed by the rest of the crew. Perhaps the most apparent technical flaw is the new CGI footage. The CGI mostly gets buried within action scenes and is partially tucked away under a thick layer of visual grain. Still, some of the new effects like the background scenery in the climactic battle look rushed and possibly rendered too quickly.

“Zack Snyder’s Justice League” is an overflowing monument of cinematic escapism. It appeals to the most childlike desire for seeing a band of superhumans and one rich man dressed as a bat duke it out with bad guys on the biggest green screen money can buy. A four hour runtime may seem like a daunting task, but the film affords more than enough spectacle to make it worth the investment. With “Avengers Endgame” in the rearview and Marvel focusing on smaller scale projects like series “Wandavison” and “The Falcon and the Winter Soldier,” the pinnacle of gargantuan superhero films has been raised an inch. Whether that goal proves worth topping is another question entirely.