Review: ‘Puzzle’ is poignant and powerful 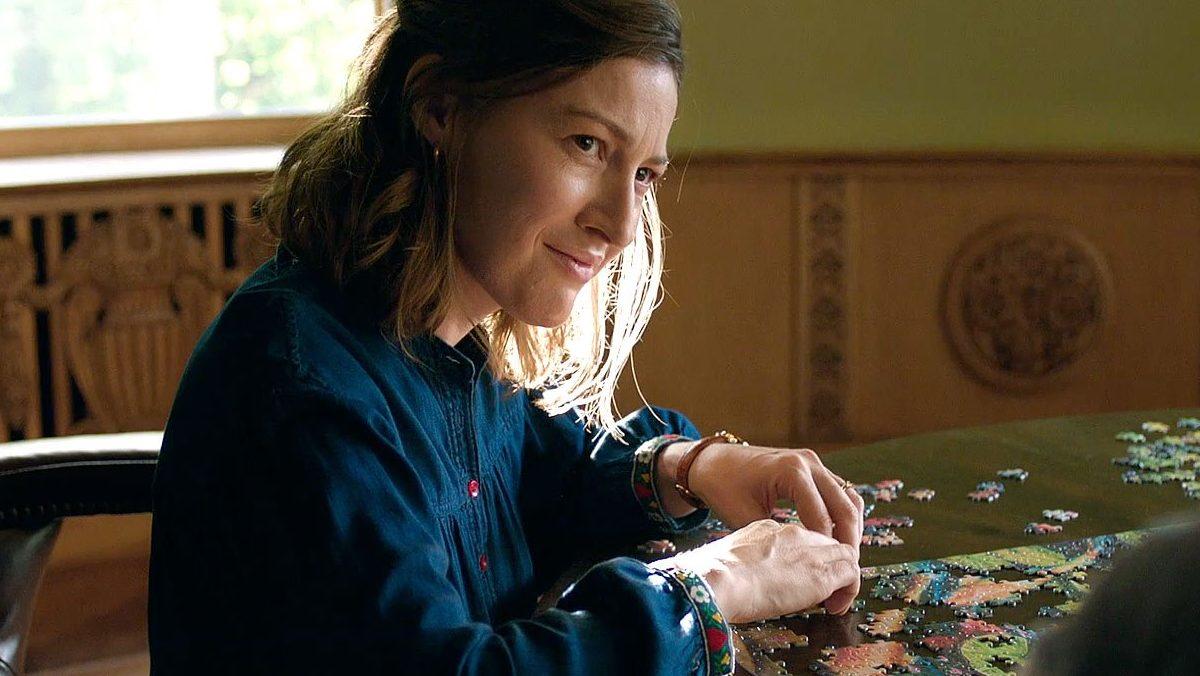 “Puzzle,” a movie about competitive puzzling, is one of a kind.

Inspired by the 2009 Argentinian movie “Rompecabezas” directed by Natalia Smirnoff, “Puzzle” is an unexpected heart–wrencher.

The movie stars Kelly Macdonald as Agnes, a 40-year-old housewife trapped in a loveless marriage and underwhelming family life. At the beginning of the film, the camera pans to show her piecing together a broken plate and trying to sneak out of a birthday party her husband threw for her. This scene brilliantly foreshadows her soon-to-be-discovered passion. Agnes receives a jigsaw puzzle as a birthday gift and becomes fascinated. But her husband, Louie (David Denman), disapproves of her new hobby. Dismissing her husband’s wishes, she secretly finds Robert (Irrfan Khan), a puzzle partner to compete alongside in a national jigsaw puzzle competition. As they bond, he inspires her to become wordlier.

All three of the main actors, Khan, Denman and Macdonald play their roles authentically, which contributes to the realism of the movie as a whole. Khan, portraying a mysterious chess master in “Puzzle,” is well-recognized as a successful actor who has starred in both Bollywood and Hollywood movies. Macdonald, who definitely expresses the depth of her character in this movie, has also acted in several Hollywood films and the hit TV show “Boardwalk Empire.” Denman appears in many well-known television shows such as “The Office” and “Parenthood.”

The suburban town in which “Puzzle” is set appears rural and conservative. For example, Louie, who grew up in the town, comes across as somewhat well-intentioned but was raised with backward, old–fashioned beliefs. Throughout the film, he discourages his son from going to college, makes comments implying that women are less capable than men and shames his son for wanting to be a chef — a “feminine” job, in his opinion. Even Agnes, who is significantly smarter than her husband, is baffled by the thought of her son’s girlfriend being vegetarian. The raw portrayal of conservative, rural America has a powerful effect.

Louie grows suspicious when the previously meek Agnes begins asserting herself. The ending is left vague on purpose, leaving the audience to draw its own conclusions about what happened after the movie, making it more interesting.

Although the ambiguous ending is clearly purposeful, some may find Agnes’s choice at the conclusion frustrating and unsatisfactory. But sometimes, movies aren’t about the decisions made but rather a character’s emotional mindset and train of thought behind them. Macdonald beautifully conveys her character’s thoughts through her subtle but powerful acting. Director Marc Turtletaub’s “Puzzle” pieces together complex emotions, a creative plot and moving acting to create an engaging, poignant film.