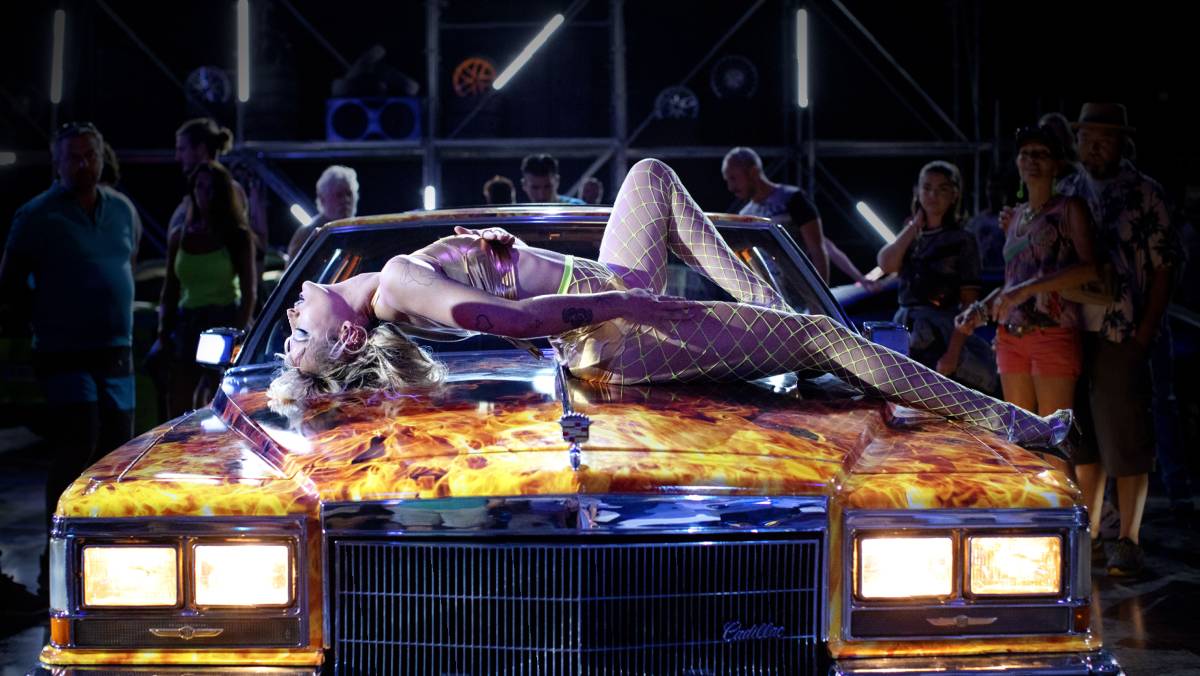 Winner of the Palme d’Or, the most prestigious award given out at the Cannes Film Festival, “Titane” is writer and director Julia Ducournau’s follow-up to the cannibalistic body horror film “Raw.” In “Titane,” the story follows Alexia (Agathe Rousselle), who gets into a car accident at a very young age. In just the beginning of many strange events that populate the film, Alexia gets a titanium plate ingrained into their head and develops a sexual attraction to cars. What follows this inciting incident must be seen to be believed in one of the most disturbing and best films of recent years.

“Titane” cements Ducournau as one of the most exciting and uniquely bold directors of her time; if there is any justice, she will receive a Best Director nomination at the Academy Awards for her work here. “Titane” is a brilliant film filled with gruesome, sadistic body horror from start to finish. Despite this, even in the film’s most hard–to–watch moments, Ducournau never loses sight of her characters being the focus of every scene. Many scenes are shot in long takes, allowing the audience to take in the visceral experience of the characters. This is most prominent at the beginning of the film, when viewers see women stripping in front of cars. There is a beautiful long shot here that allows the audience to take in the highly sexual nature of the environment, while also not allowing the audience to give in to the ‘male gaze’ that has plagued so many other female-led horror films. Ducournau is thankfully more interested in exploring the experience Alexia faces in regards to their gender and body, rather than the experience men have watching the main character.

Ducournau, in her screenplay and direction, manages to balance three very different acts as the story twists at nearly every turn. It is partially a relentlessly violent serial killer film, a father and child drama and a gruesome horror movie all at once. At the core of “Titane” is an effective story about trauma and gender expression, which the extreme violence and twists in the story reflect. For a large majority of the story, in order to avoid getting arrested by the police, Alexia disguises themself as a man. Throughout the rest of the story, particularly with the relationship that Alexia builds with father-figure Vincent (Vincent Lindon), the audience sees Alexia explore their gender and the way they present themself to the world. This often takes extreme measures, as Alexia physically harms themself in order to disguise their femininity. Although these scenes are extremely difficult to watch, with some extremely unsettling images put to the screen, they are necessary. These scenes help the audience understand the brutal lengths that unresolved trauma and rigid gender roles in society can have on a person physically and mentally.

“Titane” can be described as a lot of things, but being shocking just for the sake of being shocking is not one of them. Although some forewarnings for extremely graphic violence and sexual content should be shared, “Titane” is an excellent film. For those that can stomach it, “Titane” deserves to be seen on the big screen and hopefully won’t go overlooked by award shows and audiences alike for its hard-to-stomach, body horror.