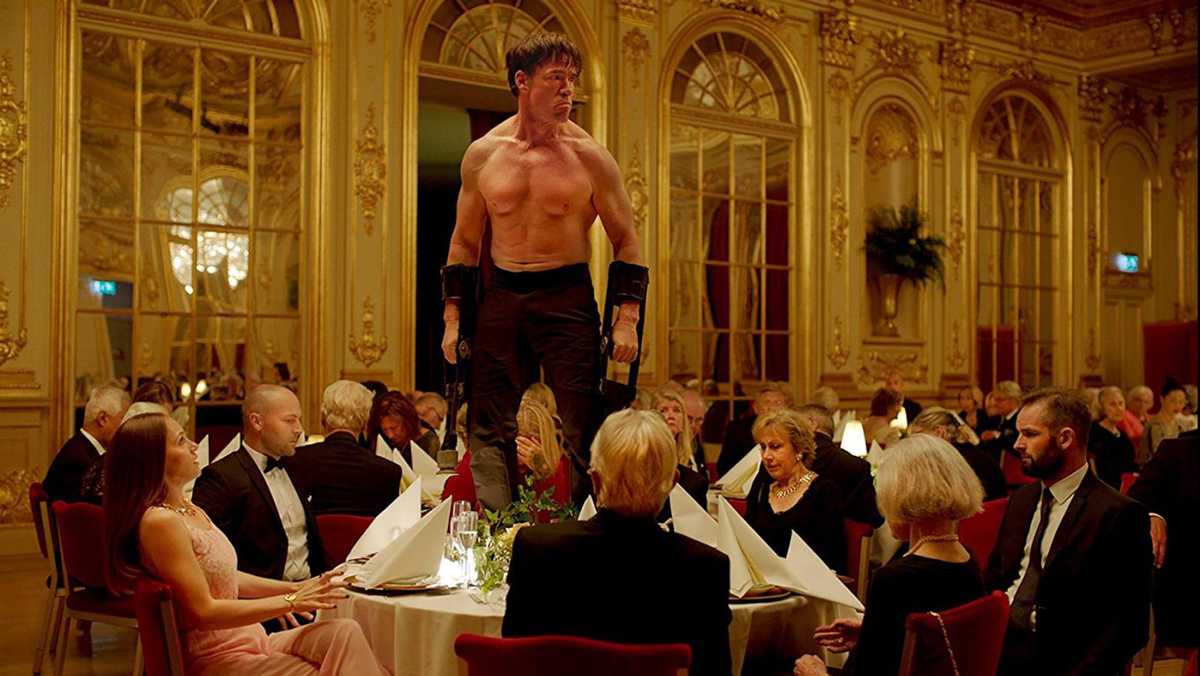 “The Square” has been advertised as a bombastic satire of postmodern art from writer and director Ruben Östlund. However, this movie is actually a patience-testing, two-and-a-half hour film without a clear message.

The movie follows Christian (Claes Bang), the curator of an affluent Swedish contemporary art museum. Christian considers himself to be a good man and a devoted father who actively tries to use his wealth to help the less fortunate. However, Christian’s sense of morality is challenged when he is robbed and decides takes drastic measures to get his phone, wallet and his grandfather’s cufflinks back. The situation continues to escalate due to Christian’s decision to leave accusatory letters in every apartment in his robbers’ building. At the same time, his museum’s public relations team crafts a dramatic ad campaign for their latest art installation “The Square,” an LED square that’s supposed to represent peace and equality.

As Christian is spread thinner and thinner by his hectic life, everything starts to fall apart at the museum. All the while, he must appear calm and professional to Anne (Elisabeth Moss), a reporter writing a story about the museum.

The film is at its best when it’s offering up skewering social commentary and character development. The sex scene between Christian and Anne is hilariously awkward and features clever dialogue between the two. Another great scene features Oleg (Terry Notary), a bulky man who acts like an ape during the opening dinner for the new exhibition at the museum. Everyone there finds it amusing until the performance starts to go too far and the situation escalates into violence. It’s a tense and fascinating scene that leaves viewers conflicted on the performance and how far art should push boundaries.

A third engaging scene depicts a press conference where everyone in attendance ignores what Christian is trying to say and instead just pushes their own agendas on him in the form of questions. It’s a simultaneously funny and frustrating demonstration on people’s unwillingness to listen to each other in the modern age. These captivating scenes act as fascinating case studies of modern life through sexual politics and the role of art and the media. It’s hard to tell exactly what Östlund is trying to say in these scenes, which allows viewers to form their own conclusions instead of feeling like they’re being preached to.

Unfortunately, Östlund makes a number of creative decisions that interfere with the film’s entertainment value overall. Far too often, this movie indulges in protracted sequences of absolutely nothing. Christian going to pick up a package at 7-Eleven becomes a three–minute scene made up of three shots. When the film cuts back and forth between characters, there are two static shots for minutes on end. There isn’t anything inherently wrong with long takes and infrequent camera movements, but if the characters aren’t doing anything interesting on screen and there aren’t any engaging cinematic techniques being used by the director, the movie simply becomes boring and visually monotonous. This would be more palatable if the frame were rife with visual metaphor and thought–provoking imagery, but that’s not the case. The longest sequences tend to just be one or two shots of characters having bland conversations in a car.

Another problem is the lack of overlap between Christian’s storyline and the subplots at the museum. His lack of focus at work does have its consequences, but for the most part, the various storylines remain separate throughout the entirety of the film. This lack of interconnection lessens the feeling of importance of every subplot, as it’s hard to tell what even matters.

Despite the patience-testing editing, this is a well–crafted film on a technical level. The cinematography, lighting, set design, costume design and acting are all well–executed. The writing feels consistently realistic, hilarious and thought–provoking at its best. Unfortunately, this strong filmmaking isn’t used to tell a coherent story or express a clear message. This film may want to argue that artistic elites don’t practice what they preach when it comes to equality and caring for society’s weak. However, the film contradicts itself on how it thinks people should act to those less fortunate and how people should be held accountable for their actions. It’s hard to tell if what happens to the characters over the course of the movie is supposed to be a punishment for their misdeeds or an unprovoked tragedy, making the takeaway unclear.

“The Square” offers plenty of other critiques as well. This movie highlights people’s unwillingness to open themselves to art, the folly of social media and its relationship to the news, and the power dynamics of sex. Most of these themes are just sardonically hinted at instead of being fully developed. Ultimately, this film feels a lot like real life — long, boring and hard to discern a clear message from. This may have been Östlund’s intention and could’ve made for an interesting movie. Unfortunately, this strategy didn’t make for anything entertaining or captivating.

Ultimately, “The Square” is a prime example of a filmmaker trying to say far too many things with not nearly enough words. This leaves viewers with nothing gained from two and a half tedious hours of their lives.