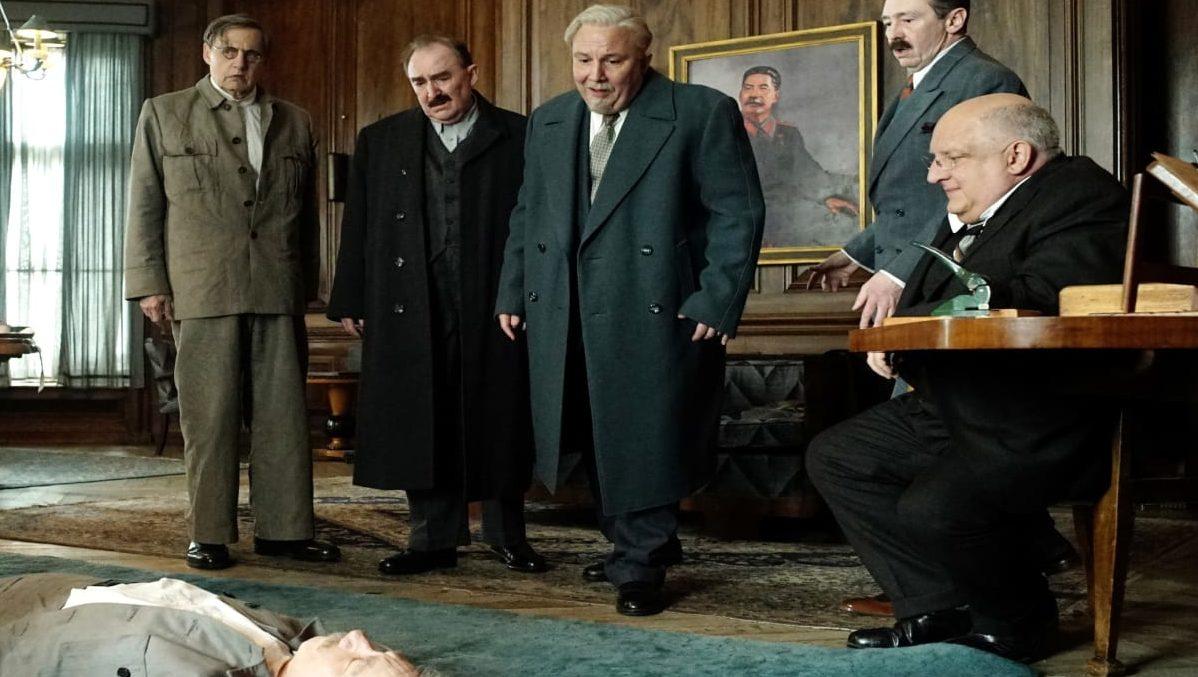 Main Journey
Director Arnando Iannucci returns to political satire with "The Death of Stalin," which follows the senior members of Josef Stalin's Council of Ministers as they fight to take control of the government.
By Michael Friedman — Staff Writer
Published: April 9, 2018

The Death of Stalin

Director Armando Iannucci has had a successful career using his brilliance as a writer to craft political satires such as his hit comedy series, “Veep.” The show contains many outrageous moments, but it is fiction. With his latest film, “The Death of Stalin,” he tackles the chaotic aftermath of Josef Stalin’s death in 1953. Events are exaggerated humorously, and it is shockingly comical to see the backstabbing and the power struggles caused by Stalin’s death.

“The Death of Stalin” focuses on the senior members of Stalin’s Council of Ministers. The most important members are Nikita Khrushchev (Steve Buscemi), Georgy Malenkov (Jeffrey Tambor) and Lavrenti Beria (Simon Russell Beale). After Stalin dies, they scramble to figure out how to address his death, fix the government and, most importantly, decide who gets to be in charge.

Malenkov is put in charge after Stalin’s death. However, this doesn’t stop Khrushchev and Beria from simultaneously trying to give orders that fit their own agenda. This constant battle for attention is what makes Khrushchev and Beria such compelling characters. Khrushchev is capable of leadership and willing to do whatever it takes to get himself into Malenkov’s position. He goes behind people’s backs and spreads lies to get his way. Beria is the head of Soviet Security and the Secret Police, so he sets prisoners free to win over his colleagues. There is one uniting factor for all of the characters: They’re all liars. They will all do whatever it takes to replace Stalin, and this arrogance is where the humor comes in.

Almost every line in Iannucci’s quick-witted script amuses. Whether it’s a well-worded insult or situational, the humor is all ludicrous. One humorous detail is that none of the actors speak in a Russian accent — not even Stalin. This small choice adds a lot to the satire because of how bizarre it is. Every character has their moments of humor, but it isn’t until Georgy Zhukov (Jason Isaacs) enters the frame in glorious slow motion when the banter cranks up a hundred notches. Isaacs outshines every other actor when he is on screen. This is partly due to the writing, but also to his marvelous delivery. He can hurl an insult like no other due to his character’s serious yet overwhelmingly sarcastic personality. There is a scene where Khrushchev asks Zhukov to help him in an act of treason. Zhukov scowls and tells Khrushchev that he will have to report him. As Khrushchev stands there looking terrified, Zhukov begins hollering, “Look at your face.” He is always one step ahead of all the other characters when it comes to the battles of wits, and this makes him a show-stealer.

However, behind all the comedy are glimpses into what was really going on during this dreadful time in history. By utilizing handheld cinematography for a majority of the movie, Iannucci puts the viewer directly into the witty conversations — and into treacherous acts of violence. There are many scenes where Beria is visiting prisoners that Stalin has locked up. During these scenes, Iannucci depicts violence in a thought-provoking way both visually and aurally. He shows prisoners being thrown down the stairs or being beaten, and guards are heard yelling “Long live Stalin!” before shooting a prisoner. The violence is only shown in the background, and rarely is it shown explicitly. Because of this technique, the audience watches this movie from the point of view of the members of Stalin’s council. Since the violence is only background noise to them, that’s how it’s presented to the audience. This is an extremely effective way to show the characters’ lack of morality.

“The Death of Stalin” contains hilarious performances across the board, a razor-sharp script and a desolate tone that adds plenty of emotional depth. It is ferociously funny, yet its bleak undertones will leave the viewer pondering the historical event that caused pain to so many.