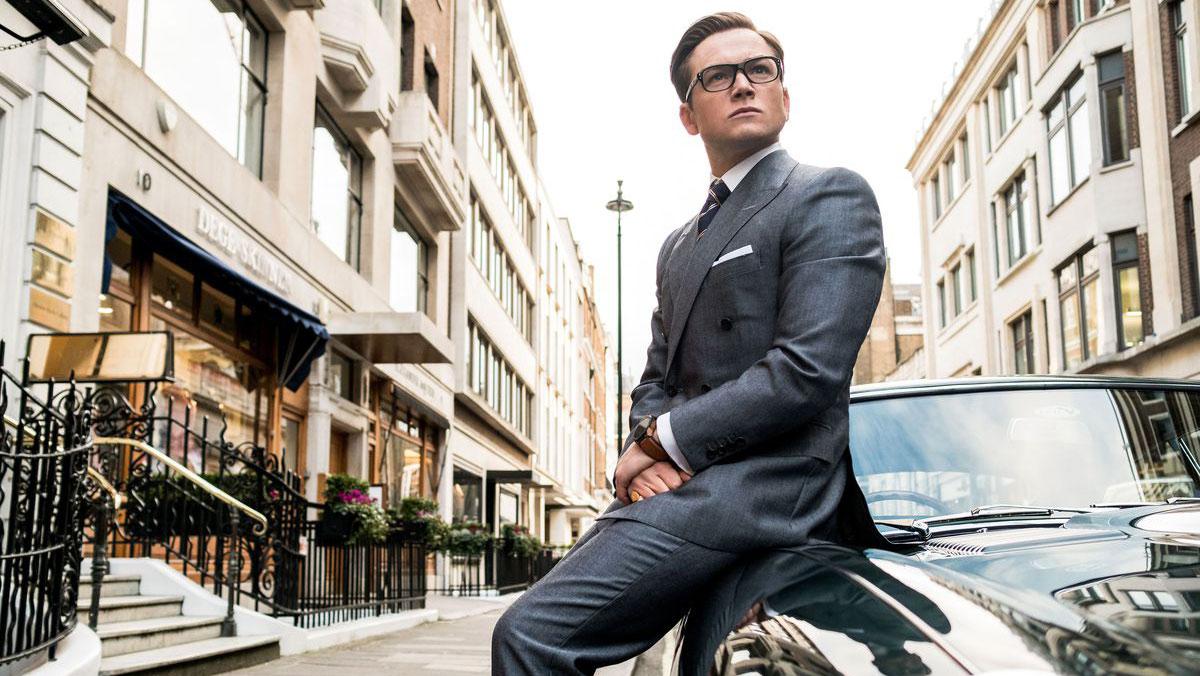 “Kingsman: The Golden Circle” opens with an intense action sequence that features Eggsy Unwin (Taron Egerton) being confronted by Charlie Hesketh (Edward Holcroft), who is one of the rejected Kingsman recruits from the first movie. He confronts Eggsy in a taxi and pulls a gun on him. Eggsy throws Charlie into the cab and a massive taxi chase ensues. The camera sweeps all around, similar to the church scene in “The Secret Service”; the film speeds up and slows down and viewers are instantly reminded of the over-the-top, James Bond–like appeal that audiences fell in love with in the original film.

“Kingsman: The Golden Circle” is the highly-anticipated sequel to the ultra-violent 2015 film “Kingsman: The Secret Service.” In the original film, a talented yet reckless young man named Eggsy is recruited by agent Harry Hart (Colin Firth) to be a trainee for the British spy organization, the Kingsman. Harry eventually dies and leaves Eggsy to continue the Kingsman legacy. The original film was beloved by most viewers because of how outrageous the plot and action sequences were. “The Secret Service” was silly and absurd and unafraid to indulge in goofy comedy, but there were still modern and realistic elements at its core. “Kingsman: The Golden Circle” leans too far into these over-the-top elements.

In the sequel, a mysterious villain launches an attack on the Kingsman and destroys their headquarters, leaving only Eggsy and Merlin (Mark Strong) as the remaining two agents. With the world in danger, they recruit the help of Kingsman’s U.S.-based cousin, Statesman, to help them take down the villainous Poppy Adams (Julianne Moore).

“Kingsman: The Golden Circle” features many sequences that are reminiscent of “Kingsman: The Secret Service.” At the same time, there are some other scenes that look they were pulled straight out of a comic book movie like “Avengers: Age of Ultron” or “X-Men: Apocalypse.” While this isn’t necessarily an issue, it isn’t the direction the franchise should have taken.

Egerton’s character is given some great development and a satisfying storyline this time around. The same can be said for Strong’s Merlin and Pedro Pascal’s Agent Whiskey. As for the rest of the characters in this film, they are underwhelming, underdeveloped or both.

First of all, Harry Hart should not have returned. The first act of the film showed how devastating his death was to Eggsy, and that grief could have motivated his character. Nevertheless, Harry returns to life in the most unsatisfying way possible. To be fair, once the movie explains his resurrection and gives the character his memory back, Harry becomes a much more enjoyable character and the viewer quickly realizes how necessary Firth’s character is to this franchise. His wits, aptitude and charm add so much to the film — Harry is an anchor for viewers to cling to. He is a voice of reason in an unreasonable world. The mentor-apprentice bond between Eggsy and Harry is charming and heartwarming. It’s one of the few pure relationships in the film. The execution of Harry’s return in the story is disjointed and almost takes the viewer out of the film.

Jeff Bridges, Channing Tatum and Halle Berry play Statesmen. Despite the A-list cast, the characters are one of the weakest parts of the film. While it was enjoyable seeing all of these well-known actors in the movie, none of them were truly developed. Just like “Kong: Skull Island” demonstrated earlier this year, major Hollywood studios cannot throw a bunch of big-name actors into a film and expect their characters to be spectacular.

When it comes to the action, it’s hard to be disappointed, as “Kingsman: The Golden Circle” displays some of the best action sequences you’ll see all year. While the film relies on the CGI a tad too much, the action is truly incredible to watch on the big screen. The violence is intense and keeps viewers on the edge of their seats. Director Matthew Vaughn has proved once again that he knows how to direct action. It’s creatively immersive and exciting. There’s a kinetic rhythm to every fight, a flow that is almost balletic in its depiction. Also, without ruining certain scenes, the film delivers on providing those disturbing, over-the-top moments that were in the first film.
“Kingsman: The Golden Circle” is nowhere near as original as its predecessor. The film has its flaws, as there are quite a few problems that bog down the overall experience. Vaughn tried to make this film “bigger and better” by doubling down on the action and the satire, but in the end, it is a bit disappointing. Hopefully, the third installment of the “Kingsman” trilogy will return to the balanced, grounded and funny style that made “Kingsman: The Secret Service” enjoyable.