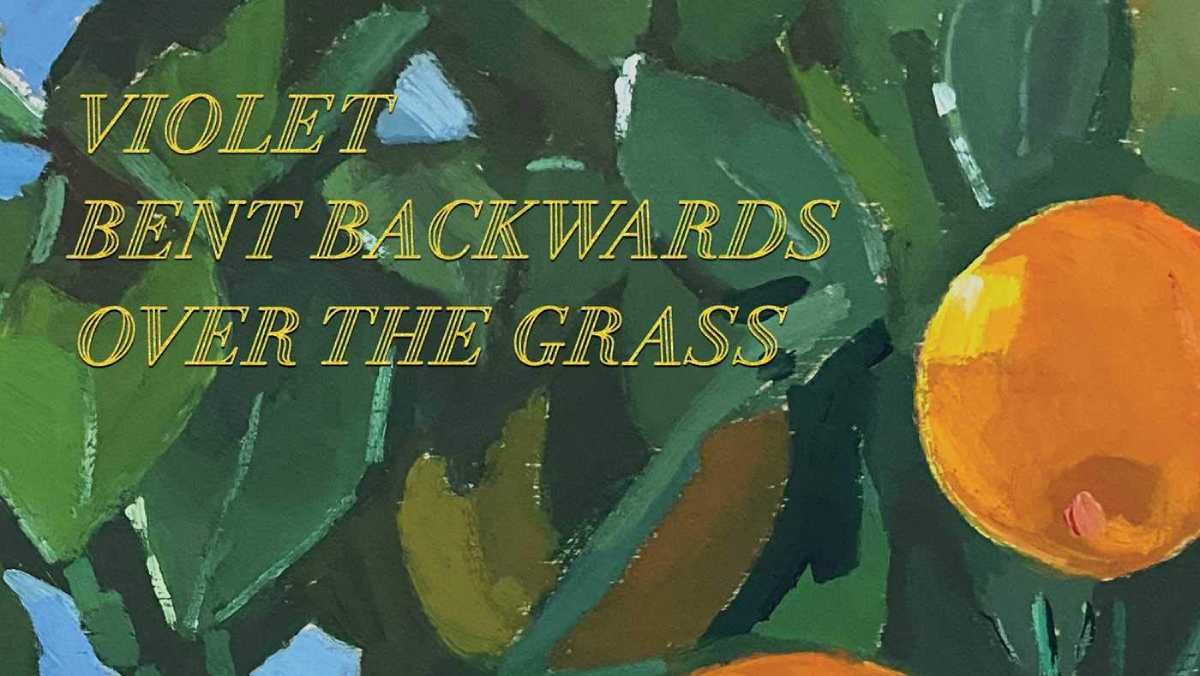 Violet Bent Backwards Over the Grass

The aesthetic of “Violet Bent Backwards Over the Grass” feels like a continuation of Del Rey’s most recent album, “Norman F—ing Rockwell!,” also produced by Antonoff. Listeners can see this throughout the poems’ styles, especially in the opening poem, “LA Who Am I to Love You.” It is a mix of a plea and dedication to the city. In the poem, Del Rey personifies Los Angeles as a mentor, friend and lover. She begs for an answer about if she belongs there or not. As her tone becomes more upset, the piano and strings in the background transform into a tranquil flurry. The use of repetition when she asks LA if she “can come home now ” becomes more heartbreaking as she continues to read.

In “Happy,” Del Rey describes that the best moments in life are the small ones, like having a lengthy phone call with a loved one. The line, “They say that I’m rich, and I am, but not how they think,” flows smoothly, followed by detailed and elegant descriptions of these intimate memories. Del Rey sharing these thoughts makes for an intriguing, comforting listen.

“Never to Heaven” is a cheerful excerpt. As an acoustic guitar strums pleasant notes, Del Rey talks to a fictional character named Joe. She shares her hopes and fears with him: “’Cause I have faith in man as strange as that seems / in times like these.” The poem is separated into stanzas, but it flows like a thoughtful story. In contrast, “Paradise Is Very Fragile” is more doom and gloom as Del Rey shares her worries about a sustainable future. The poem’s lines are a powerful eulogy for the hurting United States. A synthesizer adds to the poem’s sadness and hopelessness. In every poem, whether joyful or sorrowful, the music matches the tone of the album.

In “Tessa DiPietro,” Del Rey recalls a visit to a psychic named Tessa DiPietro. Unlike the rest of the poems, this one sticks to a strict rhyme scheme. This form of poetry makes Del Rey’s voice bounce beautifully as she reads. A fascinating part of the poem is how Del Rey mentions Jim Morrison, lead singer of The Doors. While Del Rey describes Morrison as “a god on stage,” psychic DiPietro dismisses this and ends the poem with the line: “And have you ever read the lyrics to ‘People Are Strange’? / He made no sense!” The mystical elements of the stanzas are strange and captivating.

The title track is just a short 16 lines, but it speaks about the narrator’s frustrated feelings and high expectations for adulthood. As it turns out, “Violet” is not a flower but a seven-year-old doing a “fallen handstand.” This sudden but pleasant twist in the listener’s expectations is not seen in the other poems. At the beginning of the collection, Del Rey sounds terse, yet, by the end with Violet’s indirect help, her voice sounds relaxed.

Del Rey has more bite in her voice in “Salamander.” The creature represents Del Rey’s anxieties about not being considered a real poet. She curses the creature for this insecurity. There is a dash of humor in the third stanza as Del Rey flaunts her confidence: “My life is my poetry. My lovemaking is my legacy!” While her tone is much more excited, the hazy guitar strumming in the background remains calm. Despite this juxtaposition, the two balance each other out well.

“Violet Bent Backwards Over the Grass” fits perfectly with the rest of Del Rey’s discography and proves that the performer can truly write quality poetry. Themes of love, loss and hope are common, but Del Rey puts her own creative twist on them. Clocking in at approximately 40 minutes, Del Rey’s collection of poems is a wonderful and concise listen.