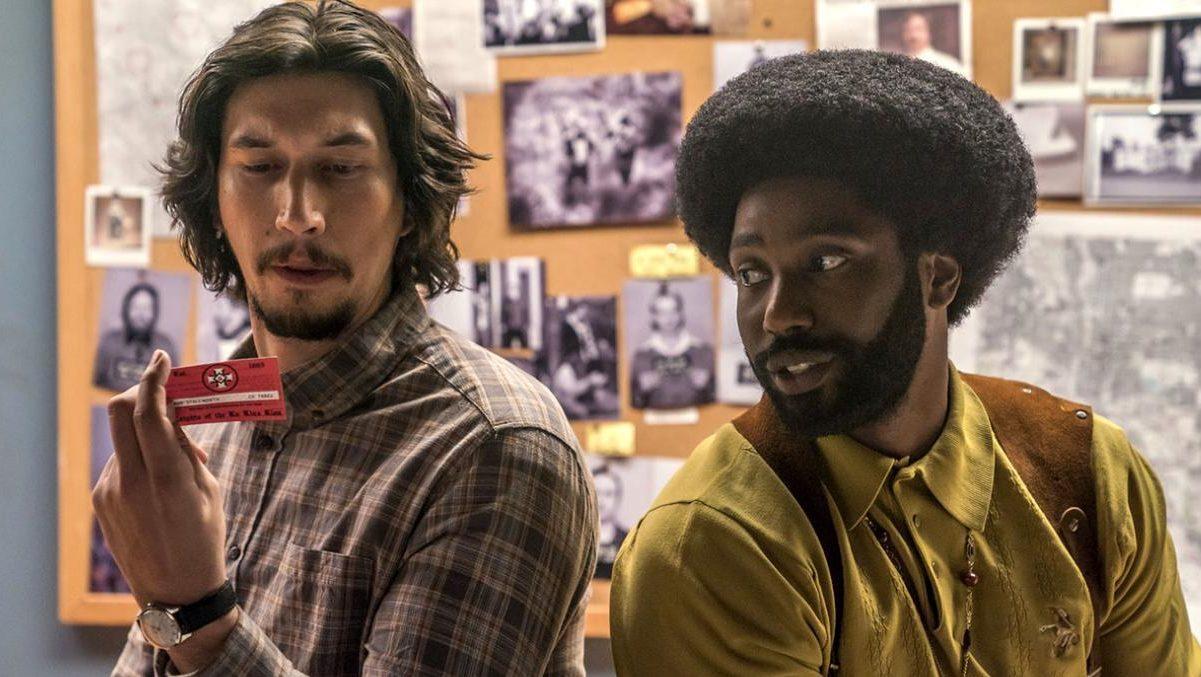 “BlacKkKlansman” is an insane, true story that marks the triumphant return of director Spike Lee.

The film follows Ron Stallworth (John David Washington) and his journey joining the Colorado Springs Police Department and infiltrating the Ku Klux Klan in 1979. Stallworth is black, and he has to send a white police officer named Flip Zimmerman (Adam Driver) in his place to interact with the Klan. This is a film that manages to accomplish something few others have been able to achieve before. It tells a highly politicized story with nuance and critique. With outstanding performances from John David Washington, Adam Driver and Topher Grace, the film manages to tell a story that is moving, funny and relevant all at once.

While it is an amazing story, there are times where it becomes difficult to watch because of the way the KKK is presented. Spike Lee has done a remarkable job showing Klan members and their opinions without censoring them at all. This makes the film almost unbearable to watch due to the excessive use of racial, homophobic and anti-Semitic slurs strewn throughout the film. However, this is the point of the movie. It’s clear that Spike Lee does not want to shy away from the extreme behaviors that these people exhibited. While the film often times uses characters like David Duke (Topher Grace) for comedy, Lee never lets the viewer forget just how dangerous the KKK’s way of thinking is.

Washington’s overwhelming charisma makes him a pleasure to watch. He has a kind of swagger that fits the ’70s detective style like no other actor. In his first scene, Stallworth, dressed in a brown leather jacket, stands outside a police station and checks out his hair before strutting inside. It’s this kind of attention that makes Stallworth carry the same style as characters in “Superfly” or “Shaft.”

Adam Driver’s performance is another example of his captivating talent. This movie shows him play a man in the police force who is acting as Stallworth’s surrogate white man. Driver’s role is the most difficult in the film because of his emotional insecurities that arise later in the film.

The crowning jewel of acting in “BlacKkKlansman” is Grace’s portrayal of Duke. Grace manages to capture the pretentious and faux-intelligent attitude of Duke. Duke is not known for his relentless id-fueled attacks on opposing groups and usually prefers to arm his disciples with his twisted opinions. That type of behavior is captured by Grace so well that it is almost startling. There are lower members of the Klan who are shown to be racist just for the sake of being racist. They are willing to act out and fight people without much provoking. Duke is shown to interact with minorities with less aggression and more disgust.

The production design and costuming are also well done. Stallworth is almost always wearing shirts with butterfly collars or leather jackets with turtlenecks underneath. This kind of style immediately puts the viewer in the setting of the movie.

The most shocking strength of “BlacKkKlansman” is the music, and not just the needle drops, but the vibrant, high–energy original score as well. It’s been proven by films like “Guardians of the Galaxy” that abundant throwbacks to old rock and soul music can help a film work. What makes “BlacKkKlansman” different is the incredible score by Terence Blanchard. Using a ’70s funk sound combined with a more modern cinematic sound, Blanchard creates something that is both epic and groovy.

“BlacKkKlansman” manages to be both a powerful social commentary and an entertaining story. It’s a timely tale that illustrates age-old issues like homophobia, anti-Semitism and racism and makes them applicable to today’s issues. But even in the film’s darkest moments, Lee’s movie is never completely devoid of hope. It’s a warning and a call to action, not a film mired in despair.

Review: ‘I Am Not Your Negro’ confronts white complacency